I know it was kind of the style in the late 1970s/early 1980s to have the narrator speak to the characters in the caption boxes, but Chris Claremont’s over-writing was evident even in this early issue.  Look at how Cyke wrestles with Thunderbird’s death.

In the next panel, he fires his eyeblasts in rage. 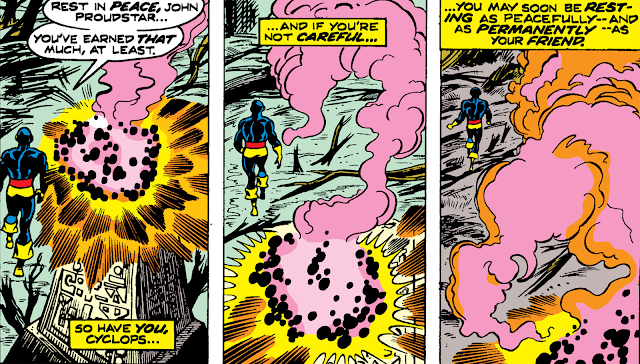 This inadvertently releases demons, who the team fight for this rest of this issue. 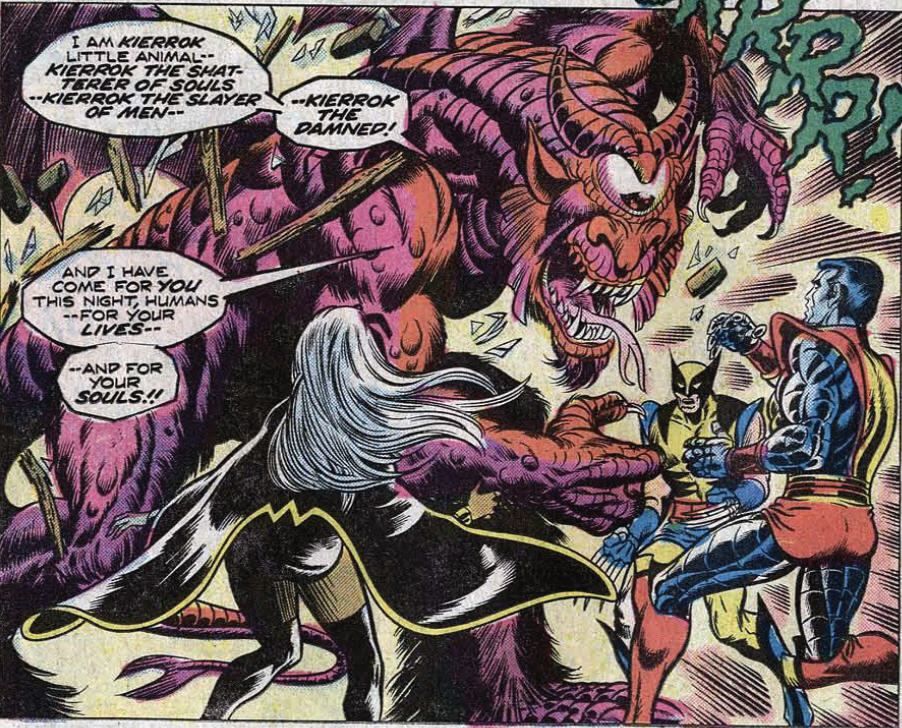 During the battle, Storm has flashbacks of her childhood, which help develop her origin.