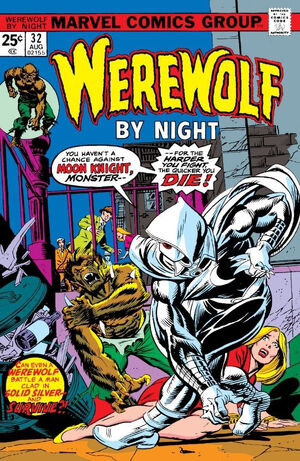 Moon Knight started as a monster hunter in the pages of Werewolf by Night by Doug Moench and Don Perlin.

It makes sense that Moon Knight, a hero who throws moon-crescent darts, would debut in Werewolf by Night.  But here he looks nothing like the character he eventually would become.  He’s got a weird cape that tucks into his wrists, he flies in a regular helicopter (but it is piloted by Frenchie), and he’s essentially a monster-hunter-for-hire. 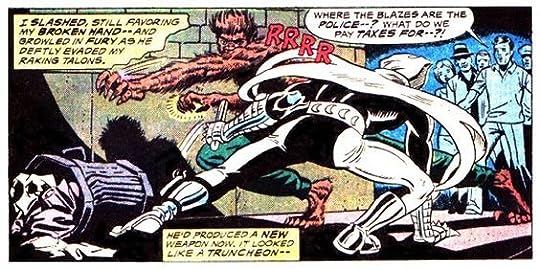 He was hired by “The Committee” who wanted to take down Werewolf as being “bad for business,” because tourists are afraid of werewolves, but by the end of the issue Moon Knight realizes The Committee are jerks and he lets Werewolf get away.

He returns a few issues later, briefly, as part of another merc group hunting the Werewolf.  The character was hardly formed. He needed to evolve.