In a story called, “Spider-Man Night Fever” (ugh), we meet Hypno Hustler for the first time.  HH is such a badass that he can be defeated by earplugs. These early issues of PPTSS are really pretty bad.  But hang in.  The series gets much, much better later on.  And come on, who doesn’t want to see The Supremes as a bunch of killer back-up singers? 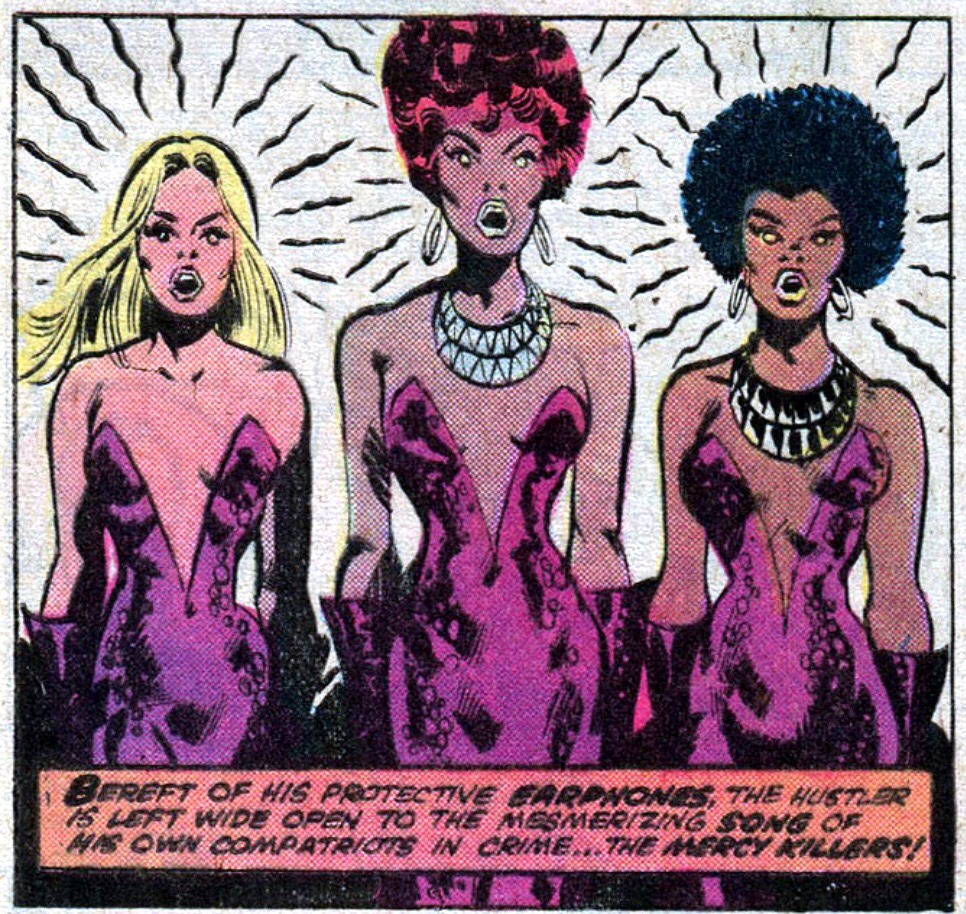