It wasn’t until I started doing this crazy project where I’m reading every Marvel comic ever (or just about) that I realized how much good work Steven Grant put out.  I mean, I knew about his work on Punisher—a five-issue miniseries that arguably set the tone for the character that still exists today, but he also turned in script after script of solid work on titles like Moon Knight, Spider-Man, and, of course, Marvel Team-Up.  Where he created Mockingbird in this very issue.  (This doesn’t mean I forgive him for his terrible conclusion to the Omega story in The Defenders #76-77.

It starts with Peter Parker returning to NYC from LA, where in the last issues he met Tatterdemalion and Dansen Macabre.  (Which, I just realized, means that Grant introduced two new female characters in two issues—that’s gotta be a record for new women in comics.)  A woman who also is getting off the plane gets ambushed by some thugs who shoot her in the chest, revealing a costume underneath.

Turns out, they’re not thugs—they’re SHIELD agents, and Spidey helps her escape (not realizing she’s on the run from SHIELD).  He drives a car.  I thought he couldn’t drive. Of course, it turns out she’s a double agent rooting out corruption in the organization.

So it’s all happy in the end.  Except that editor Mark Gruenwald can’t let Grant get the credit for creating Mockingbird… 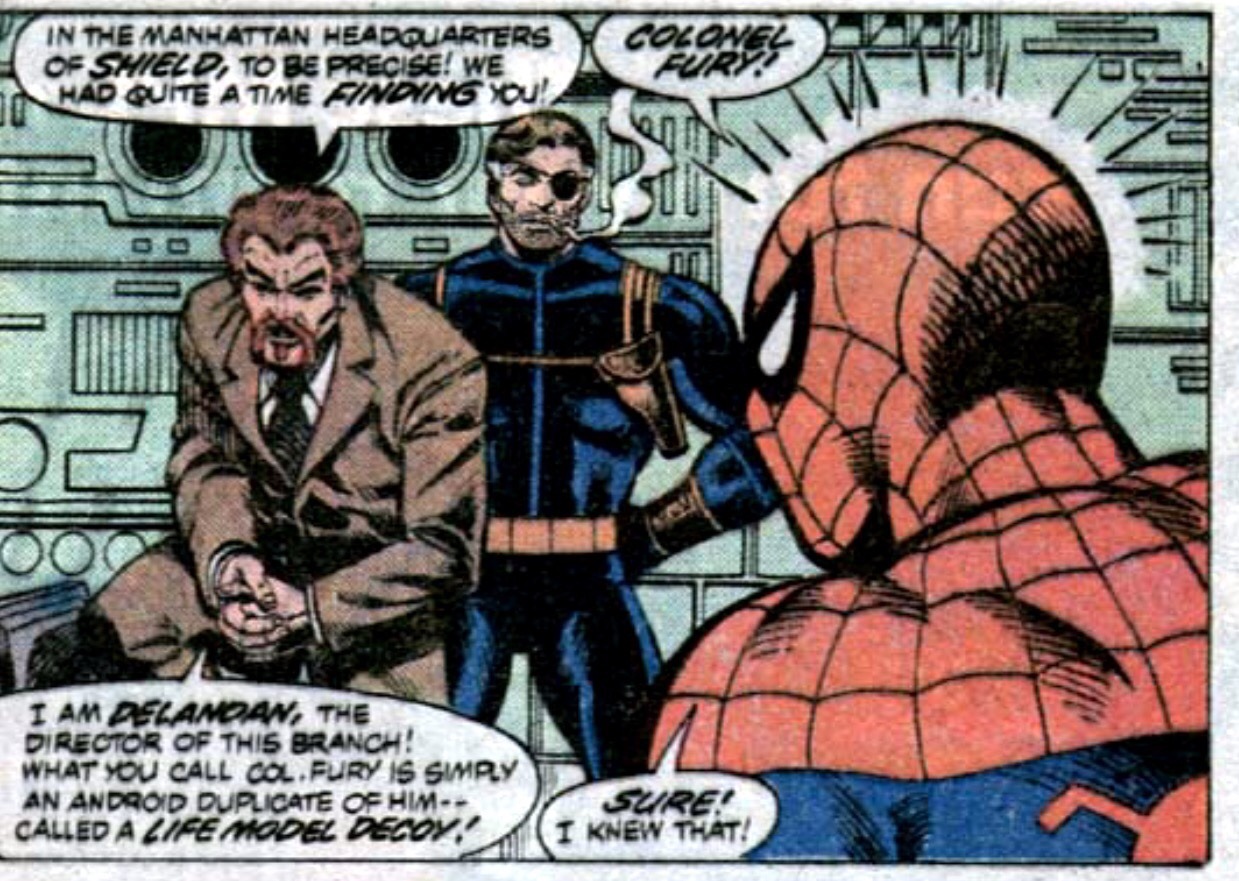