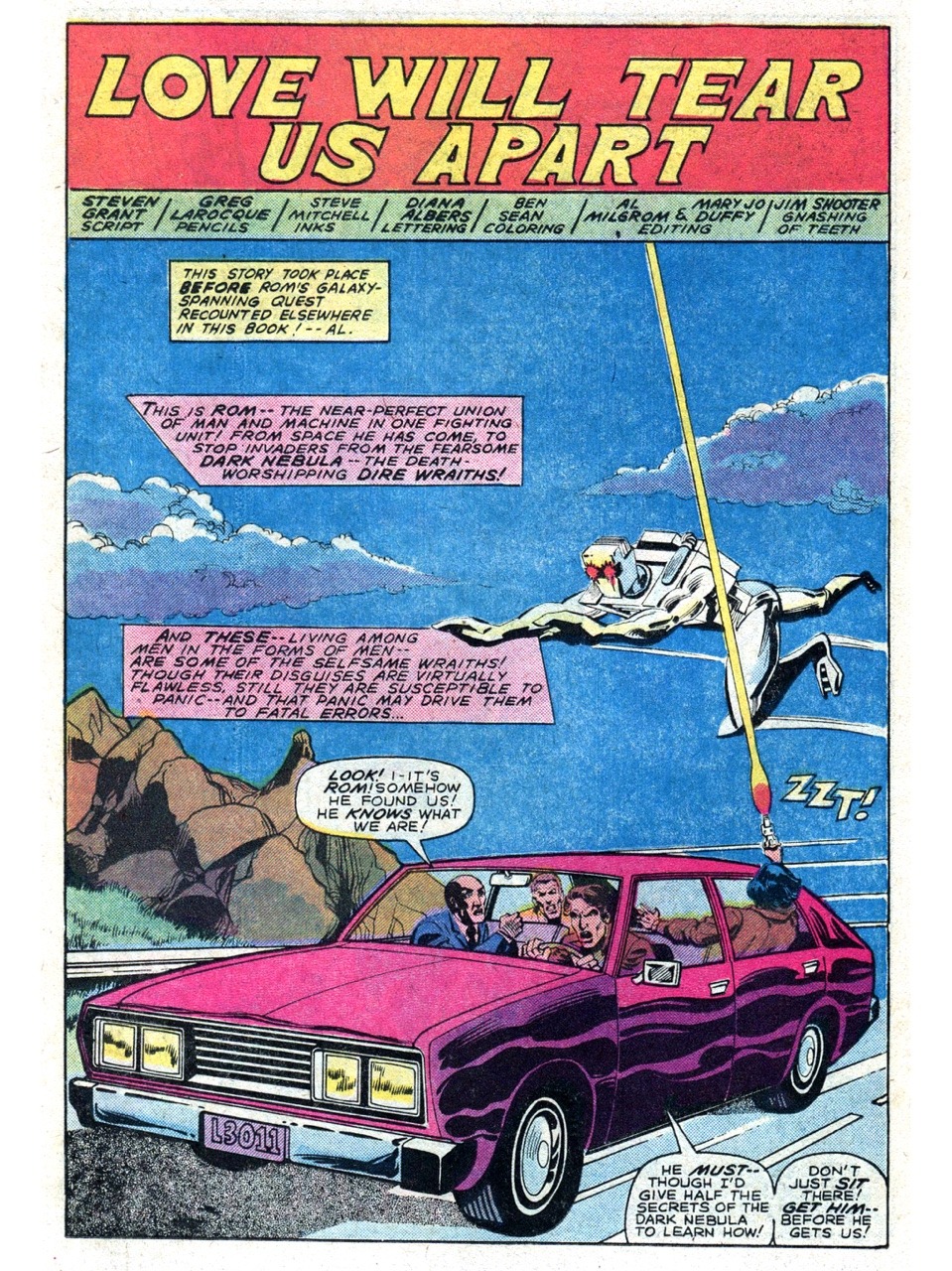 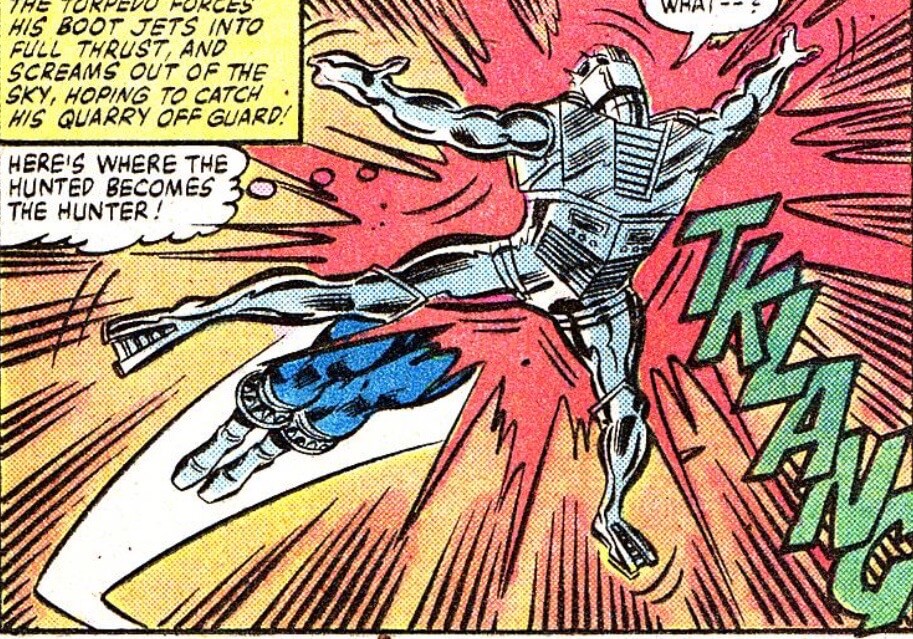 These issues mark the return of Torpedo.  Remember him?  It’s okay if you don’t.  I only know because I’m obsessively reading everything in Marvel continuity, which means I read Marvel Premiere #39 and 40, as well as Daredevil #126-127.  And if you don’t remember those issues, not to worry: They’re recapped in ROM #21.

Anyway, he’s a sports star who now has a costume that makes him able to be like a human torpedo.  He happens to be moving to Clairton, West Virginia, where ROM has his home base.  Which brings me to an interesting point: ROM is one of the few Marvel books that doesn’t take place mostly in New York City.

Torpedo’s enemies are guys in armor called “Rocketeers” so when he first sees ROM, all armor-y and all, he assumes ROM is a Rocketeer, and he attacks ROM with a mighty, “KTLANG!”

ROM ends the fight basically by standing still.  I love that panel because ROM is a total badass.  Bill Mantlo sometimes gets criticized for his writing, but I think that panel is pure comic book perfection.

After that, they make nice and go after the real Rocketeers together.  Which is another reason that these are two important ROM issues: they embed Torpedo into the ROM universe, thus further meshing this toy-comic into the main Marvel Universe.