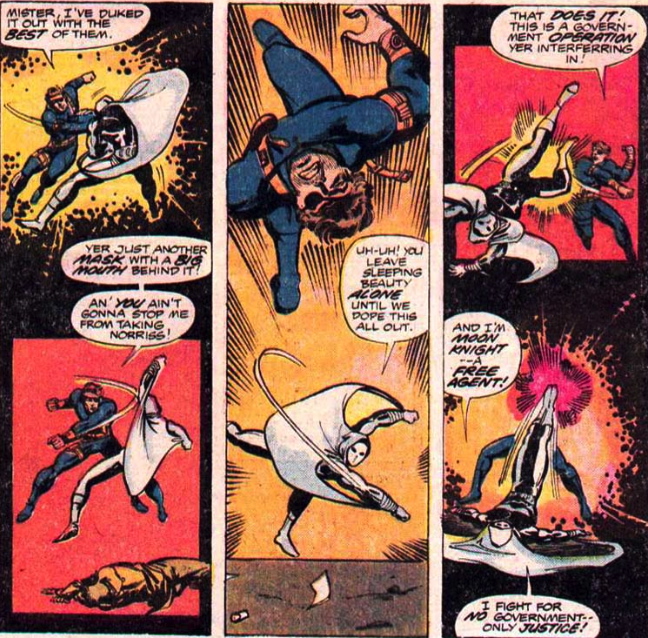 Moon Knight!  And it’s the first time he was written by someone who wasn’t Dough Moench.

Last issue, Jack Noriss was kidnapped by Nick Fury.  In this issue, Moon Knight does a rescue mission.  The choreography of the fight is a bit silly, but at least we get to see an MK/Nick Fury fight.

Actually, we don’t.  It turns out that wasn’t the real Nick Fury—which may be why Moon Knight beat him so easily.  Rather, it was Scorpio, who holds him for ransom hoping to get some of that Kyle Richmond (aka Nighthawk) money.

The team—and I note that any talk of them breaking up appears to have dissipated (although Strange isn’t with them anymore)—tracks Scorpio down in time to see his new Zodiac gang. 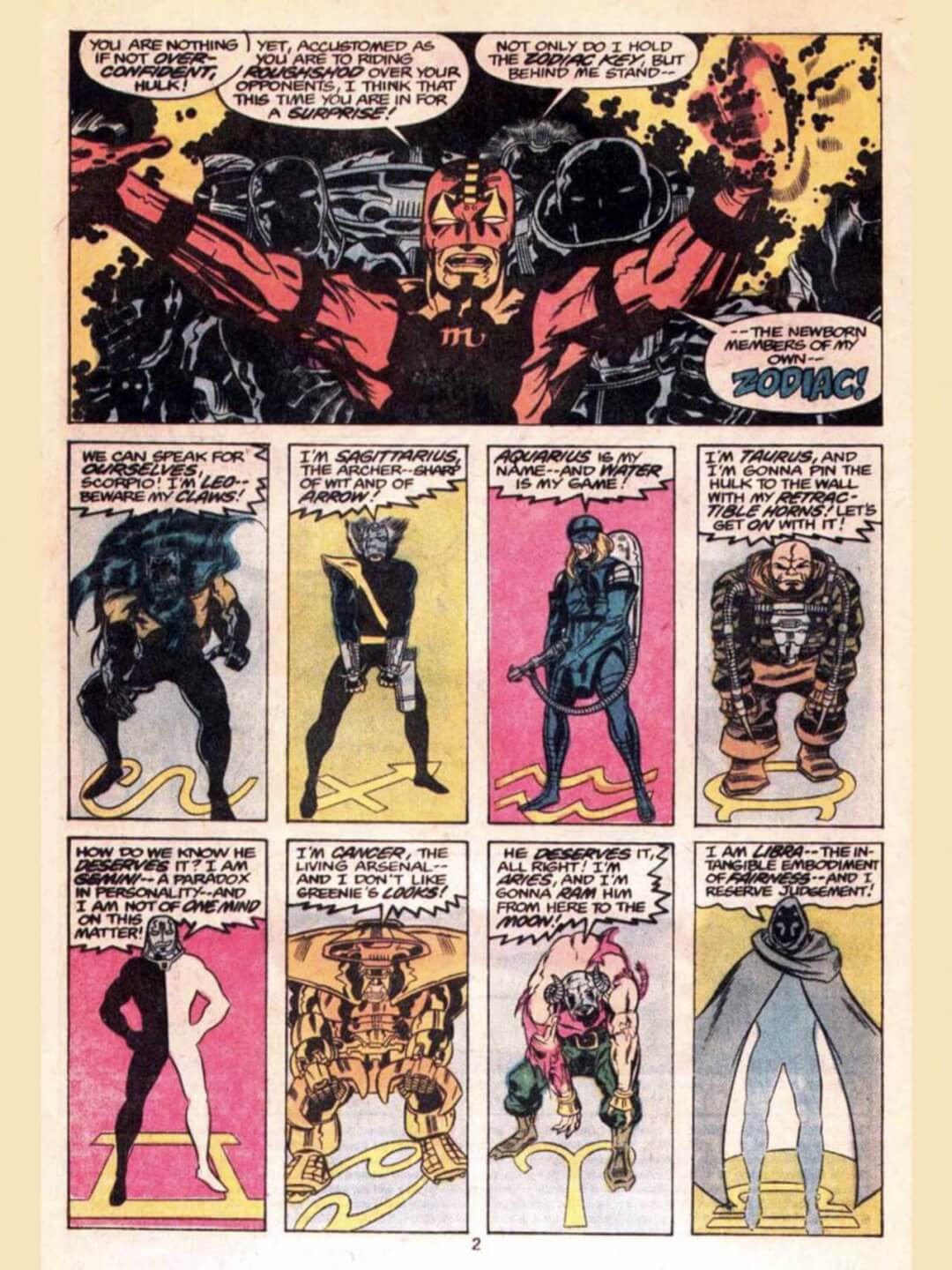 This is Keith Giffen at his most Kirbyesque, like what he’d later do for DC’s Legion of Superheroes as the creator of that team’s greatest story of all time: The Great Darkness Saga featuring Darkseid.

I don’t usually list inkers on this site, but I have to note that Klaus Janson—who is one of the best in the business—has been on Defenders for a while now, and his heavy-darkness style is really starting to emerge.  This is the style he would ultimately use to great effect over Frank Miller’s pencils on Daredevil.  It works really well here with Giffen. 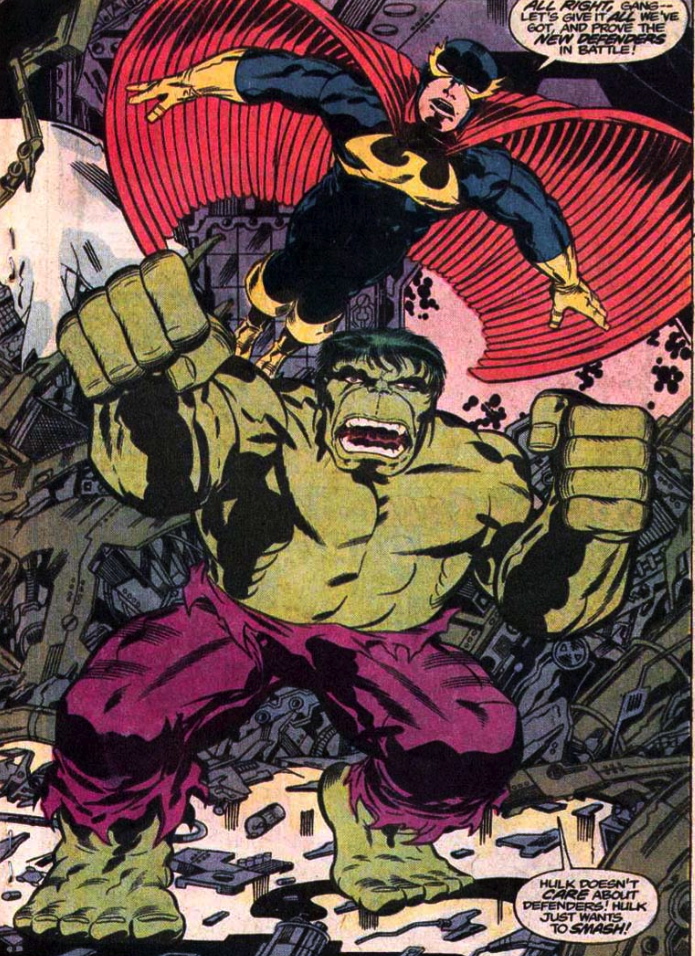 See what I mean about Kirbyesque?

In the end, there’s a nice big battle.  Nick Fury returns and Scorpio kills himself rather than be taken alive.

Also, Val gets a new costume and goes to college.

And Hellcat has an “I don’t know you so I must fight you” meeting with Wonder Wan. 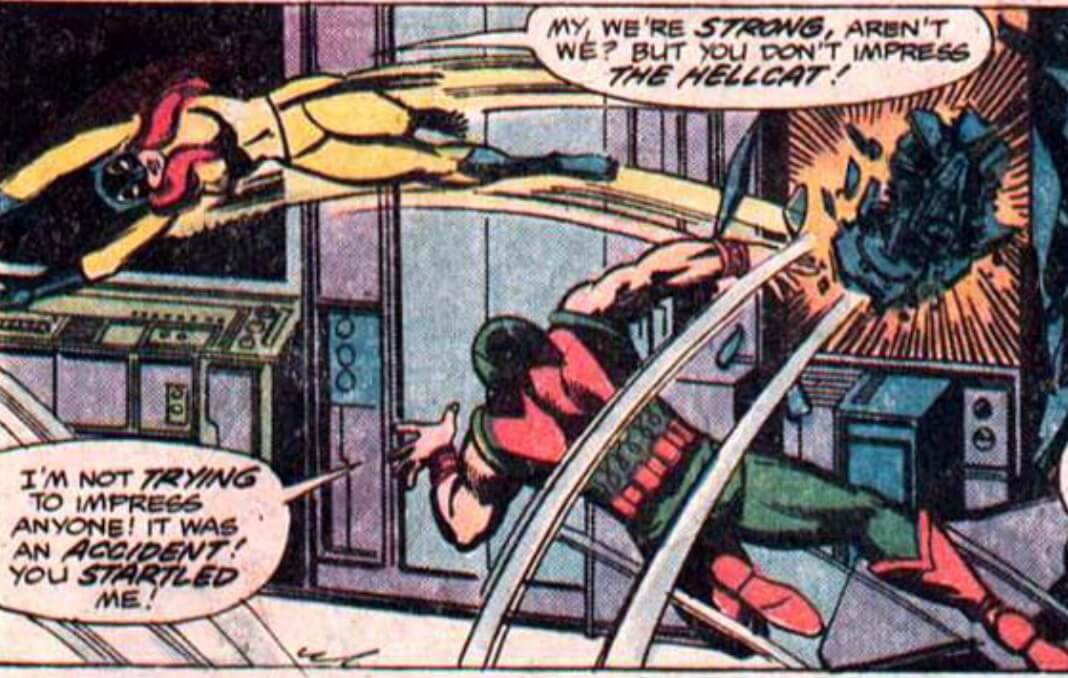 There’s a lot of heroes fighting and/or feuding with each other.

And speaking of heroes vs. heroes, in the course of the story, Hulk loses control and goes on a rampage. 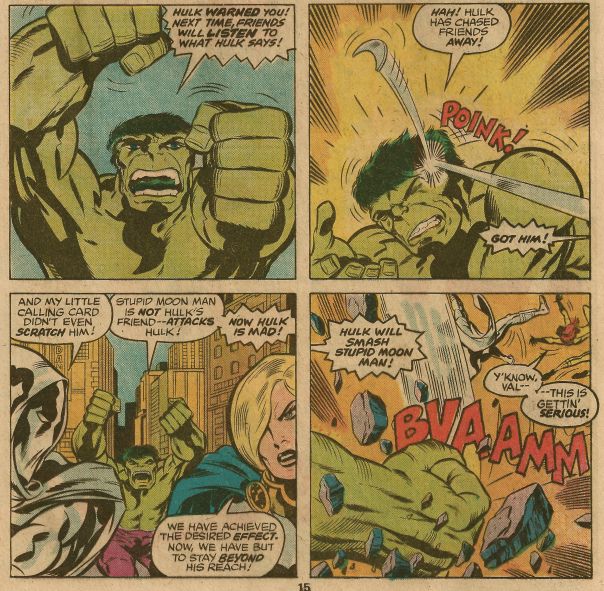 And we get a cool map. 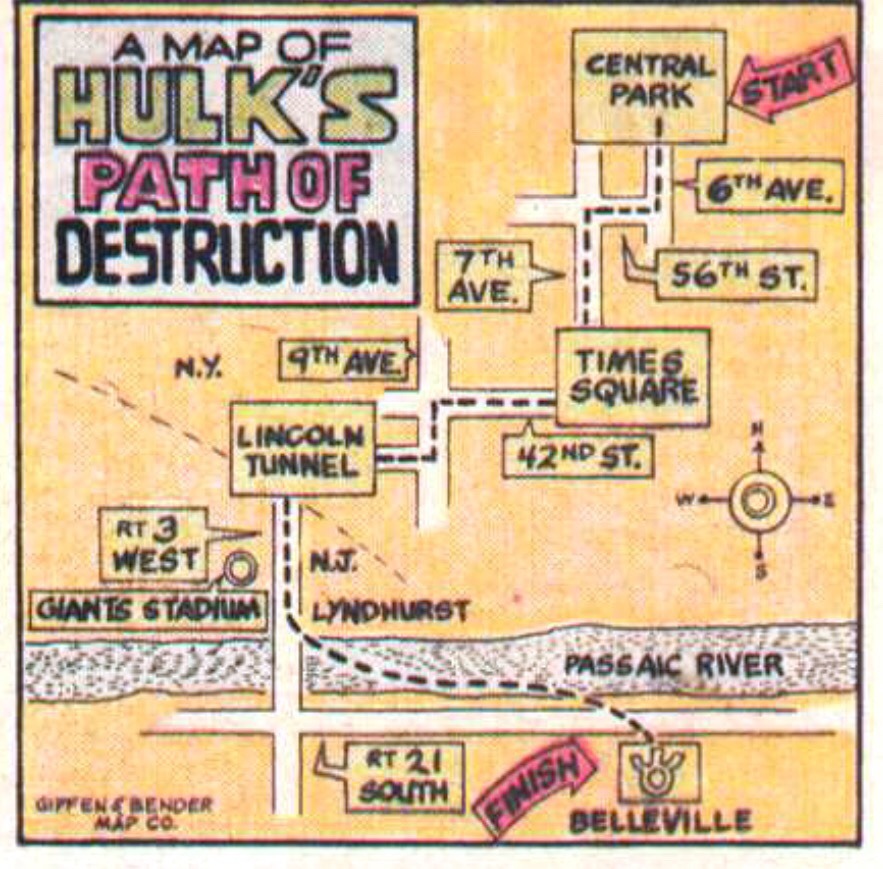 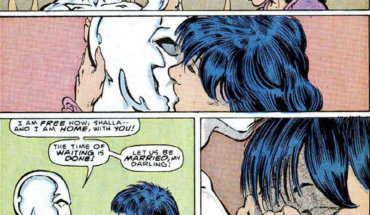