Much has been written about Giant Size X-Men #1, and it deserves all the awards and more. Len Wein and Dave Cockrum took a team nobody was reading about, from a title that had been running on reprints for nearly three years, and planted the seeds for the most powerful franchise in comic book history. Instead of teenagers populating a school, the team was an international mix of young adults and old veterans who knew how to use their powers but were used to operating alone.  They introduced Storm (above), Thunderbird, Colossus, and Nightcrawler, reintroduced Wolverine (who had previously appeared in The Hulk), and teamed them up with a few mutants we’d seen a few times before, Banshee and Sunfire.  Illyana even appeared briefly. 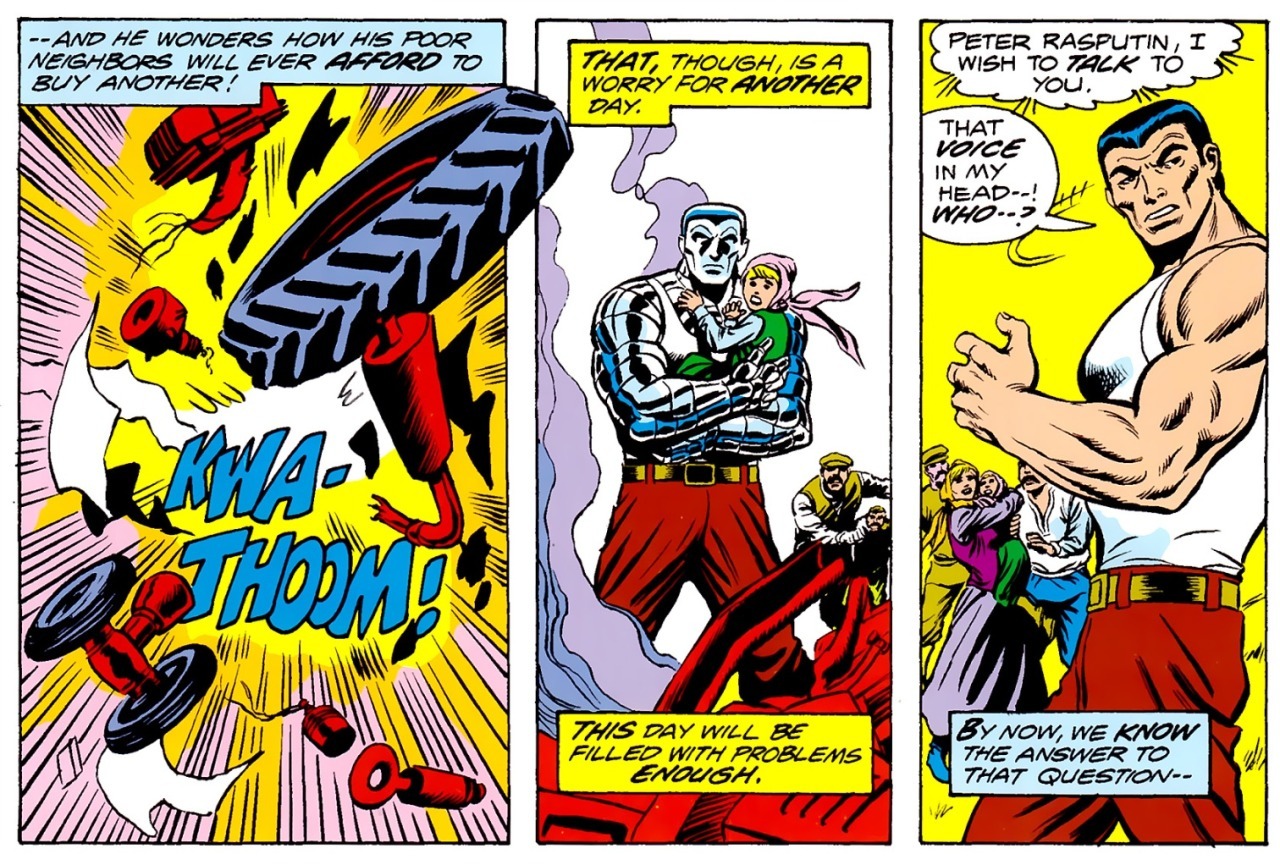 The team got new costumes…

And the comic world would be forever changed.

After it published in May 1975, Marvel stopped running reprints and retitled “X-Men” as “Uncanny X-Men.”  GSX#1 was created by Len Wein and Dave Cockrum, but for the monthly book, Wein was credited as “plotter-editor” and new writer Chris Claremont signed on. And stayed on for decades.  Lots of people forget that Claremont may have been the architect of the Uncanny X-Men for 20 years, but he didn’t create them! The splash page of issue #94 showed a mix of new and old members looking at Professor X, but reflected in the mirror behind him.  A wonderfully symbolic way to open a book about a new team, led by the leader of the old team. 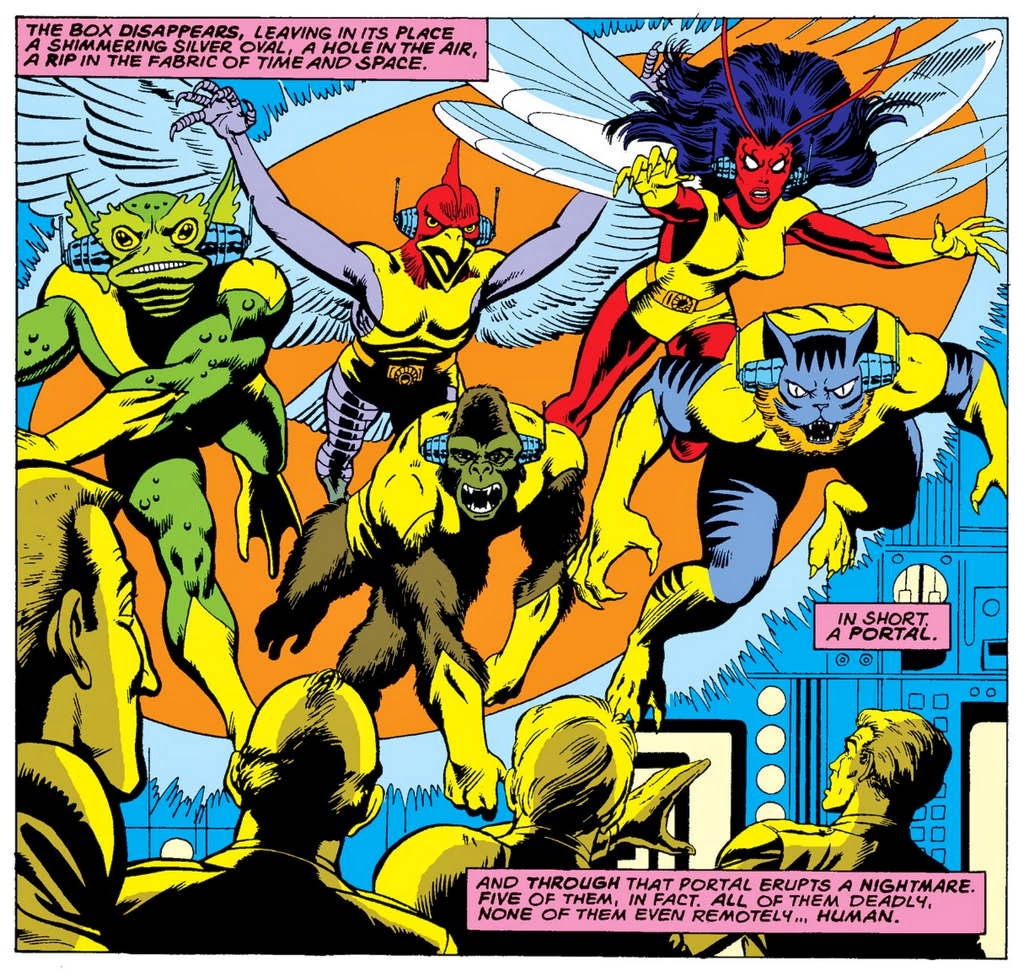 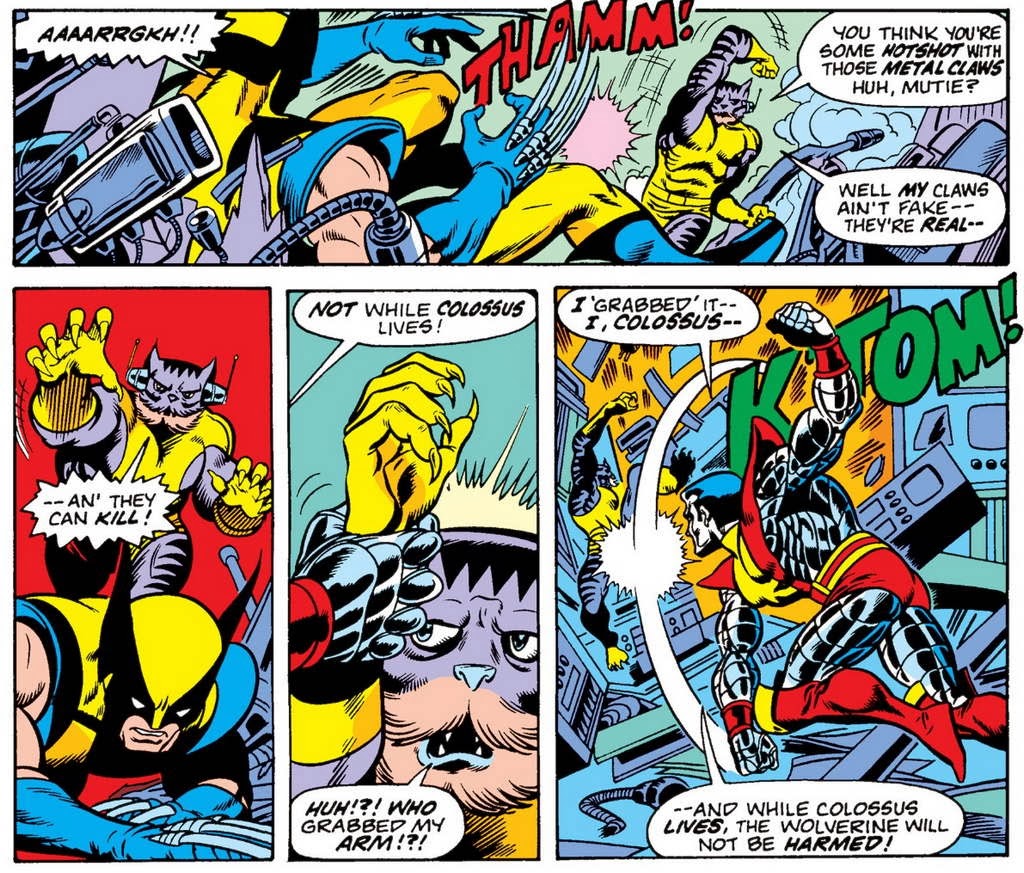 They fought The Ani-Men and Count Nefaria.  One of the Ani-Men, Dragonfly, gets her own tag as she will have a solo career in the future.

By the end of the next issue, #95, the “old” X-Men had quit (except for Cyclops), and Thunderbird was dead.

Note: He died in a plane crash.  Note that, because it will become a trope for these early Uncanny issues…In fact, X-members crashing vehicles would become so common that I’ve created a tag for it The new team was formed, and the table was set.

For the complete history of the MU, year by year, go here.
And see my Ratings of Runs on comics here.;