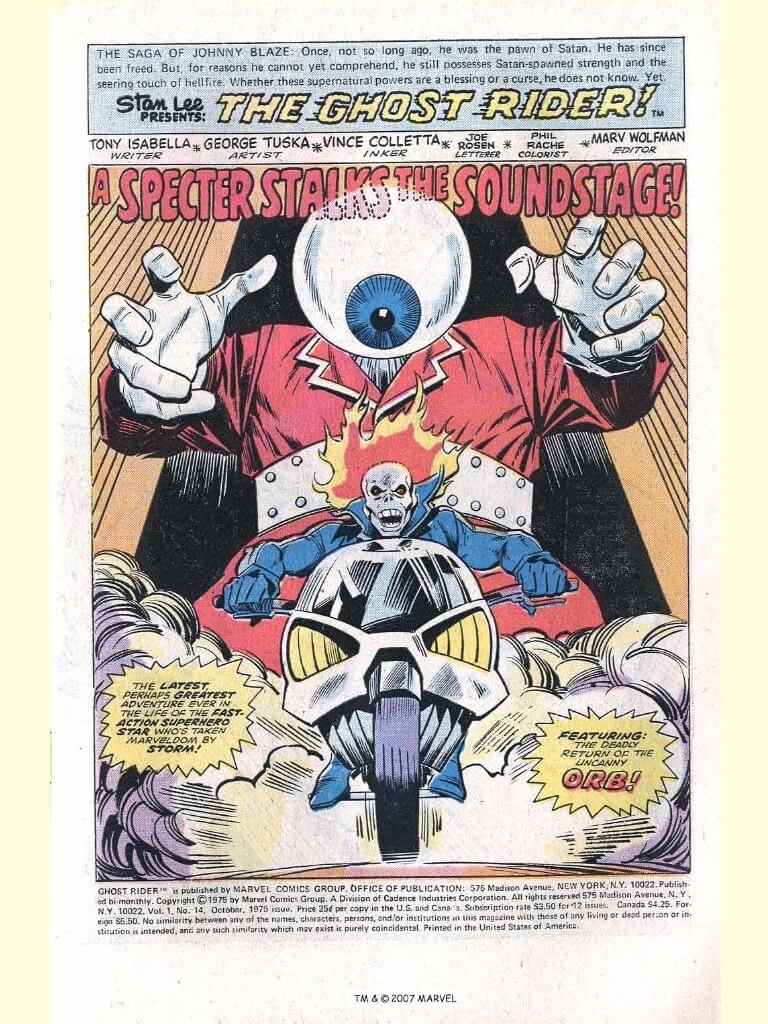 The Orb attacks Johnny Blaze and Stunt-Master during a show.  And he has an asbestos costume now, which apparently is a valid insulator against Hellfire. 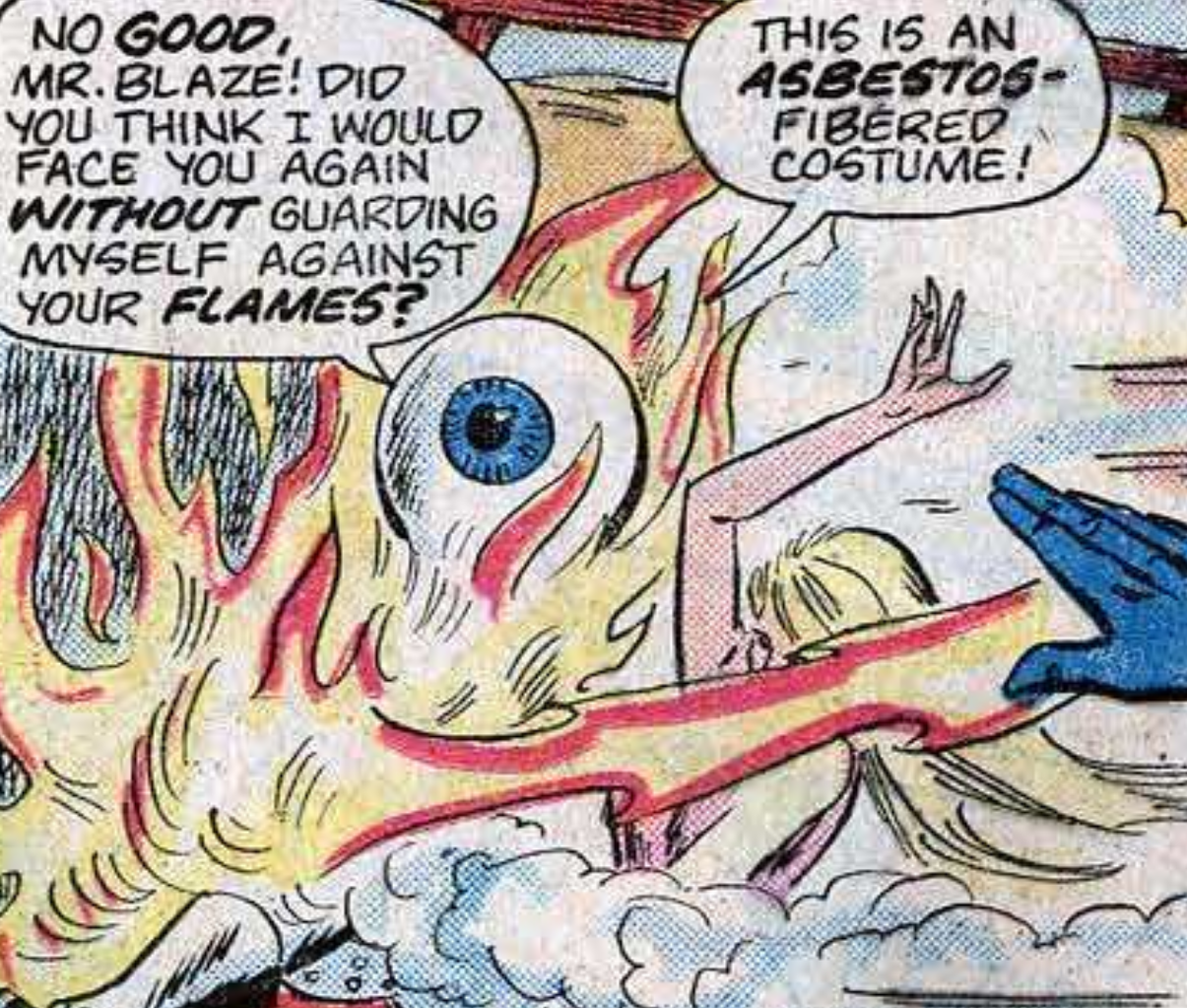 He kidnaps Karen Page, who left Matt Murdock to pursue show business, ended up in a biker circus, and was dating Johnny Blaze. 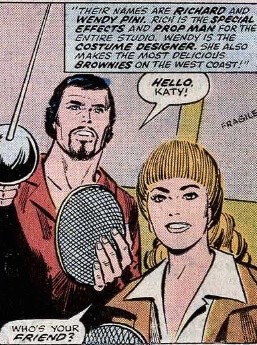 But that’s not the weirdest thing—Richard and Wendy Pini are also in the show, doing special effects.  Who are they?  Well, as any true 1970s/’80s comic geek knows, they were the cocreators of the most successful independent comic of all time, Elfquest.  Wendi was also a renowned cosplayer—from before it was even called cosplay.  It was just wearing a costume.

The story ends with another “big reveal” of Orb without his eye-helmet, showing how ugly he’s supposed to be.  But unlike in Marvel Team-Up #15, he looks more old than ugly here. 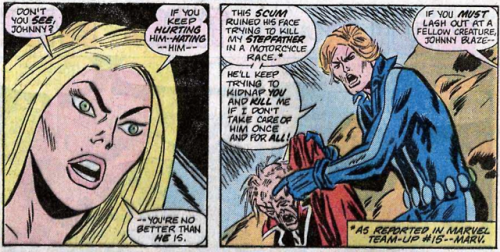 I’m wondering if every Orb appearance will follow this same pattern. 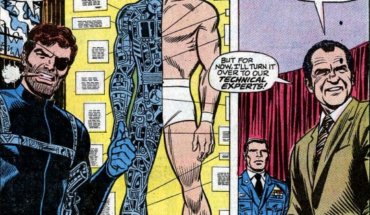 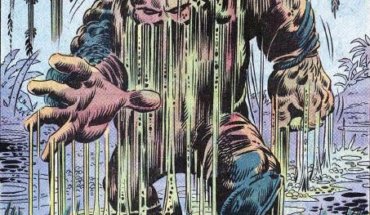