Let’s start with the funny stuff.  This issue has one of Jack Kirby’s famous “messed up hands” for Reed Richards. Here, he’s got two left hands.  The other famous misprint in Fantastic Four #152, and it’s not as obvious as this one. 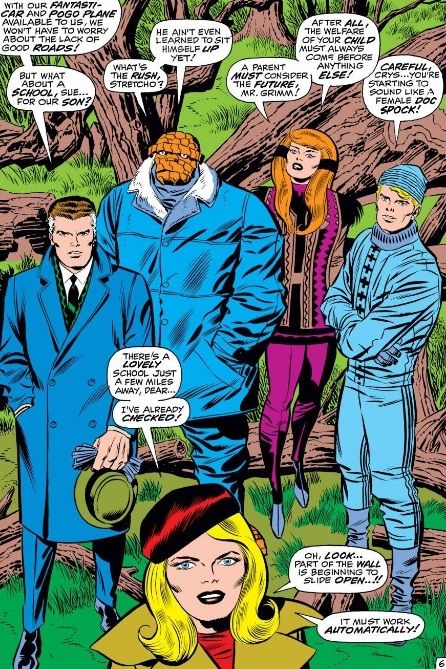 Remember when I said that Sue didn’t want to raise Franklin in the Baxter Building because it was dangerous?  Well, she goes into the suburbs to find a safer place for her family to live.

For some reason, it’s so cold that Ben Grimm, who has been in outers space with nothing but his underwear, has to wear a fur-lined coat.  But Reed’s just got a thin trenchcoat.

Anyway, she finds this place.  It looks like a UFO.  And she thinks it’ll be a good idea.

Of course, the Fantastic Four’s first enemy returns, with a scheme to make the world blind, so that the nearsighted man will be king. 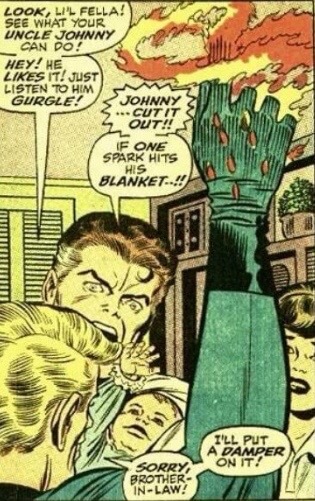 But before that happens, we get a little FF family life.  Johnny thinks it’s real funny to play around with fire around the baby.  Oddly, Reed Richards thinks to make his team’s uniforms out of material that withstand flame, stretch, and even turn invisible-but he doesn’t do the same for the baby’s blanket?

Also, Franklin’s gestation and birth has to be one of the quickest in history. It’s nice to see Susan get a chance to just go off.  It doesn’t happen that often.

In the end, they capture Mole Man and that little piece of the arc gets resolved next issue. 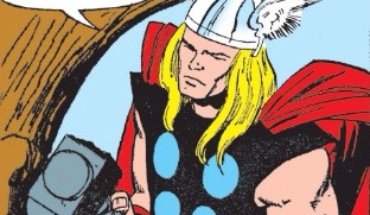