With #160, we are entering into what I consider to be the first truly great phase of Avengers comics.  Sure, the first handful of issues were great and many stories between were ripping yarns, but Jim Shooter’s stories, with George Perez and John Byrne’s art, are simply some of my personal favorites. In this one, Grim Reaper breaks into Avengers Mansion and there’s a big fight. 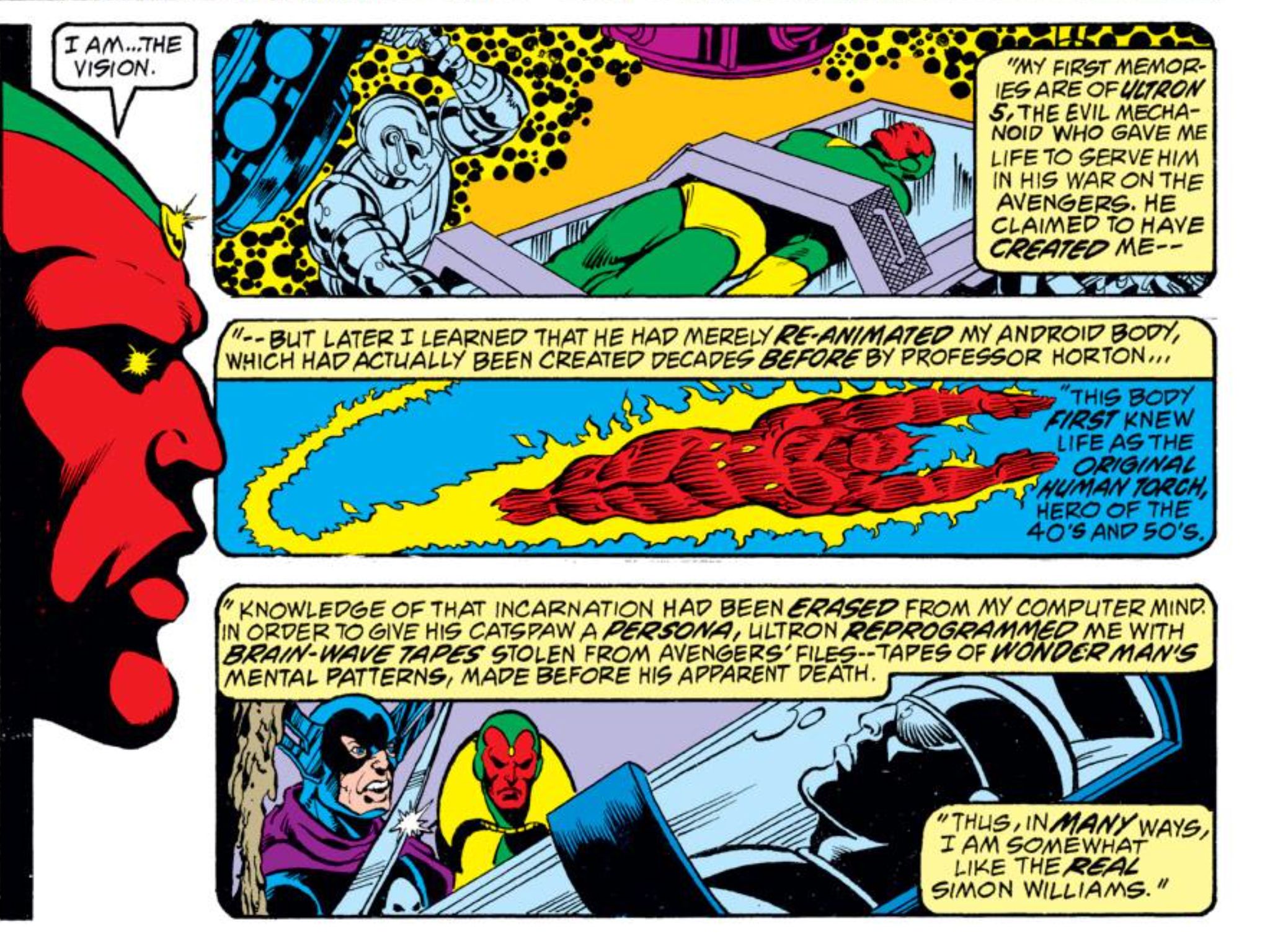 And there’s a bit of history about Vision being the original Human Torch.  The whole “Vision wants to be a brother” thing is a major part of his character. 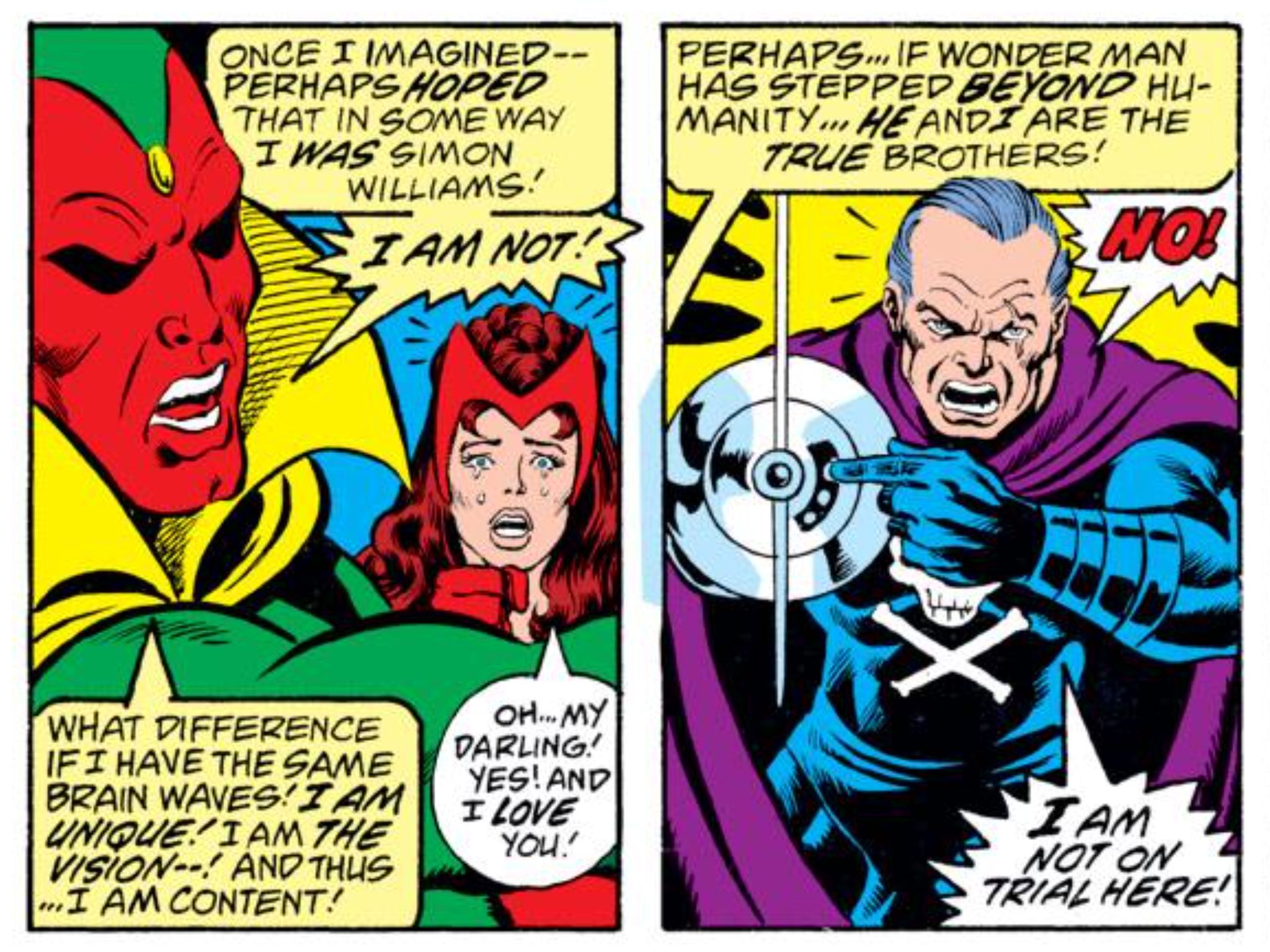 And really, mostly, it is about the art.

Perez was always good, but he started to understand the fluidity and dynamics of team illustrations in the books he drew between this one and the end of the Korvac sage.  And John Byrne was, to me, simply revelatory.  Nobody before him had managed to capture the essence of heroic poses…Byrne had style.

This issue also has a famous typo, above, where Grim Reaper is shown having two hands.  Then in the very next panel his sickle-hand is back.  Here’s the full page: 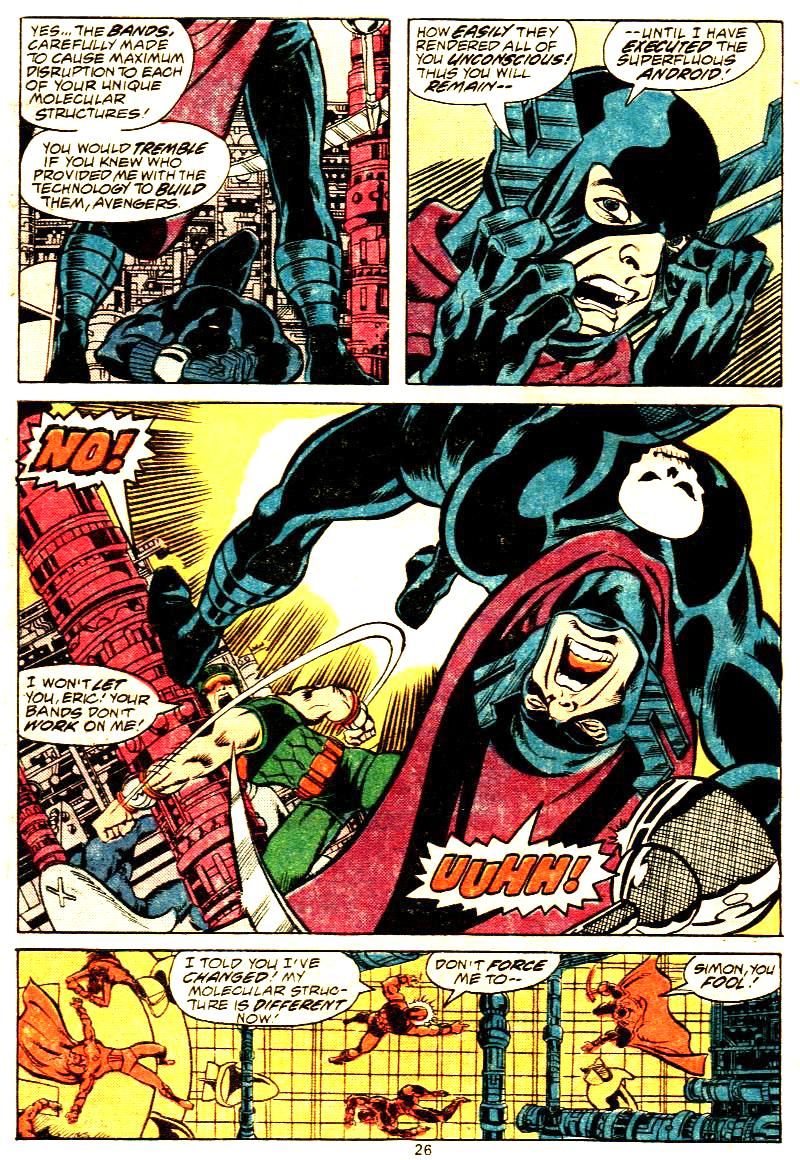