This issue starts with Rhodey parking Stark’s helicopter on a public street, so they can pick up Stark’s galpal Beth McCabe and getting a ticket from Steve Martin. Then, they fight Spymaster (remember him?), who now works for The Maggia and Madame Masque, and they’ve got Dreadnoughts. 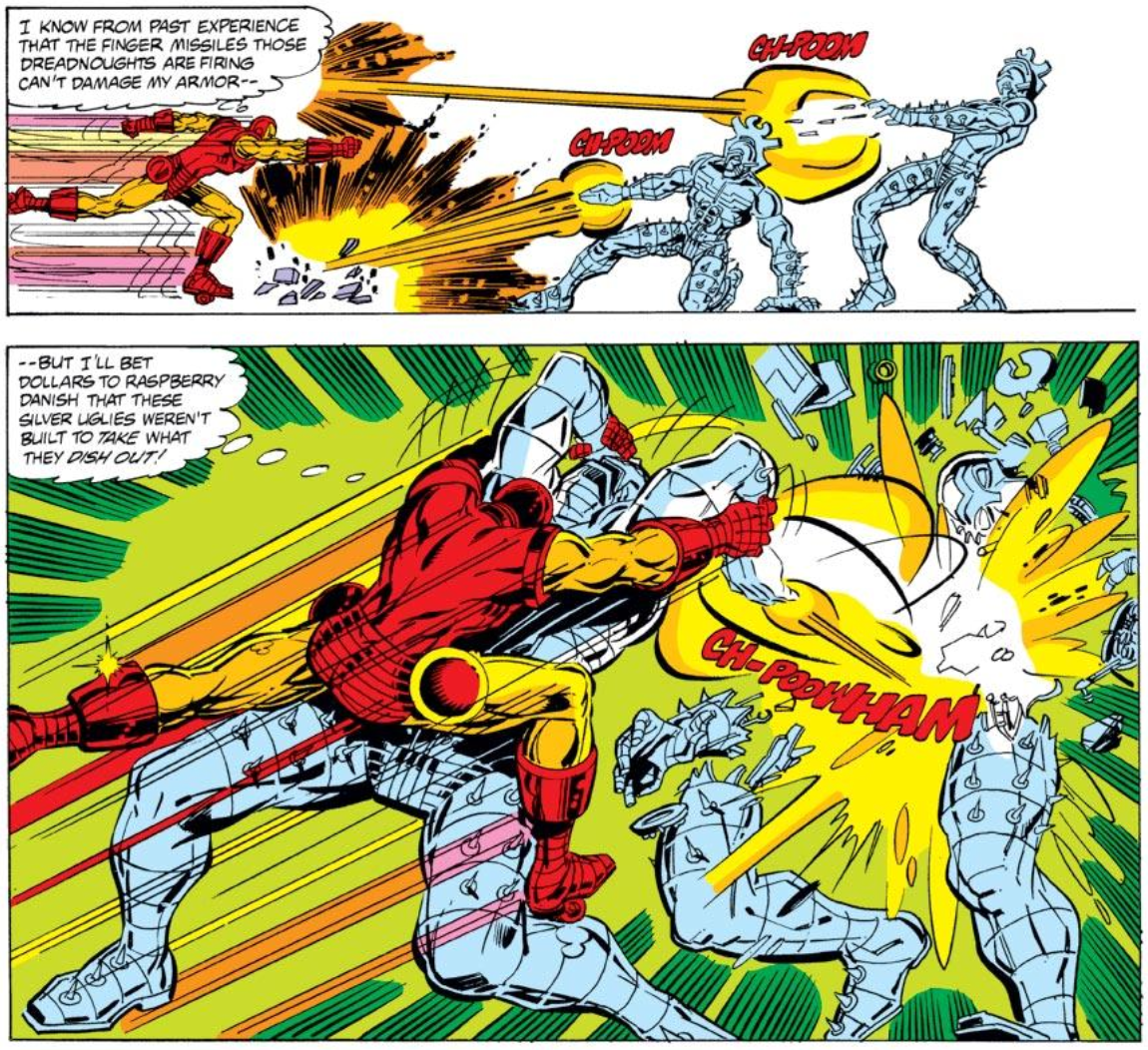 How powerful can Dreadnoughts be, though, if they’re defeated by roller skates?

And I do mean “they” fight these foes—Rhodey takes out Spymaster on his own–culminating in a fiery helicopter crash. And Bethany takes on Masque.  Since they’re chicks, they talk a lot during their battle and we learn that Beth knows Tony is Iron Man, and she does a total brutal move: She lets Masque walk away and tells her she “pities” Masque because she let a good guy like Tony get away. 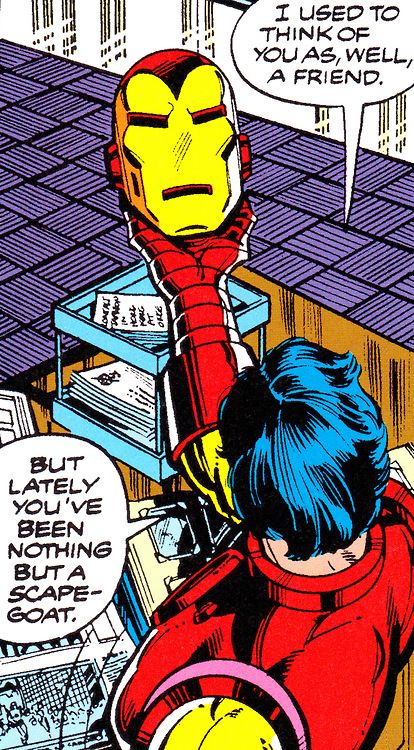 And Tony has an “Alas, poor Yorick” moment.

Finally, there’s a dig at D.C. when the narration box references a “slightly seedy” publisher in Derby Connecticut (get it: DC).

Adding another layer: Charlton Comics was located in Derby–and it was bought out by D.C., with many of its characters forming the basis for Alan Moore’s transformational Watchmen series.

Creators: David Michelinie and Bob Layton
Grade: B-
For the complete history of the MU, year by year, go here.