More landlord bullying…But I want to take this opportunity to point out, again, how annoying it is when the writer talks to the reader. It’s just lazy writing.

Anyway, there’s a lot of jazz in this three-issue arc with Thing and Thundra. She clearly has a thing for Thing.

The villain is a brutish, barbarian-type sexist named Mahkizmo, who disappears after this until John Byrne revives him in 1991’s Sensational She-Hulk (a truly amazing comic–some of his finest work). 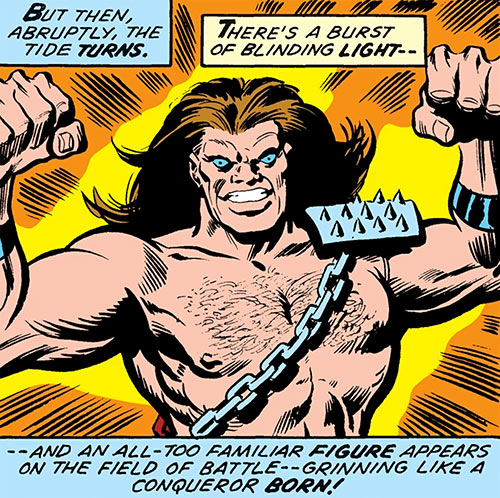 He also calls himself… 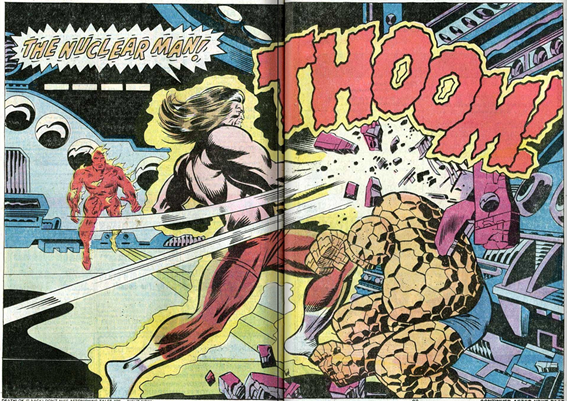 And look how he treats women… 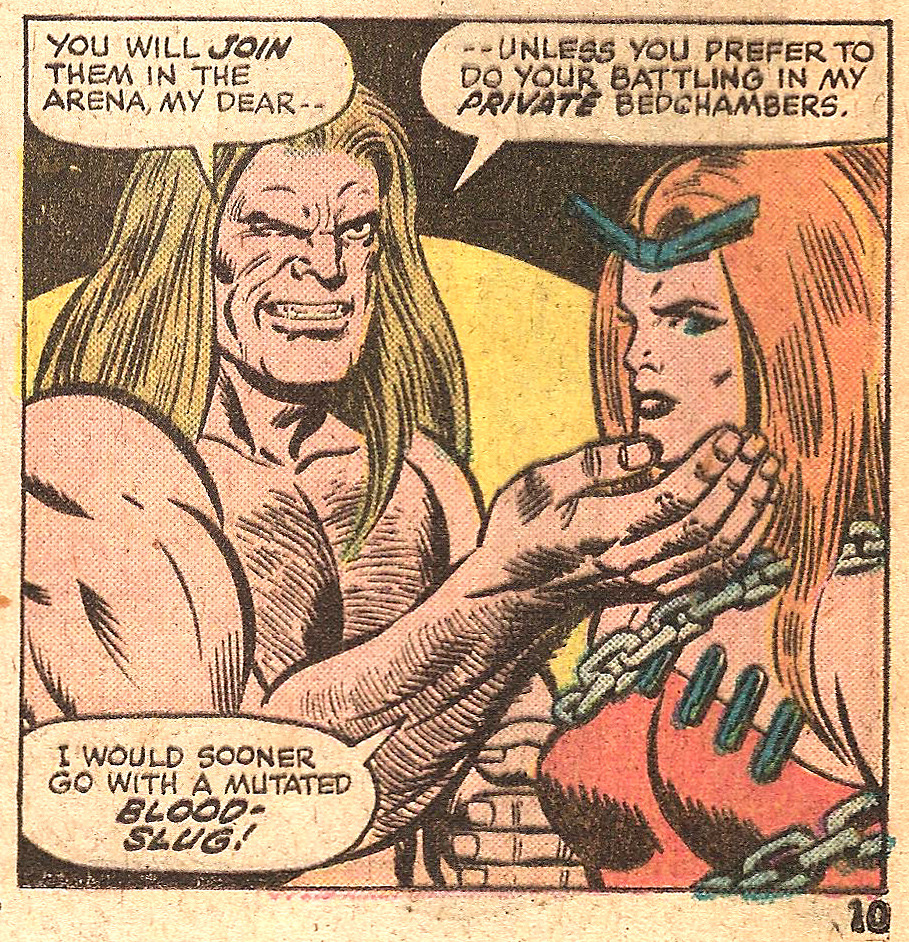 But the (ahem) thing that makes this story better-than-average is that the women aren’t lame weak hostages. Pretty much every fourth issue or so since the beginning, Susan Storm has been depicted as a weak minded damsel in distress, despite the fact that her powers are clearly better than the rest of the team.

In this story, she gets captured. And kicks her captor’s ass.

Reed has only four fingers on his left hand.  It’s really hard to see, but this typo is pretty well known–I think someone got a no-prize for it.