The first issue of this miniseries was heavy on introducing the concept.  With this second issue, we see what is business as usual for D.C.  The Thing gets mad over a billing dispute (interesting that the heroes who stop global threats are also paying for the damage done during the battle—I had assumed insurance companies would pay), and the Damage Control team goes up against Doctor Doom, who is a deadbeat on an outstanding bill (see that makes sense, the bad guys should pay!).

Of course these storylines cross, so get a little bit of the new, Thing-led FF versus Doom.

It’s fine, but it’s still not living up to the incredible potential of this book.  I did Punisher in the lobby, though. 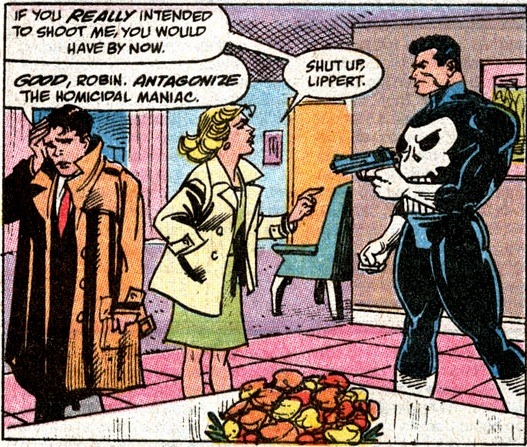