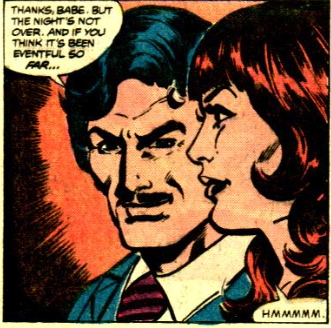 Layton’s role in the series continues to be as a guiding force and partner to Michelinie, who writes very, very strong scripts.  Just look at those two panels, above.  We just got through with the Demon in a Bottle storyline, so as readers we’re all wondering if Tony Stark is really done drinking. So, artistically, we see him reach for a bottle—only he’s actually grabbing the phone next to it.  And we see his little sly grin, which could be in character (because he’s engaging in his lesser, sex addiction so he’s got that addict-who-is-about-to-use thrill going) or could be breaking the fourth wall as if to say, “You readers had no faith in me!”

This is something you can only do in the comic book medium. 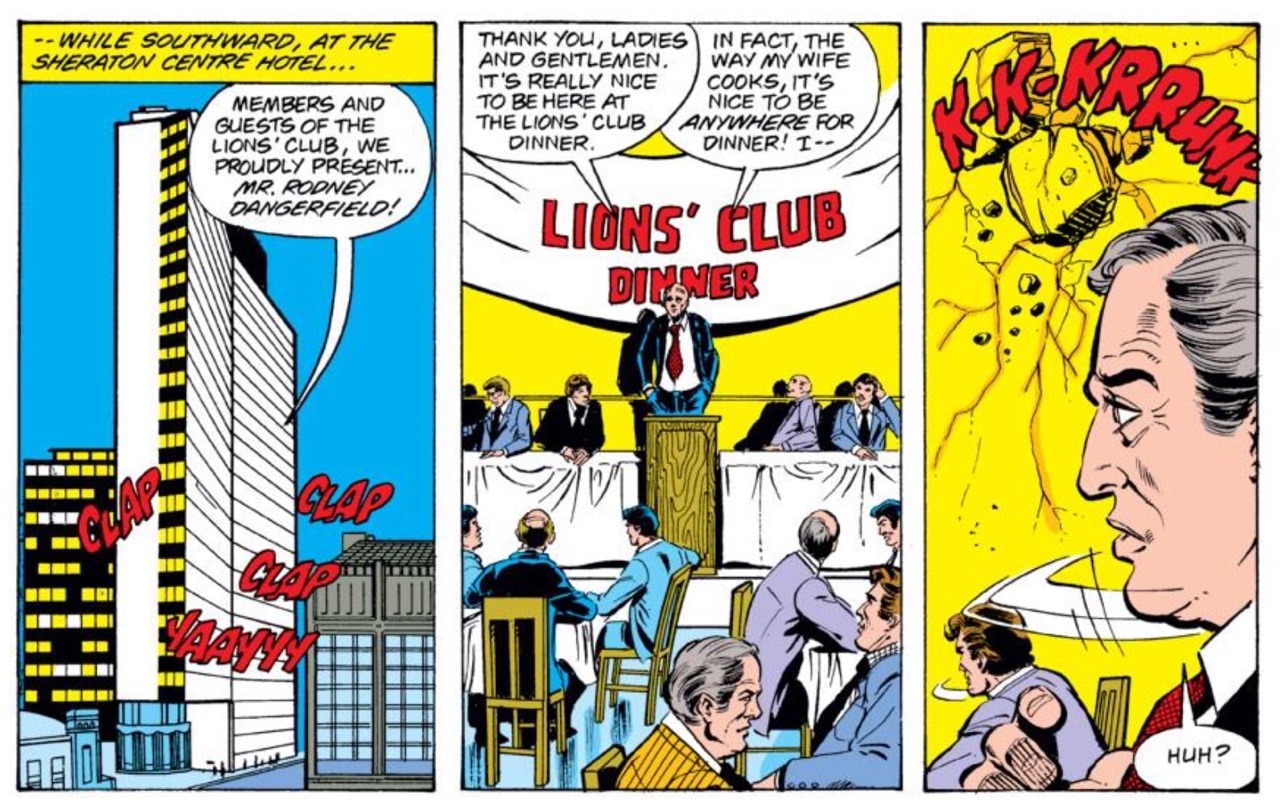 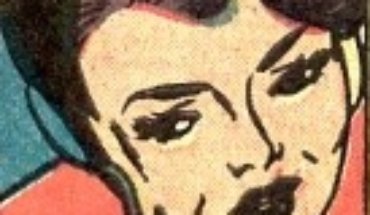 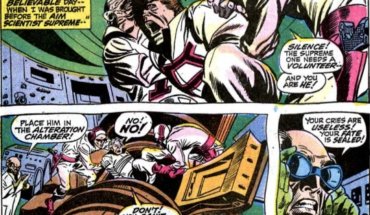