Hank Pym’s powers have been causing him trouble, and after his battle with Whirlwind last issue he falls unconscious and starts growing in his sleep. 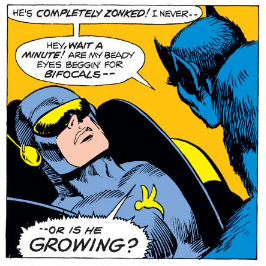 Hank-Beast figures out that Hank-Yellowjacket has deadly microbes in his bloodstream, so Hank shrinks Vision and has Vision phase into YJ’s body to “set the serum free.”  Yes, it looks like bukake.

Some of the best comics are “let’s go inside someone” comics.  And I don’t mean anything sexual by that.  In Avengers #140, Hank Pym passes out and Vision phases into his bloodstream to fight bacteria and stuff like that. 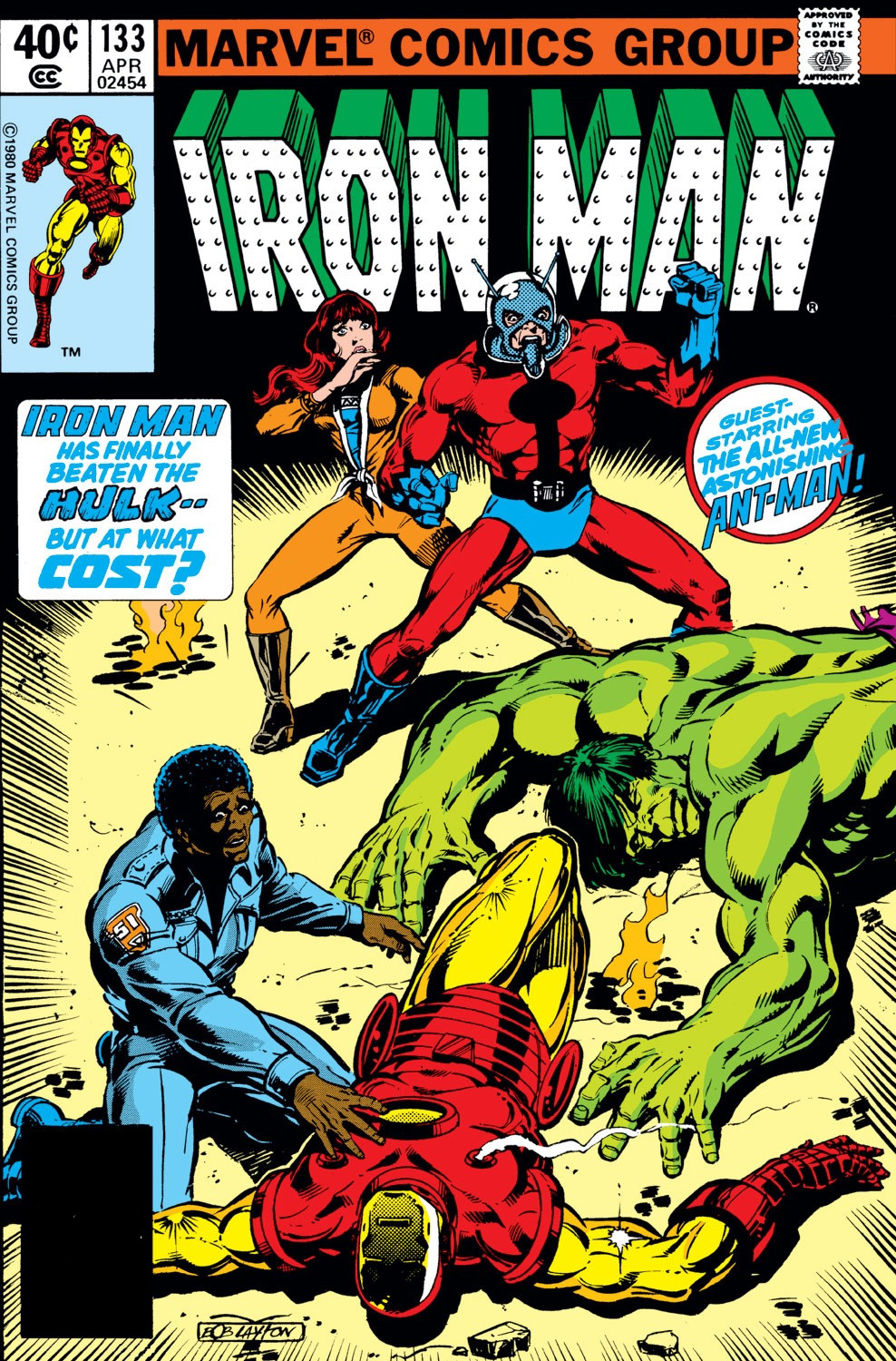 Reminds me of my favorite issue of Iron Man, in which Hulk hits Tony so hard his armor shuts down and Ant Man (Scott Lang) goes inside the armor to save him.

Great stuff–Bob Layton is one of the most un-remembered, under-appreciated guys around.  Give him some love.

Creators: Steve Englehart and George Tuska
Grade: B+
For the complete history of the MU, year by year, go here.