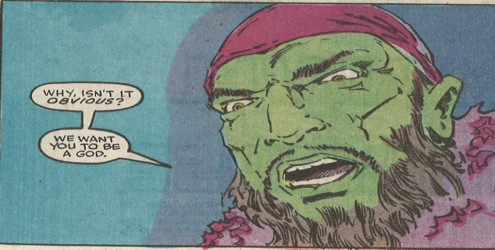 These issues finally tell us what happened after the Gamma Bomb dropped, when to the world The Hulk died, and before he became the Vegas Mr. Fixer.

Turns out, a wizard from Jarella’s world for some reason knew he was about to get hit with the bomb and transported him back to her world, where both she and Hulk are “dead” and are worshipped as the martyr figureheads for a cult.  And now they need Hulk to save them from bad guys and a giant boar. 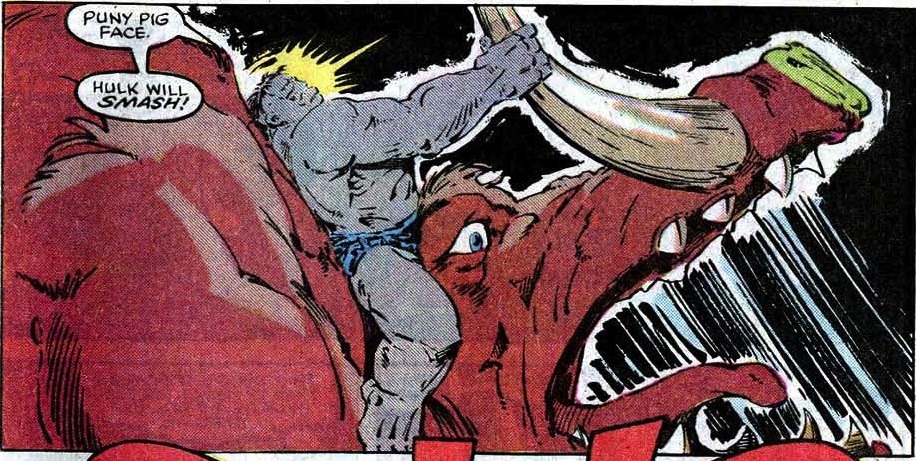 Hulk goes along with it, and then goes home. 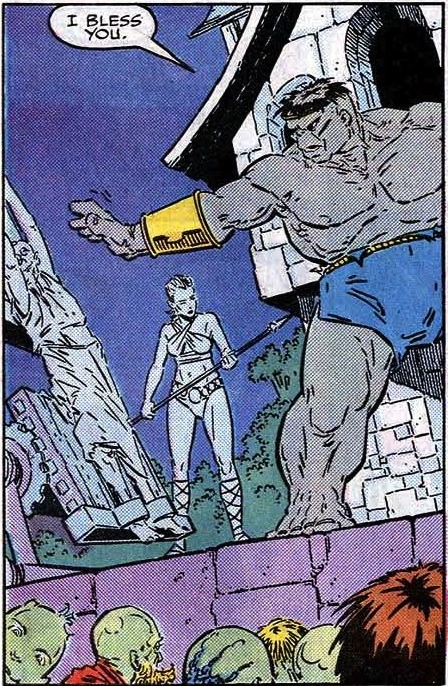 These aren’t bad issues, but they don’t really explain why he came to Vegas after his brief adventure in the Jarellaverse.