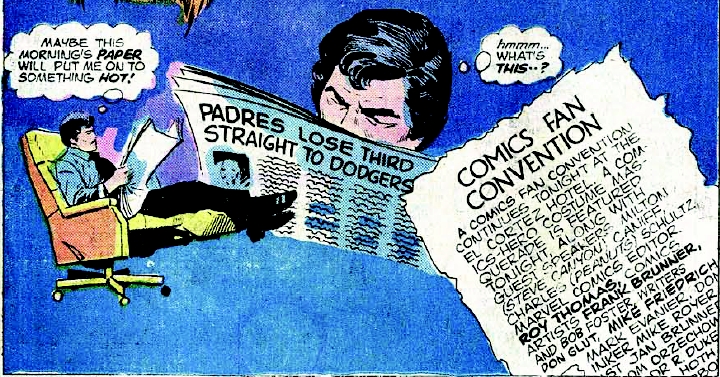 Tony Stark is reading the newspaper when he sees an ad for Comic Con, and decides to go in his Iron Man costume.

For the first time, comic book conventions get recognized in a Marvel comic.  The credits page has this: “Story plot by Barry Alfonso, San Diego, Calif.”  I’m assuming he worked for SDCC.

Iron Man visits the con.  There’s tons of creators who are name-dropped and/or drawn in, and I’m going to say that there’s a DC crossover.  I know they’re green, but in the panel above I see Shazam in a classic pose and what looks to me like Batman from behind.

And below, it’s the creators of this book in addition to others.

The best part is when one of the fans criticizes the (incredibly stupid) nose that Stan Lee made George Tuska add to Iron Man’s armor. 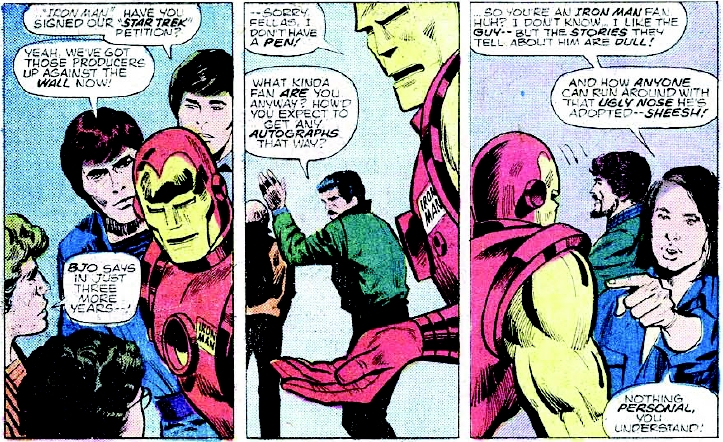 Creators: Mike Friedrich, Barry Alfonso, George Tuska
Grade: C+.  It’s really not that good, but it’s fun so it bumps from a D.