From Easter Island, Hulk finally returns to the U.S.  And it’s appropriate that he’s in California for this highly experimental issue.

There are three experiments going on in this issue.

The first is thematic: This is not a Hulk story, it’s a Bruce Banner one.  Banner is essentially subjected to the “Misery” treatment: Kidnapped by a woman who is pure white and lives in a white house full of people who she has turned into glass.  She wants Banner to join her there.

The second experiment is artistic: Much of the issue is in black and white, with only spot color on Banner/Hulk and some blue and yellow shading to create the illusion of a glass house. Yes, eventually Hulk breaks out of Banner and then smashes the glass house. 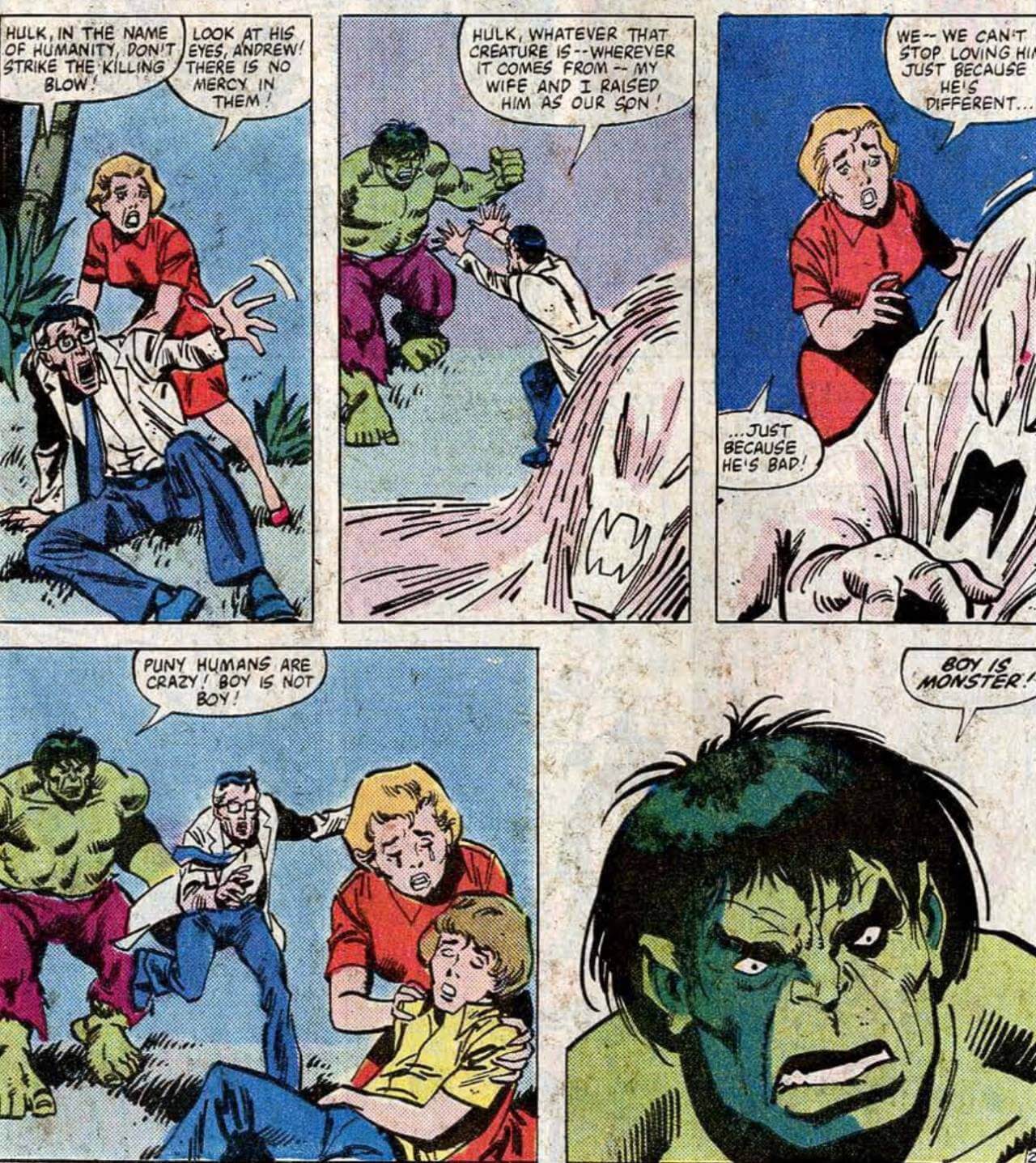 Hulk encounters a family, in a second story called, “Foundling” by the same creative team, whose young son is actually a Dire Wraith.  This is the first time we’ve seen the Wraiths outside of the main pages of ROM, and the first time we’ve seen them without the Spaceknight also appearing.  The Dire Wraith invasion appears to be Brian Michael Bendis’ inspiration for Secret Invasion (although that could also have been inspired by some great Battlestar Galactica episodes that came on TV about the same time).

Narratively, it gives Hulk a chance to call the kettle black, labeling the boy a “monster” after the mother says they can’t reject him just because he’s different.  This story could have become a very solid character piece, but it’s too short to get deep. 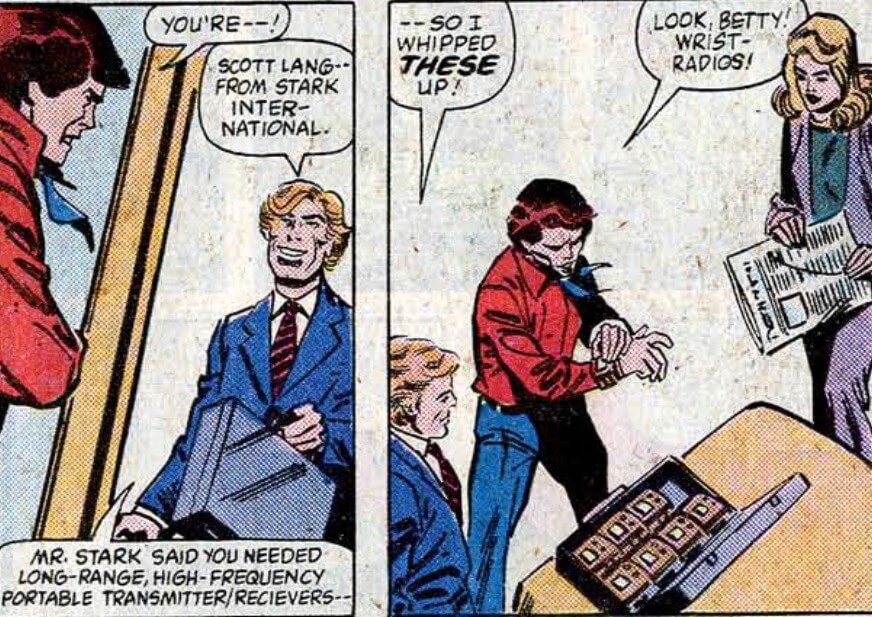 Also, there is an “interlude” where we see that Scott Lang is actually innovating for Tony Stark.  He’s made some watch-radios, and Tony has told him to deliver them to Rick Jones to help reboot the Teen Brigade.

Oh, and there’s a fourth experiment, too: The kid’s backstory.

Between the Clark Kent look-a-like and the baby in a red ship, this is clearly a Superman reference.

Which makes me wonder: How is Rick still a teen after all this time? 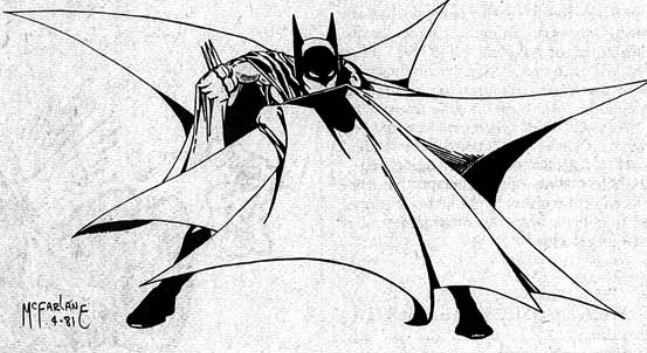 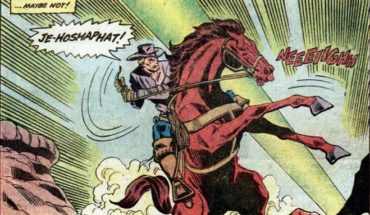 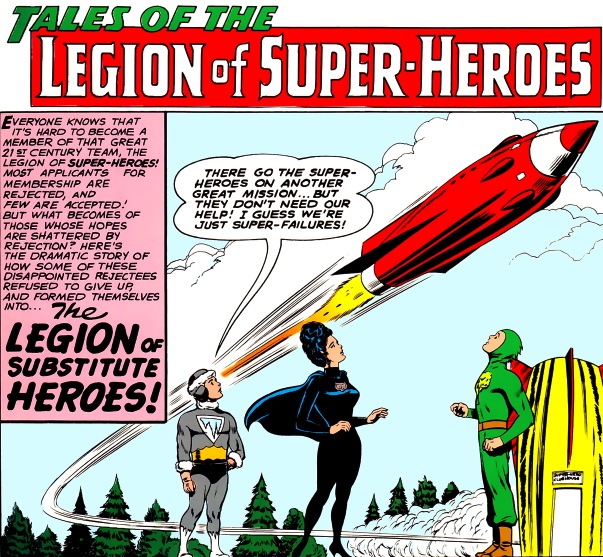