Although he was introduced last issue, it’s in these issues where Matt Murdock’s second alter-ego gets a full story.

Identity has always been an especially important issue in Daredevil, Follow this: Matt Murdock is Daredevil.  Karen Page suspects him.  So Matt Murdock creates a (non-blind) twin brother who “really” is Daredevil.  Actually, initially he creates Mike Murdock when he’s captured by the Masked Marauder–to deflect the villain’s suspicions about DD’s secret identity. The interesting thing about Mike is that he’s a “civilian” that has the same cavalier, swashbuckler attitude that Daredevil had in his early issues.  As the series went along, Daredevil became an increasingly serious comic book hero–as opposed to another wisecracking cypher of Spider-Man/Human Torch.  Mike Murdock gives Matt the chance to say everything he won’t say as a “lawyer” and to have the kind of loosey-goosey attitude he wants to have as Daredevil.

The character would survive for about a year and half.

Also noteworthy: Daredevil #29 was the first “Daredevil Unmasked” issue.  Every hero gets one.  Daredevil gets many.  Many many many.

No one else was telling such multilayered comic book stories at the time.  Not even Stan himself in great books like Amazing Spider-Man and Fantastic Four.

And speaking of Stan, he makes a guest appearance… And let’s take a moment to praise letterer Sal Rosen, who got the brilliant idea to use letter shape to show foreign languages. 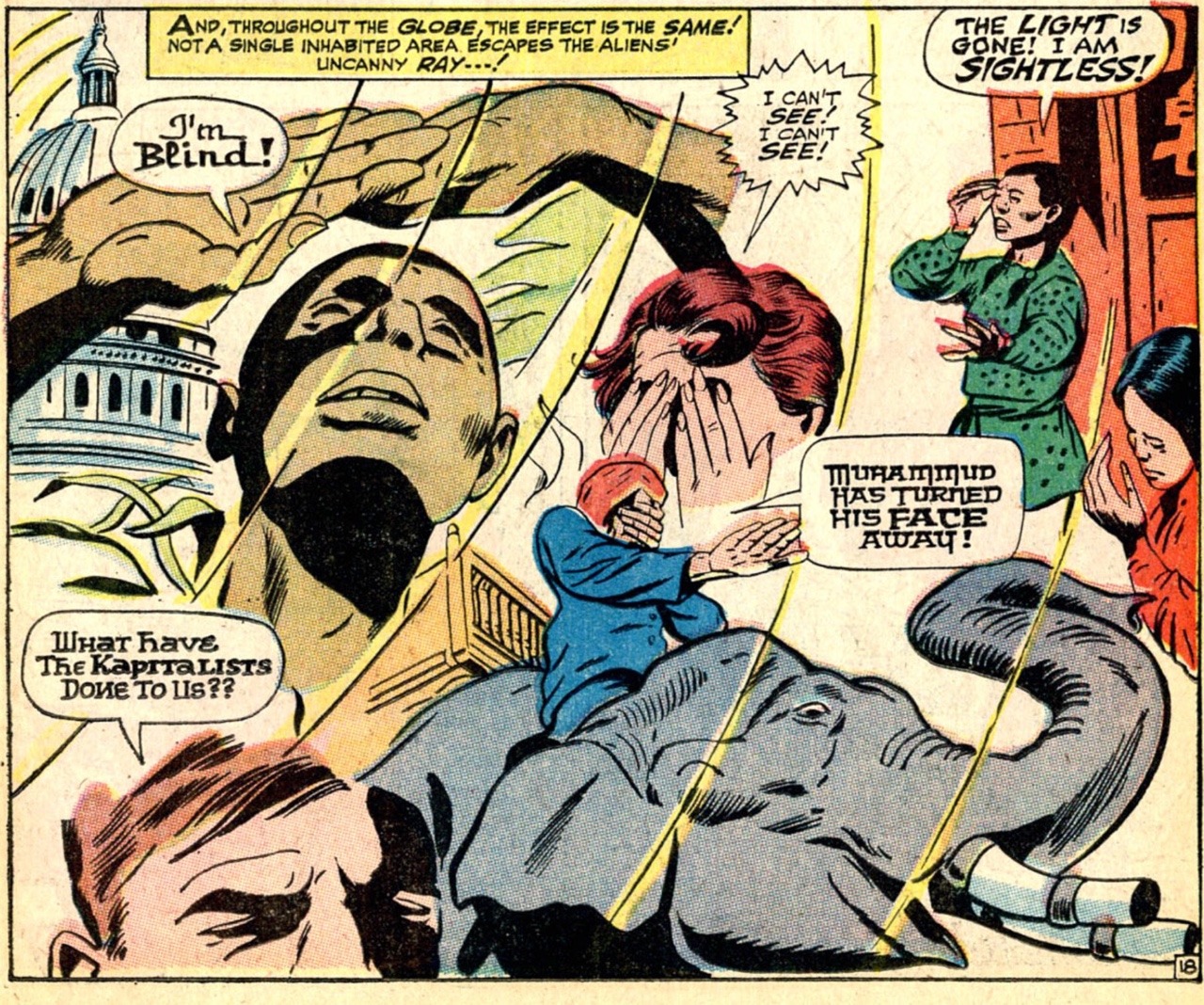