This issue fills the space between the last big arc about The Corporation, and the next one against an equally nondescript group of villains: “They.”  Not a whole lot happens, but both President Carter and California Governor Jerry Brown make an appearance.  As do the sculptures of four other Presidents… 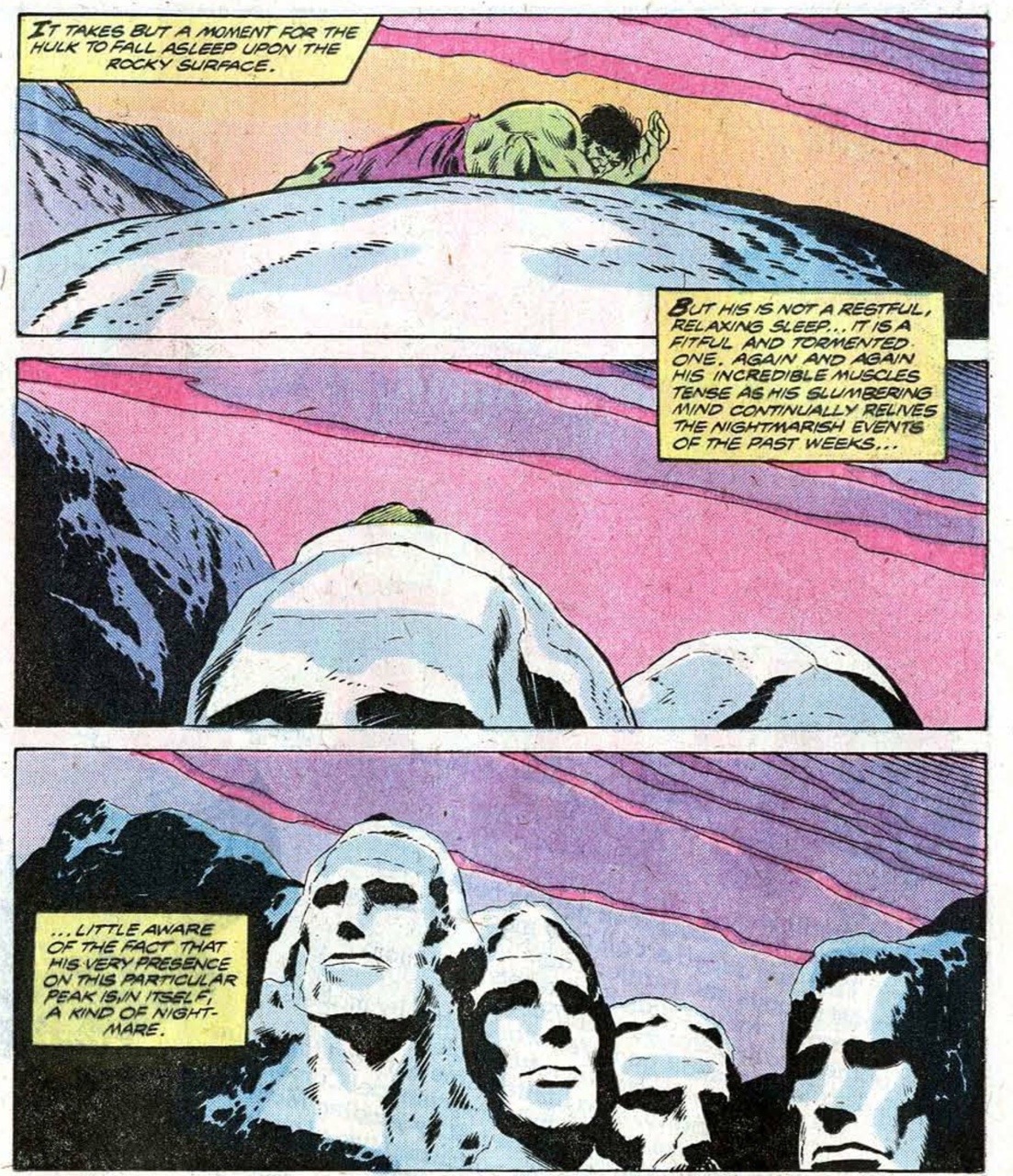 Also, Goldbug gets a new flying craft from Tinkerer.  He’s working for Tyrannus and They Who Hold Power, who want to kidnap Hulk.  It’ll matter in a few issues.