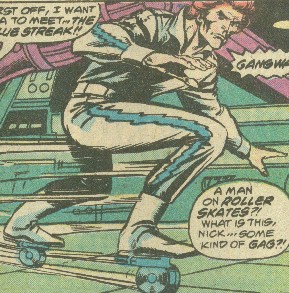 Captain America #216 was a reprint of an old Strange Tales story, and then with #217-221 we get … Kind of a mess. Different writers and/or artists in a multi-part story never bodes well.

Cap tries to recover his memories of his childhood, and he starts by going to SHIELD. For really not much of a reason, we get to meet the new SHIELD super-agents, which includes the roller-skating Blue Streak.

He’s a super-spy who skates.

We also learn that the old Western character Texas Twister is part of the SHIELD super team, and so is another new character, Marvel Boy.  He will later become Quasar, so I guess this is an important first appearance.

Cap then fights them as a test of their ability.  Because, again, every time a superhero meets someone in the 1970s he has to throw punches.

After that, it’s on to a giant Captain America robot built by Nazis. He fights the big robot, and then becomes friends with him.  I’m not kidding. 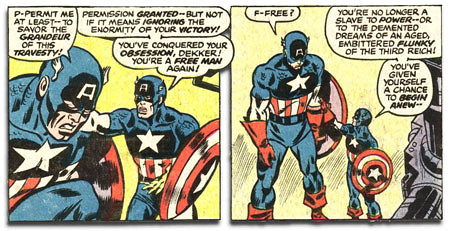 Along the way, there are major revisions to his origin and history, including that he was exposed to a Nazi nerve gas that put him into suspended animation (not being frozen by an iceberg), and we learn that he has super strength again, and that there’s this bizarre connection to Captain America film serials… 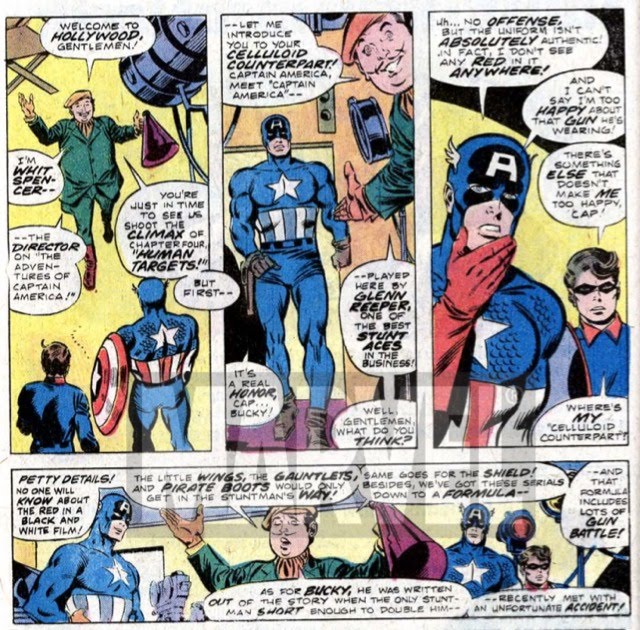