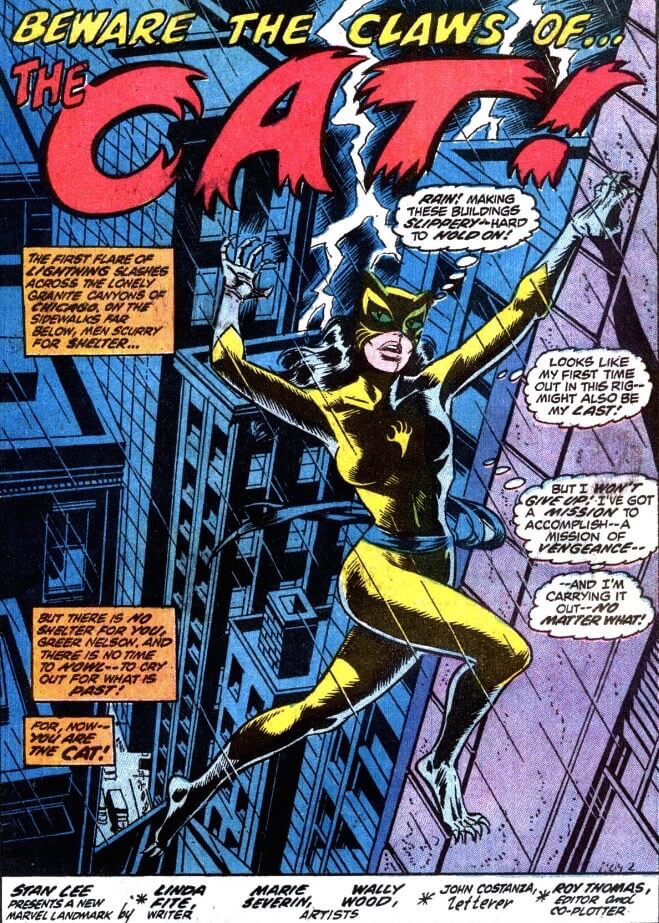 In 1972, the ERA and Women’s Lib were taking over the country, and editor Roy Thomas decided Marvel needed some female lead characters, and to their credit they wanted them to be written by women.  And, as Marvel did with so many writers, they just threw a paperclip and saw who it hit.  Linda Fite was an editorial assistant (and Herb Trimpe’s fiance) who had been given several backup features before she got to write The Claws of the Cat.

I wish the book had sold a little better, but to her credit, Fite didn’t really like the character.  “We’ll have a woman and we’ll call her Cat and she can be in catfights,” she said.  But it turned out to be a lot better than that.

Greer Nelson got possession of a costume that enhanced her strength and agility–so really, she’s like a version of Iron Man.

In the first issue, which is really, really creepy, she stalks a thug who is terrified of being touched in the dark.  She stalks around him and terrifies him to the point that he shoots himself in the head.  It happens off panel, but you see the body and the gun… 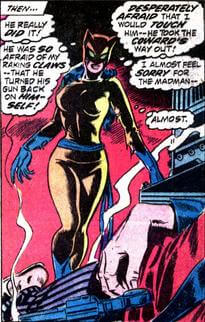 The book was cancelled in four issues, but it was significant for several reasons.

She may look like Hellcat, but this isn’t Patsy Walker, who was still just a teen romance character and wouldn’t become Hellcat until Avengers #144.

In issue #2, she fights The Owl, who previously had exclusively been a Daredevil villain.  Of course it was titled, “The Owl and the Pussycat.” 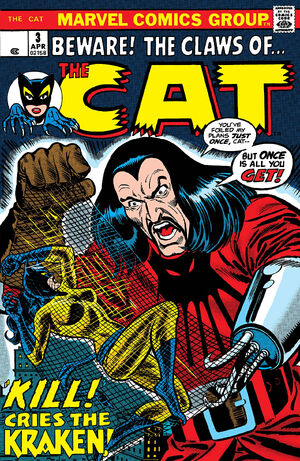 In #3, she fights the pirate Commander Kraken (no, his first name is not “Phil”), who we last saw in the pages of Sub-Mariner #27, an issue I didn’t cover because I couldn’t find it so I couldn’t read it.

The series ends abruptly in #4 (the fifth issue was already written, but low sales ended it prematurely), in which we see early Jim Starlin art–drawing Man-Bull! 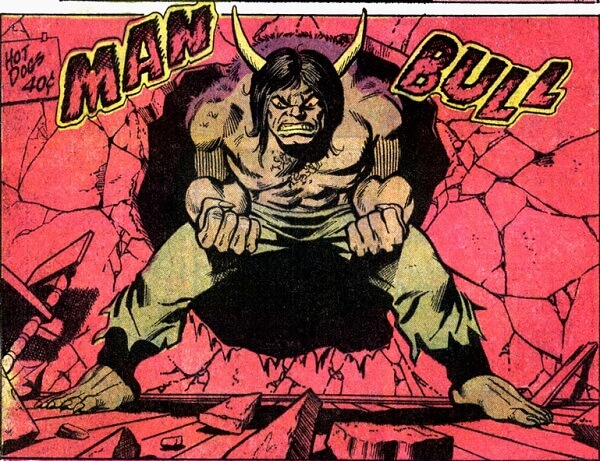 Commander Kraken, Man-Bull, Marvel 1972, Owl (Leland Owlsey), suicide in comics, Tigra is Greer Nelson and was The Cat (all appearances)
Tweet Pin It 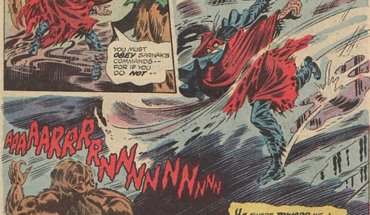