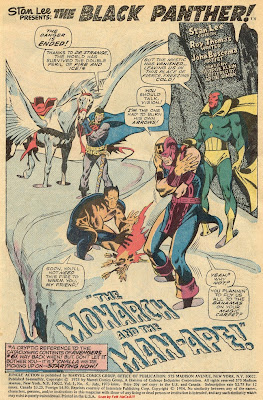 After a single issue by Roy Thomas and John Buscema (above), which basically moved Panther back to his homeland and tried to pull in regular Marvel readers by including Avengers cameos, Don McGregor and Rich Buckler are given control over T’Challa. 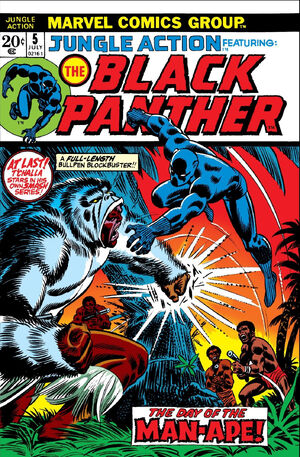 McGregor would end up writing this title for several years.  The mandate: You can do whatever you want with him, but make sure all the stories take place in Africa.  The tales immediately introduced a political dynamic, with Man-Ape’s agenda being that T’Challa has “sold out” to the white man. 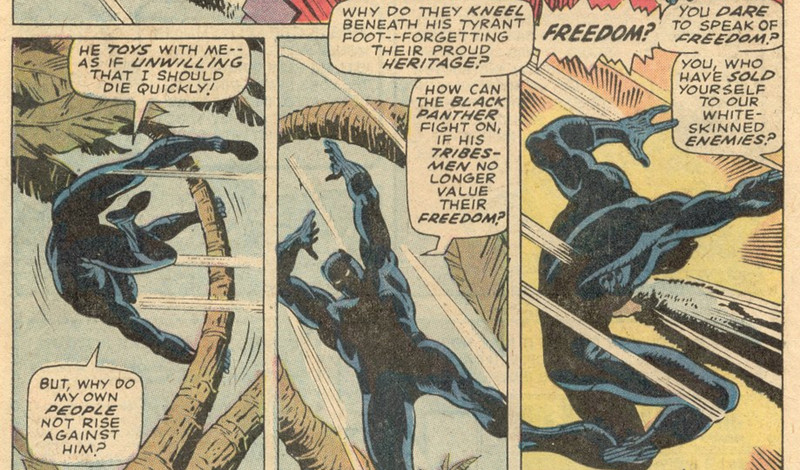 McGregor’s script, “Panther’s Rage,” stretched from issues #6-18) was one long 13-issue arc—the longest in Marvel history thus far.  It featured characters like Man-Ape (above) and Killmonger (below), who would end up being part of Black Panther’s regular rogues gallery. 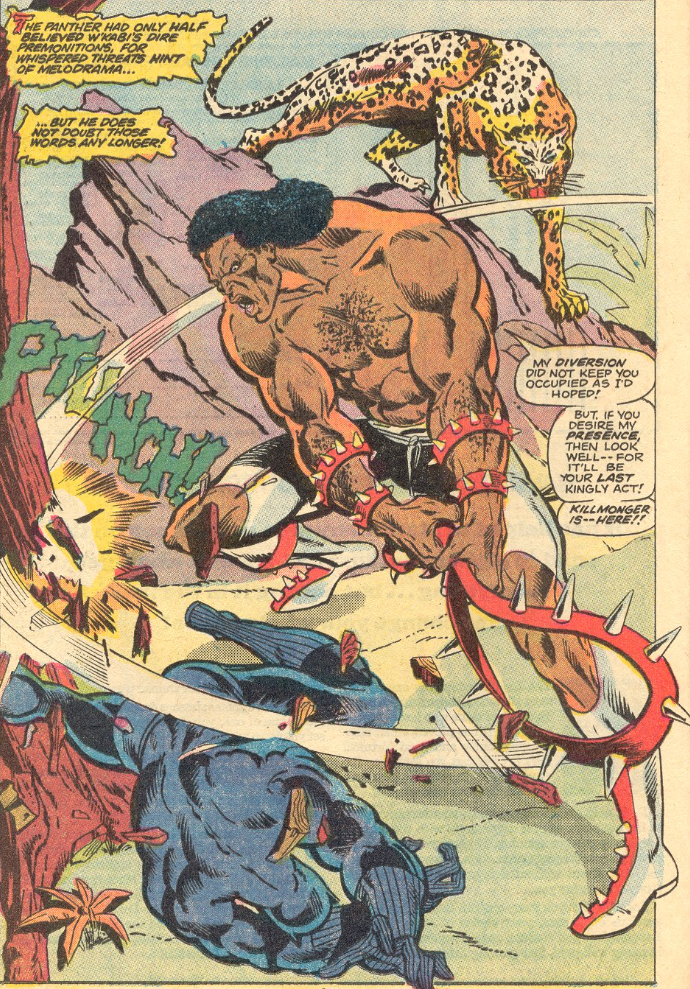 The tale introduced the theme of Panther being a “returning” hero to his people–a theme that would, frankly, eventually become an overused trope. 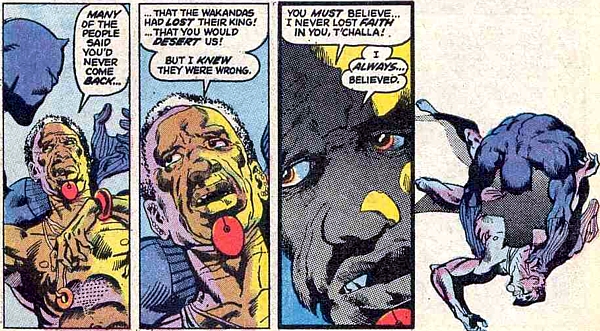 And it also made Wakanda a “real” place…. 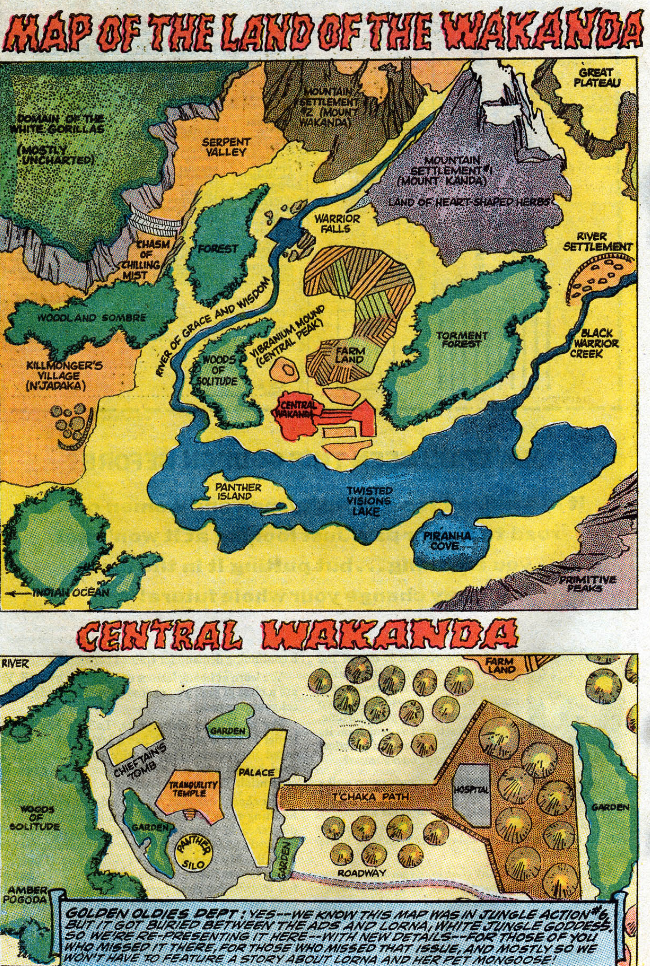 Overall, the tale was about Wakanda’s revolution against their leader, The Black Panther.  I don’t think there was a single white person in any of these issues, and they existed completely separate from the mainstream Marvel Universe.  You could make valid arguments that the issues are a little too wordy, but the reality is that these are some of the best comics of the 1970s—maybe even of all time—and few people remember them.  Yes, they’re wordy and occasionally clunky—but it’s important to remember that this was still the eras of Stan Lee and Roy Thomas, and nobody was wordier than them.  The issues were popular on college campuses, but didn’t get widespread, mainstream comic reader appeal. 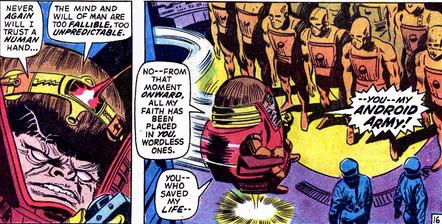 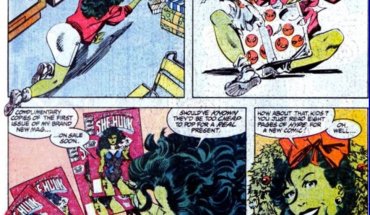