One of the things I love about Roger Stern’s writing on Spider-Man is how personal and real the people are.  In this issue, we learn a lot about Aunt May’s TV habits.  After a clever sequence showing Spider-Man lugging Peter Parker’s dry cleaning across town—and getting attacked while doing it—he is on the phone with his aunt, whose fiancée tells her to get off the phone because that “crazy Richard Dawson” is coming on.  So, Family Feud is her favorite show.  Good trivia.

Then, during a fight, Spider-Man calls her again to check in.  She’s watching Dallas.  Because old people watch a lot of television.  But there’s some clever slapstick as Spidey punches a dude without even looking at him.  Yes!  Spidey should be that proficient and powerful at this point in his development.  Absolutely. 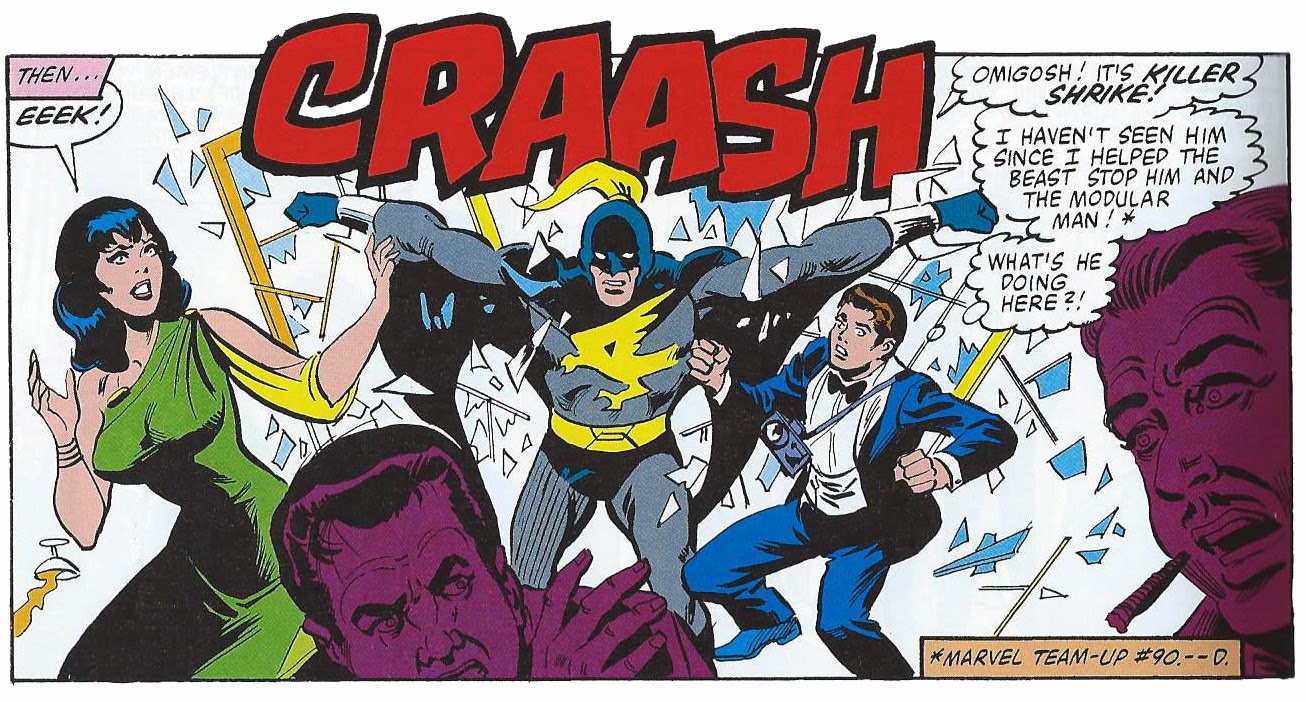 As for the “main” story, Killer Shrike’s armor gets occupied by Will O’ The Wisp, who is dispersed into a yellowish crystallized mist, and kidnaps Marla Madison, who is J. Jonah Jameson’s girlfriend. 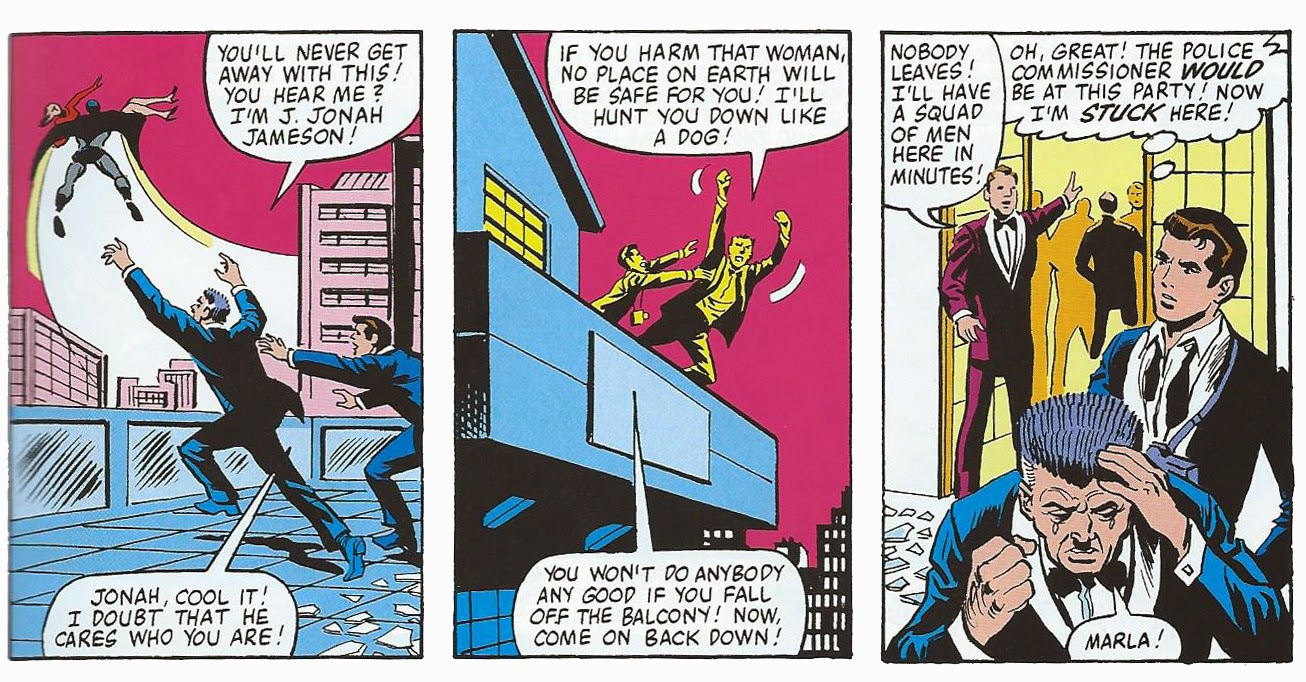 Wisp wants her to do some science stuff so that can re-corporealize.  (Yes, I know that’s not a word.  Basically, he wants his body back.)

He does get it back in the end, and escapes capture.