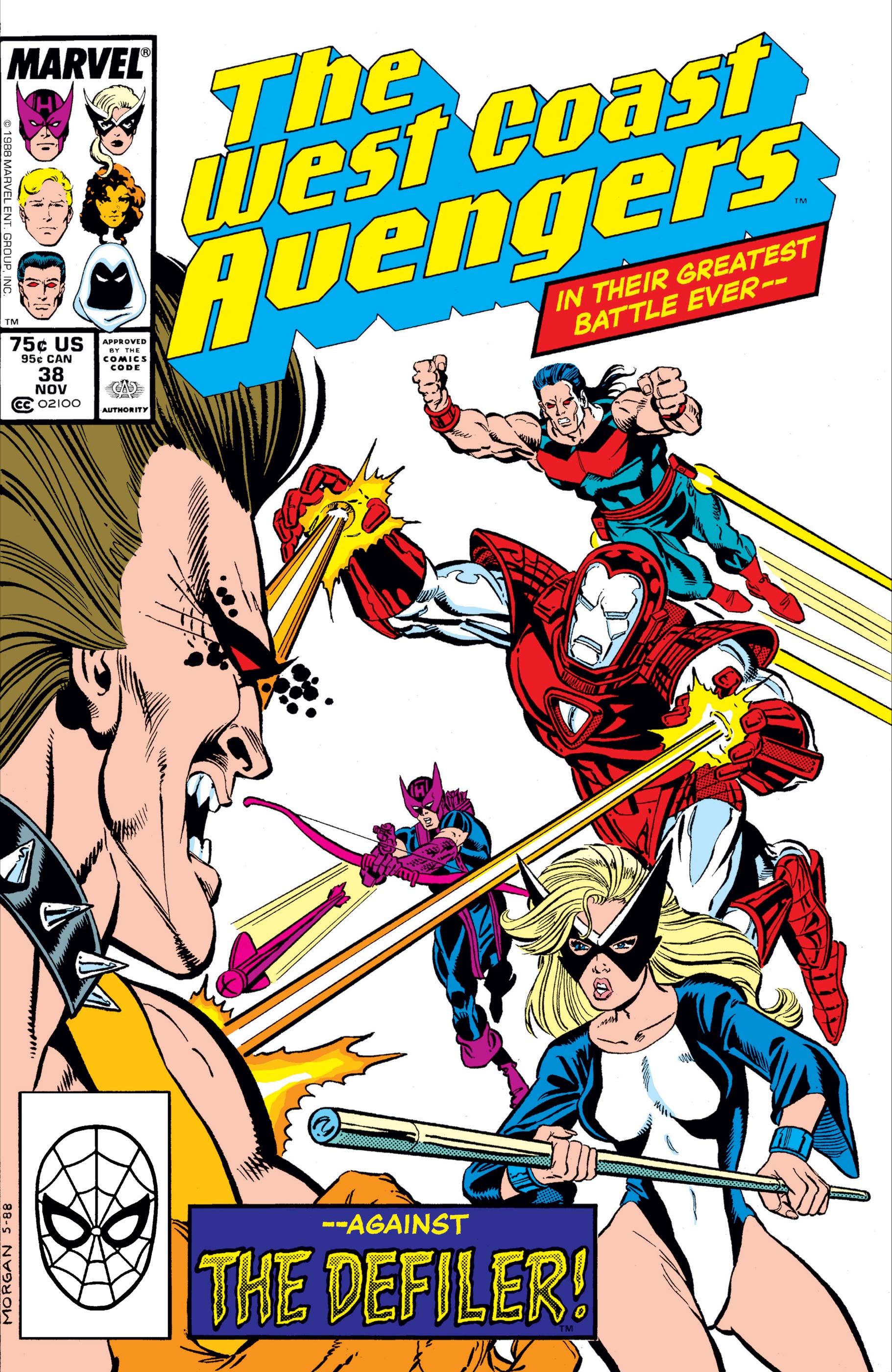 A fill-in issue that I really love!  The whole thing is a flashback to a happier time, when the West Coast Avengers were still a functioning team (before Hawkeye decided it wasn’t okay that his fiancé Mockingbird killed, arguably in self-defense, a dude who raped her).  It’s a wild and crazy, 1970s style comic—the kind Steve Englehart seems to have been trying to write for this team since the beginning, but for some inexplicable reason he keeps failing. A rock star called The Defiler is addicted to throwing innocent fans through a billboard of himself because the billboard is actually a portal that swallows the people, which then gives Defiler super-human energy.  The WCA team goes through the portal and rescues all the innocents by…

…Pulling them out on a giant skateboard.