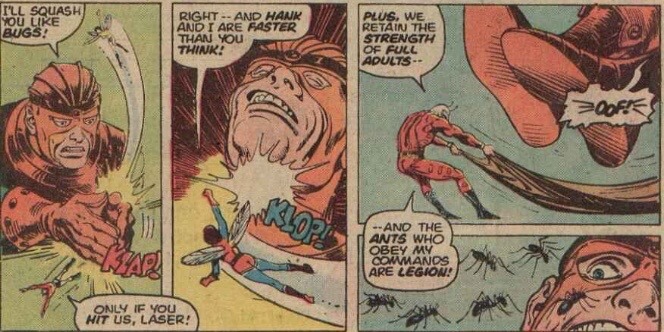 After the fallout of the Nitro fight, Rick Jones’ music manager starts promoting the fact that Rick helped defeat Nitro and that makes Living Laser want to come after Rick (not sure why), but Wasp and Ant-Man happen to be hanging out in Rick’s apartment so there’s a gratuitous cameo. 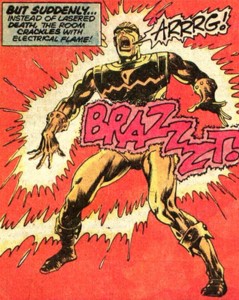 And they beat up Laser. 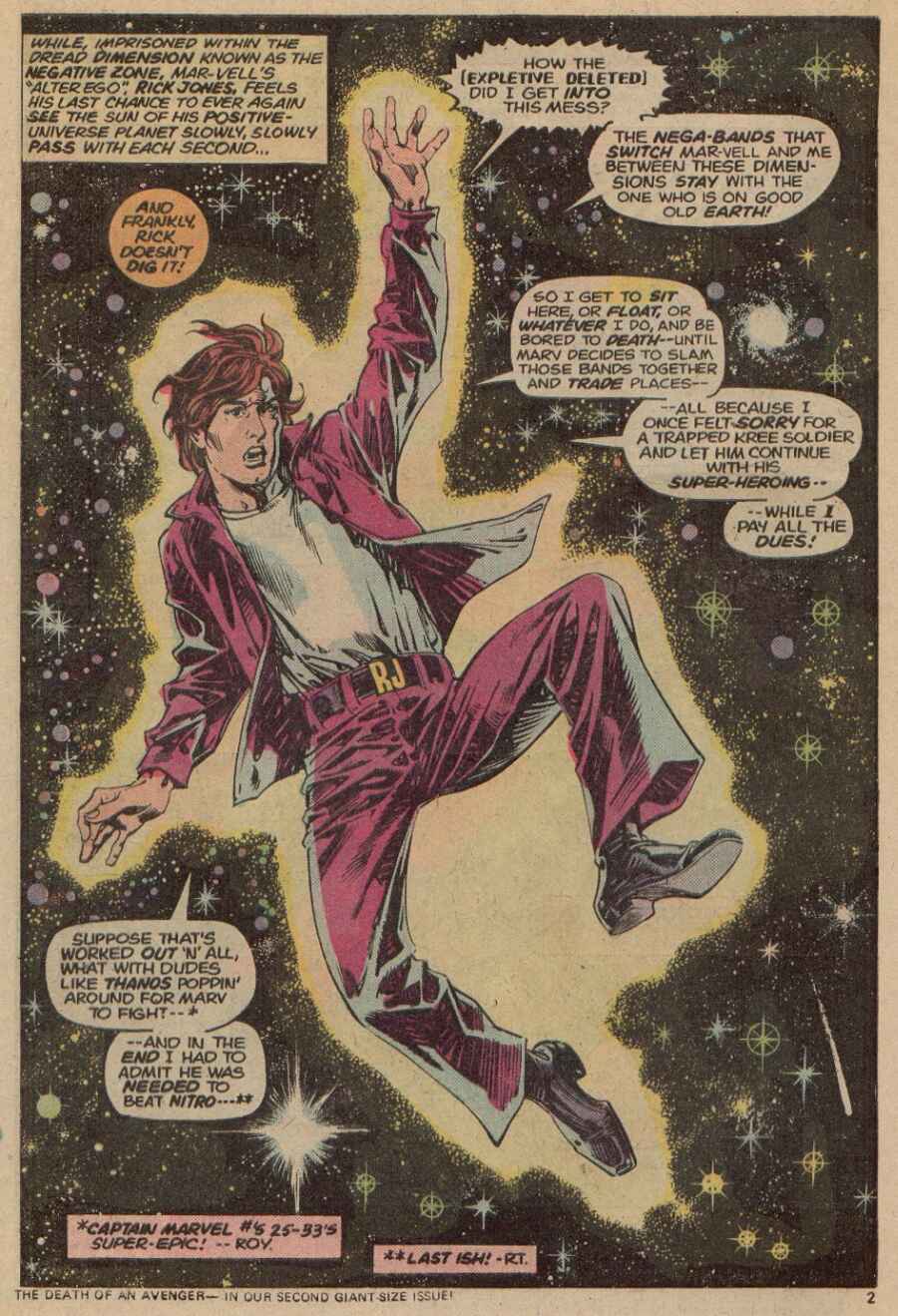 Then it turns out it’s not Living Laser, it’s a robot.  Don’t ask.  It doesn’t matter.  It’s funny though that in his first appearance, Living Laser doesn’t even appear. 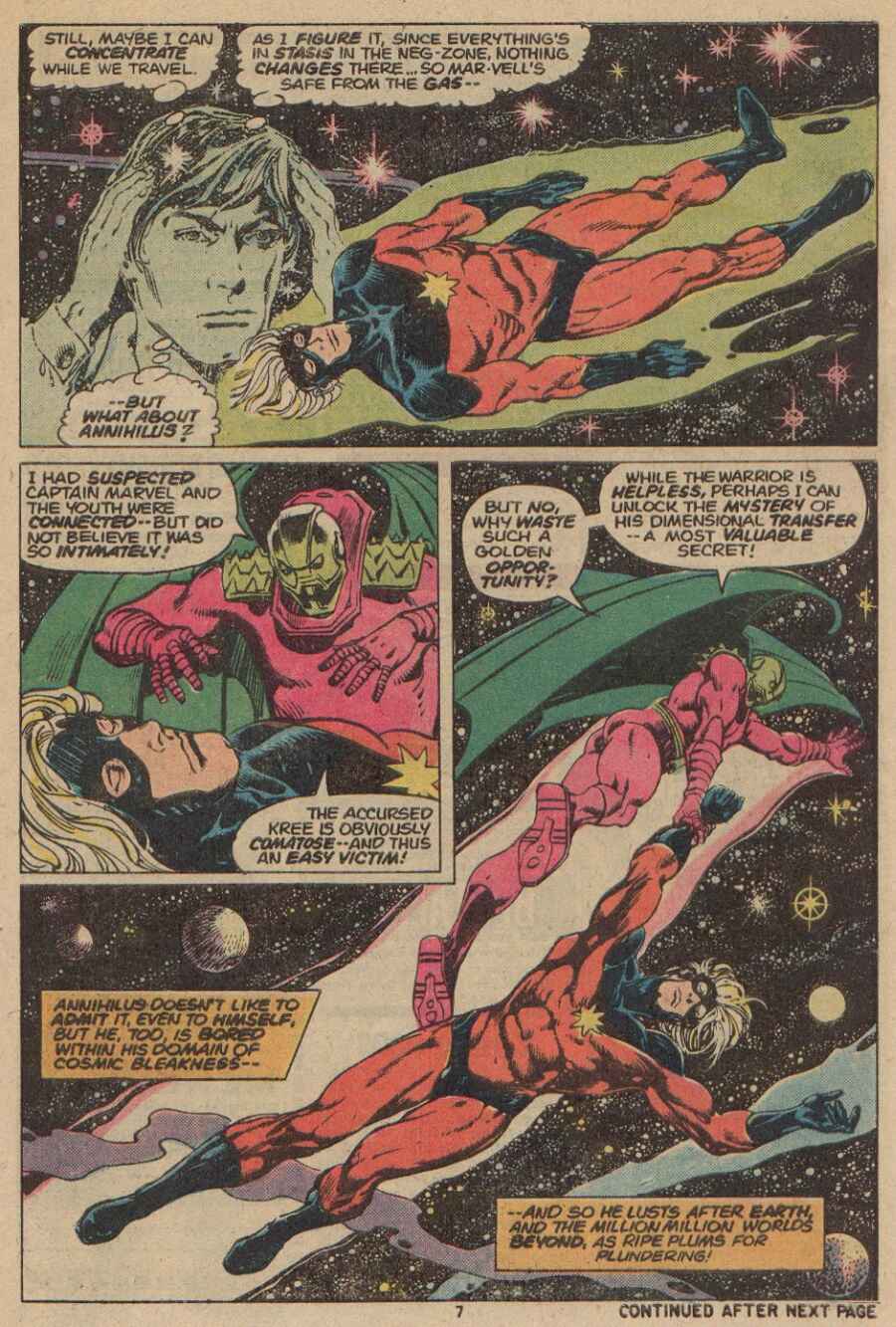 Remember, only Rick or Mar-Vell can be on Earth at once, and the other floats around the Neg Z.  Annihilus wants to study Mar-Vell to figure out how he changes places with Rick Jones, so the A can get back to Earth and wreak havoc.  But the battle goes nowhere and the story ends at the end of this issue.

Jim Starlin is gone for this issue, and so is much of the reason to read this book. 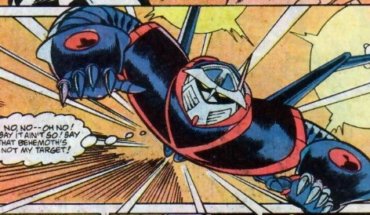 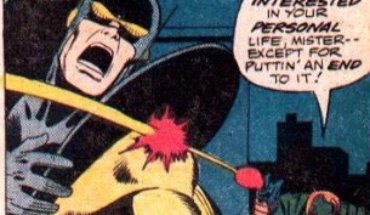 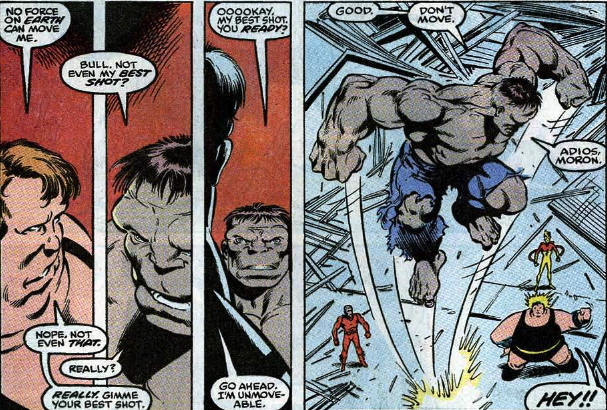