After Magneto quit being evil to mentor The New Mutants and other members of his old Brotherhood of Evil Mutants went over to work for the government on Freedom Force, some of the lesser-known and newer cast-offs formed The Alliance of Evil, which is trying to help Apocalypse (remember him?  He’s still around!) bring about a mutant revolution.  In this issue, they return and X-Factor fight them.

There’s not much reason for this issue, other than to remind us that there is YET ANOTHER group of mutants lurking about.

Through it all, the Mutant Registration Act is being enforced, which is what brings The Alliance out of hiding and into action against the enforcement.. 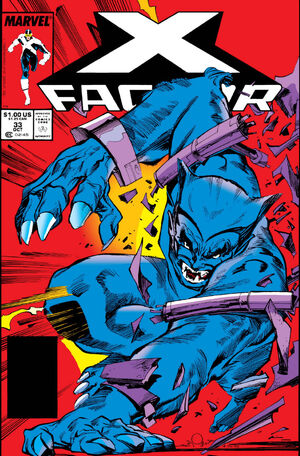 And Beast, after having been touched by Apocalypse’s “Pestilence” horseman and then infected by Infectia, is now blue and furry again, and has enhanced strength.

We also get the first appearances of Nanny and Orphan Maker, who are murdering parents and stealing their human children, for reasons that aren’t clear yet. 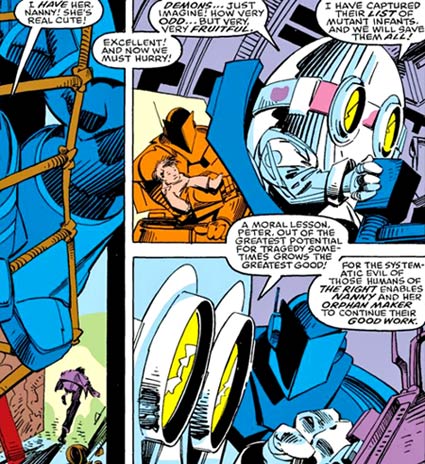 There’s so much crammed into every issue now, it’s very hard to keep track of where everything is.  And next issue will be an Inferno tie-in.