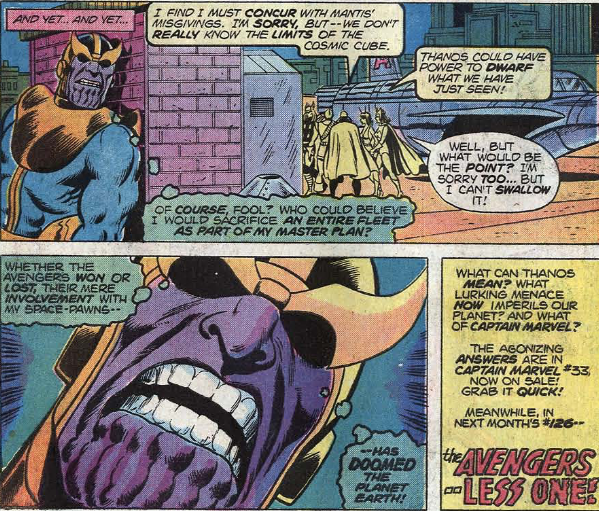 This was really just an attempt to sell Captain Marvel’s comic.  Above is all the Thanos you get in this issue–he’s hiding behind a chimney.  Way to make him lame, by the way.

But this is how much Thanos we were promised on the cover…. 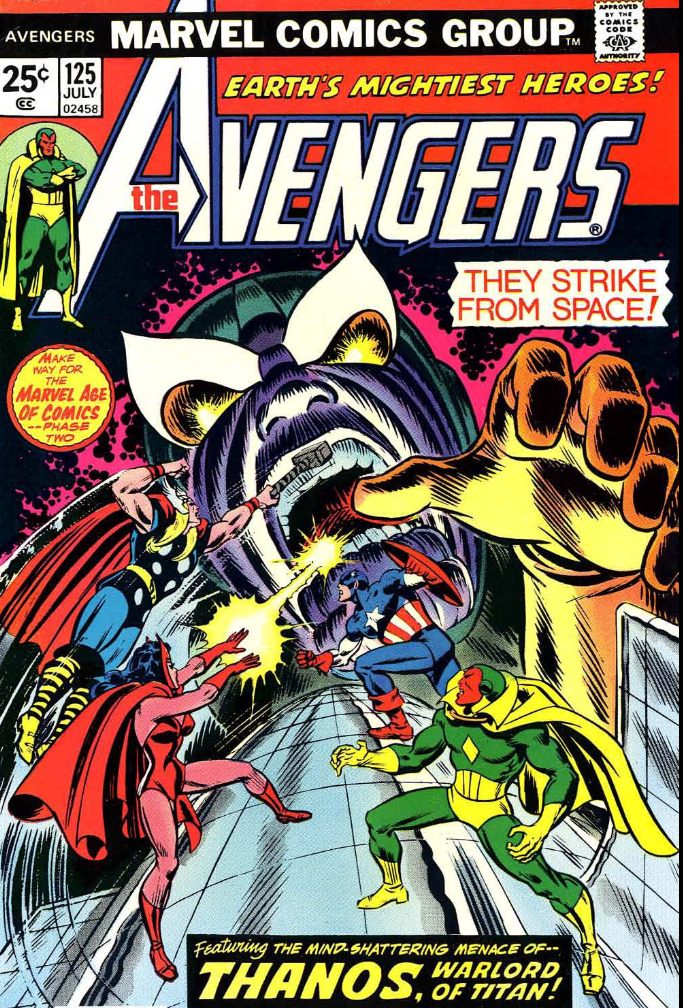 It’s not the first appearance of Big Bad Thanos, but it’s one of his first ones, and it’s in the first story arc that he appeared in…And he’s hiding behind a chimney.  (This story takes place during Captain Marvel #31-32.)

He got cooler later.  Actually, he was cooler in this very same story.  Hiding behind a chimney is totally undignified. 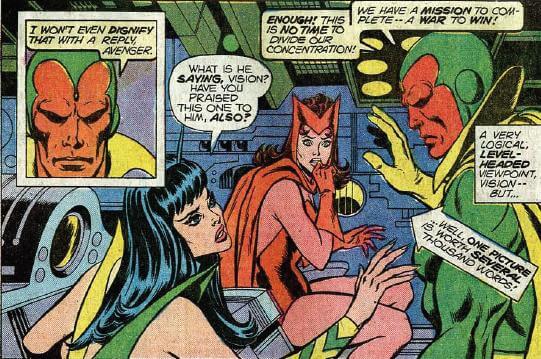 Also: Swordsman notices Vision is starting to dig Mantis, and he calls him out on it right in front of Scarlet Witch.  Viz should have decked him for that.