The Captain (Steve Rogers) learns that his friends D-Man and Vagabond are in jail for unauthorized superheroing, held by the Commission, so he gives himself up and demands his 6th Amendment right to counsel.  Giving himself up does nothing to free D-Man or Vagabond.  It’s an odd choice. By the end of this story, both Caps will spend time behind bars.

Meanwhile, the U.S. Government wants to capture all the unregistered heroes who are resisting the law—like Quicksilver. So Mystique takes his form…

And Blob becomes a judge.  His hammer does a Three Stooges “nuk nuk nuk!”

This is very, very strange.  But fun.

Meanwhile, New Cap and the Freedom Force go to war against the yellow-suited gang of mutant misfits known as The Resistants, who include guys like Mentallo. Cap’s team kills a bunch of them and gives harsh beatdowns to the rest.

John Walker Captain America is shown progressively getting more and more crazy and disillusioned since the death of his parents.  He figures out that two fellow agents are the ones who outed his identity and got his mom and dad killed, so he goes after them, basically tying them upside down and leaving them in a slow-burning gas fire.

“Unstable New Cap” continues when he’s sent to take down Flag Smasher and, instead, winds up a hostage. 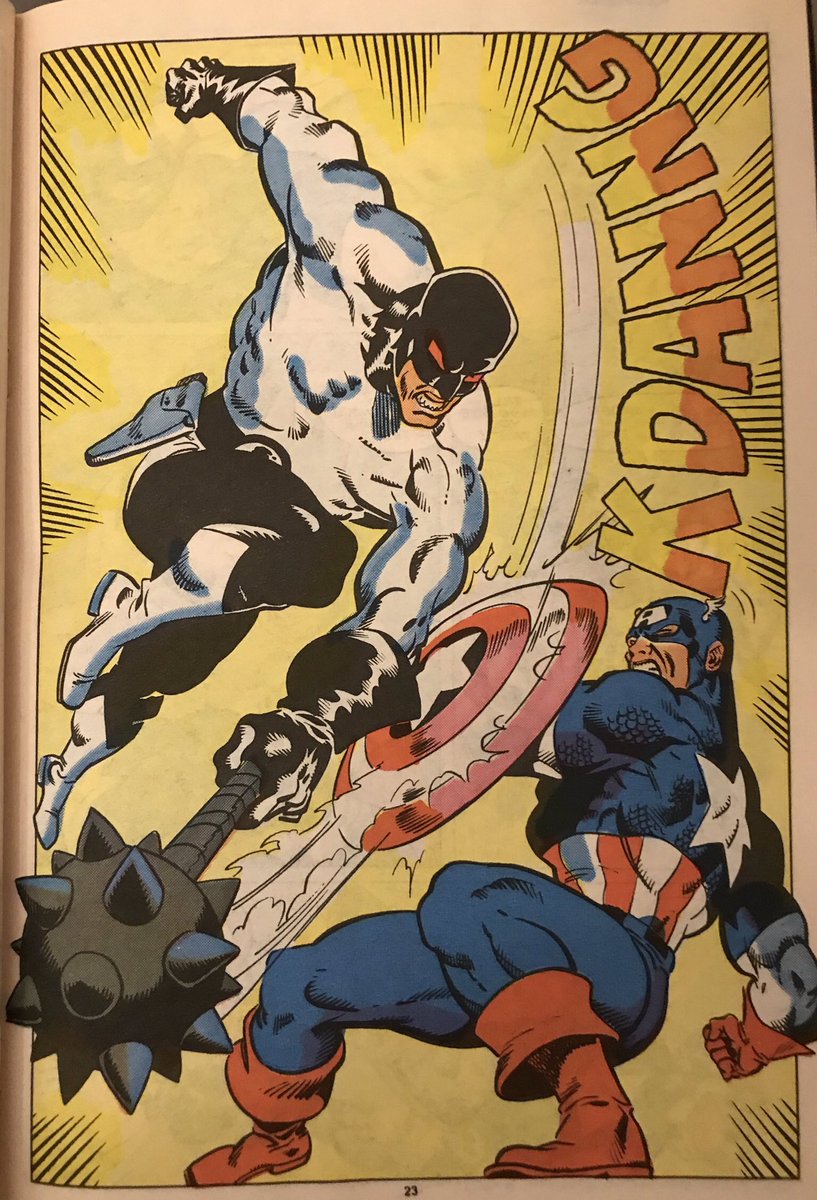 Smasher demands that the government deliver the “real” Captain America—or he’ll kill New Cap and some other hostages.  Even new Bucky begins to doubt John Walker’s ability to be Captain America at this point.  I mean, he’s so bad he got captured by Flag Smasher.

Meanwhile, Red Skull II (a Russian version) is back and killed by Scourge.  Remember him?

It turns out, Scourge is now working for a shadowy figure who is also directing the actions of the U.S. Government commission that is running John Walker and the Freedom Force. We then learn that Steve Rogers languishes in a cell and President Reagan had no idea.  He frees Cap, who then finds D-Man and makes him an Avenger. Cap goes to rescue new Cap from Flag-Smasher, there’s lots more tons of clandestine connections between shadowy operatives, and, of course, this is all leading up to the big issue #350.  So you know what that means. Only it’s not the “real” Red Skull.  Mark Gruenwald is a notorious continuity nerd, but I can’t understand all the connections he makes here.  He has about a half dozen secret organizations, ties them all together, suggests that Scourge is actually Scourges—a group of agents acting under one person’s direction—and I’m really not sure who that Red Skull was.  I think he was a clone of Steve Rogers.  But he escapes.  But Steve Rogers gets to make a big speech. 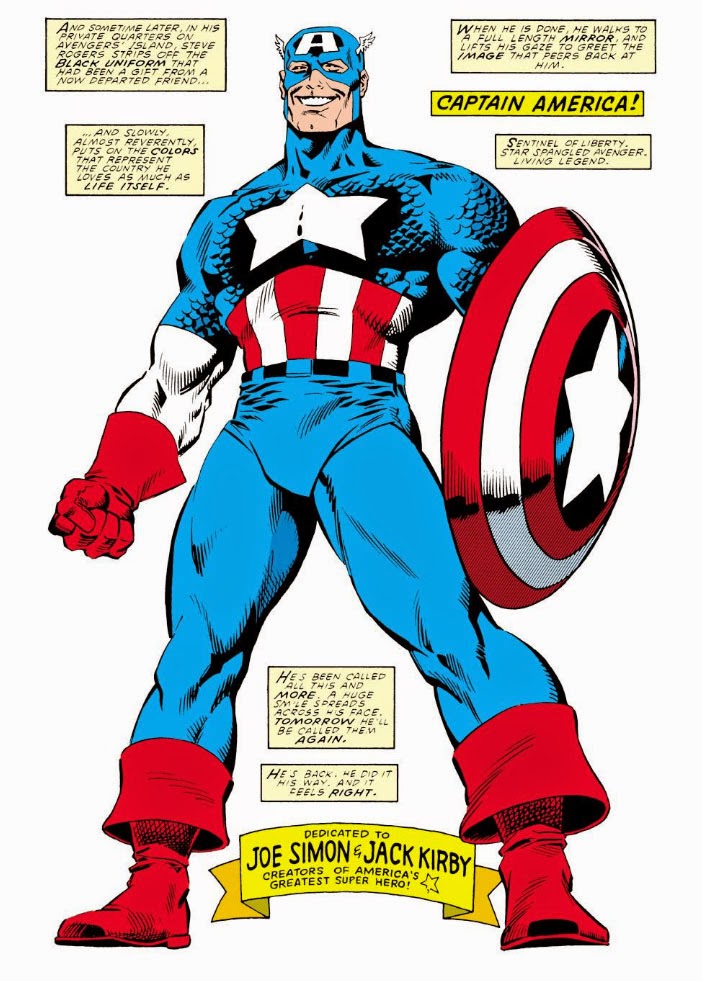 THEN, after it looks like the story is over, John Byrne returns to Captain America to draw a short story showing that Arnim Zola cloned Steve Rogers so, yes, the new Red Skull is in fact that clone.  The story is an overview of the history all the Red Skulls.  It’s good.

Lots of killing in these issues, which isn’t standard for Captain America but it works really well.  This is a very good run—but I was a disappointed in the big conclusion.

Creators: Mark Gruenwald and Kieron Dwyer
Grade: B, until the final issue, which is a C