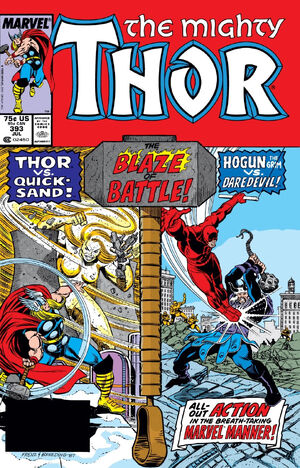 Okay, there’s a LOT that goes on in these four issues.  It starts with the Asgardians trying desperately to restore their ability to go to Midguard without using the now-destroyed Rainbow Bridge.  Hogun makes the trip, with the goal of getting Thor to come back with him and help the Asgardian Gods fight an invasion by the Egyptian ones.  Throughout these issues there are flashes to Asgardians fighting off the God Seth’s invading forces. The stress of the trip makes Hogun go nuts and he fights the “unmanly” bullets of the NYPD.

Then, we see Thor—in his secret identity as construction worker Sigurd Jarlson, visiting the architect of his current work site, future Thunderstrike character Eric Masterson.  Thor has some kind of future-sight ability here.  That’s not in his power set, so I’m tagging this post as an issue with a forgotten ability. We see that Masterson works with Jackie Lukus, who will eventually become Bloodaxe.  She’s a hot flirt. 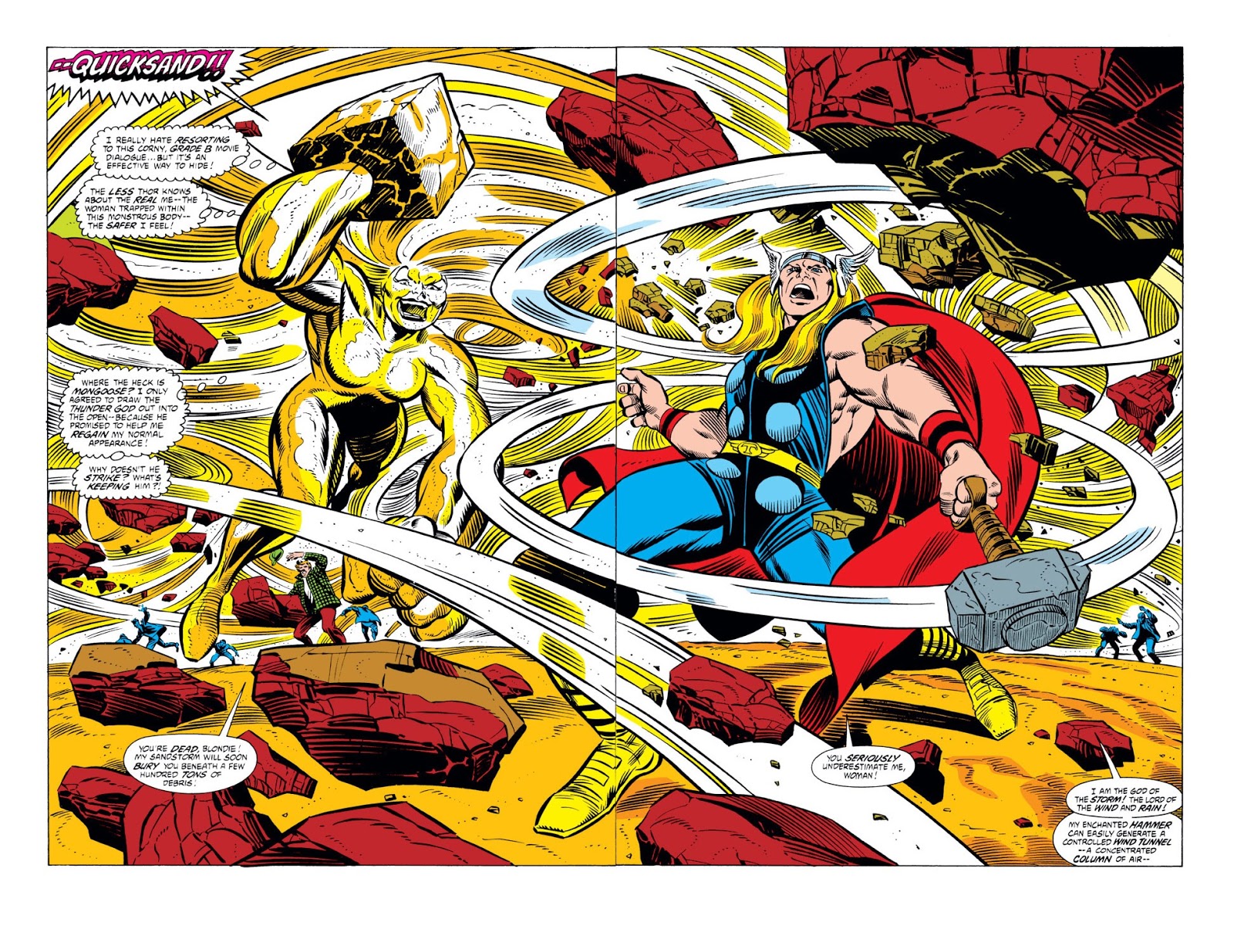 And THEN we get a new villain, who is basically just Sandman as a chick.

Thor has to stop her from starting a nuclear meltdown, which he does by teleporting the reactor. 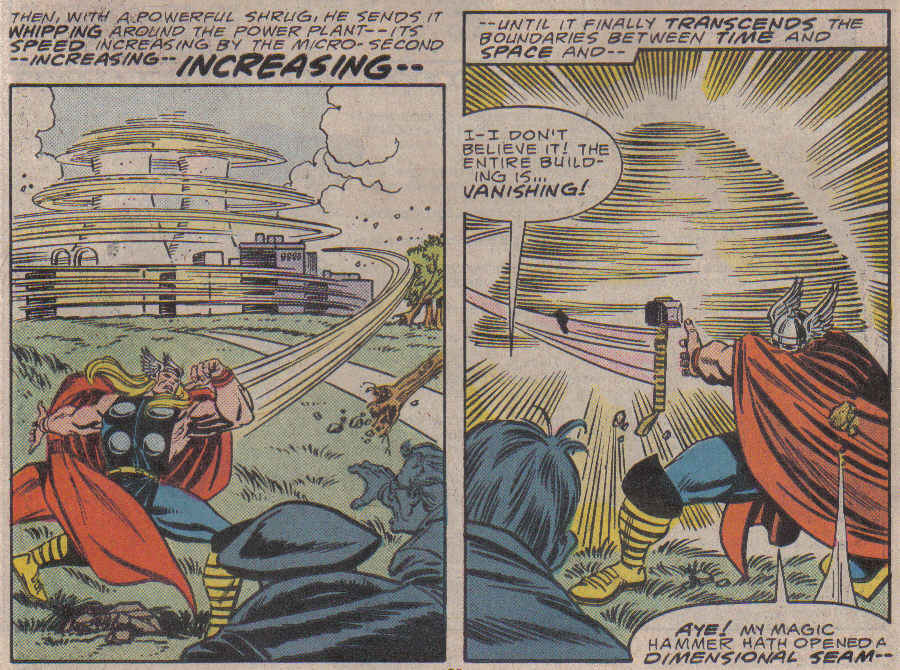 Eric Masterson seems to have figured out that Thor and Sigurd are the same person.  It was that simple for him.  Everyone else in the world spends years failing to link guys like Peter Parker/Spider-Man, Daredevil/Matt Murdock, etc., but Masterson gets it on the first try.

And speaking of Daredevil….

Thor is so busy fighting Quicksand that he’s not in NYC to deal with Hogun.  So we need a guest star.  Because there’s not already enough stuffed into these issues!

Eventually, DD and Hogun figure out they should be friends, Thor comes back to New York, and the Egyptian God Seth watches as Hogun tells Thor about the invasion of Asgard, and endows three mortals with super powers to stop Hogun and Thor from returning to Asgard: These three will later be known as “Earth Force.”

Thor holds them at bay until they decide they didn’t want to kill Hogun and Thor anyway, and they run away.

And all this ends with a cliff-hanger: Asgardian-in-Chief Balder decides that since he can’t bring Thor back to Asgard, he’ll just steal his powers to help fight off the Egyptian pantheon.

So….Many new characters are introduced—or in the case of Masterson, their future significance becomes clearer.

And I completely left out a very weird interlude about a reporter and Jane Foster, which included a Thor-versus-Hercules flashback.  That sequence was created by a different team altogether.  It was fun and all, but it took us completely out of the story for almost an entire issue.

I’m pretty sure the above character, referred to as “Sir Jamesly,” is supposed to be a spoof of Jim Owsley.  I’m counting it as a creator appearance, even though it’s clearly not a one-to-one appearance of the writer currently known as Priest.

Creators: Tom DeFalco and Ron Frenz, except for most of #394 by Roger Stern and Bob Hall
Grade: C+