This is the best issue of MTU so far, and probably because it’s so random and silly.  That was the charm of MTU, and Marvel really didn’t start perfecting it until later in the 1970s.

This issue is called, “Wolf at Bay” and it stars on the Bay Bridge.  How cool is that?

Spider-Man is in San Francisco because J. Jonah sent Peter Parker there to snap some pics of Daredevil and Black Widow, and also to help him forget how much he misses Gwen Stacy.  Oddly, Gwen died in a bridge fall, and in their opening battle, Spidey knocks Werewolf off the bridge and tells himself the wolf must be dead because nobody could survive a fall like that. 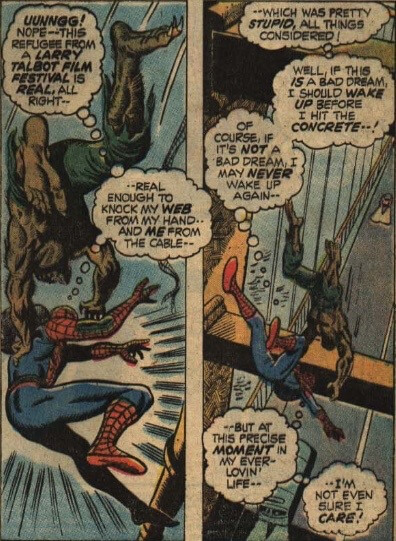 Beyond that, you really don’t need to know more.  Where there’s a Werewolf, there’s evil magicians, yodda yodda.  This one is named Moondark, and he’ll be back a few times.  It’s good fun if you don’t think too much.

This is Jack Russel, Werewolf By Night’s first appearance in Marvel continuity-and he immediately retreats back to his own, self-contained book. 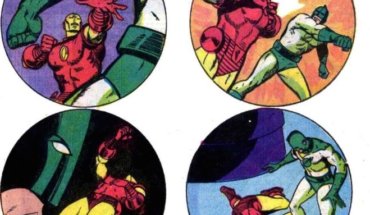 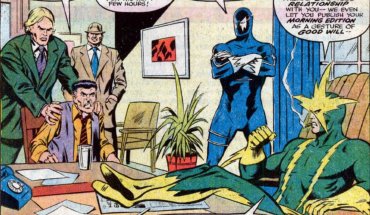