Kinda cool–they’re introduced first as civilians, then ultimately in their roles as superfolk… The Canadian supergroup is, of course, all part of the growing legend of Wolverine.  In these issues, we also learn that he speaks fluent Japanese, as the team does a brief stopover near Tokyo and Wolverine meets Mariko for the first time.

The Claremont/Byrne run established so many iconic ideas for Marvel–it’s easily as good as the Lee/Kirby stuff on X-Men, Fantastic Four, and Thor.

They also seem to have gotten away from the constant plane crashes.  We haven’t had one in over a dozen issues. 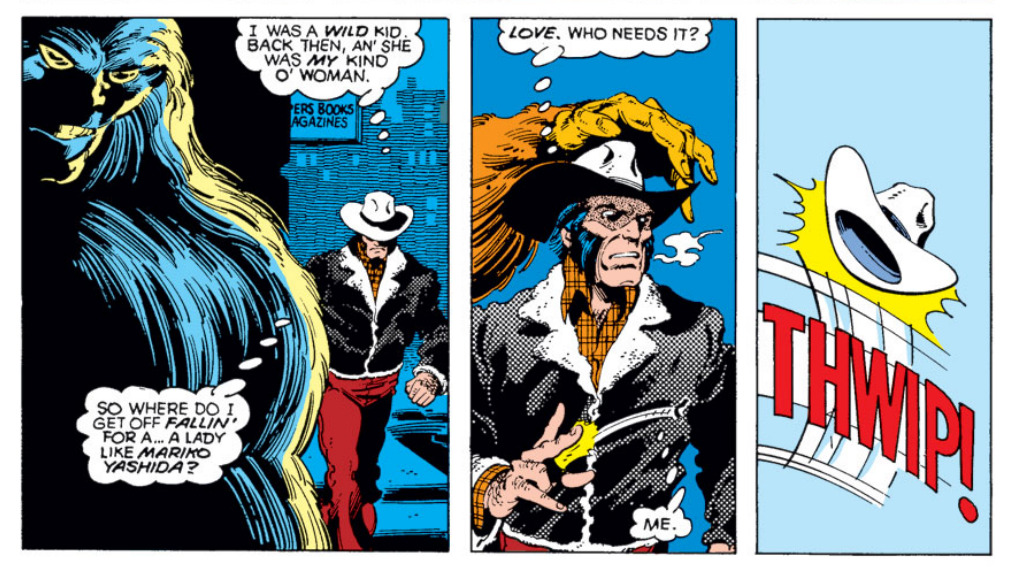 It starts with the team wrapping up last issue’s visit with Sunfire in Japan, and Wolverine wrapping up a little time spent with Mariko, when he gets popped by Sasquatch.

Canada is trying to reclaim their asset–and they don’t recognize The X-Men (despite the fact that the X-Man most prominent on the screen is Cyclops, who has been around for decades).

Also: A cameo by the issue’s inker and colorist! 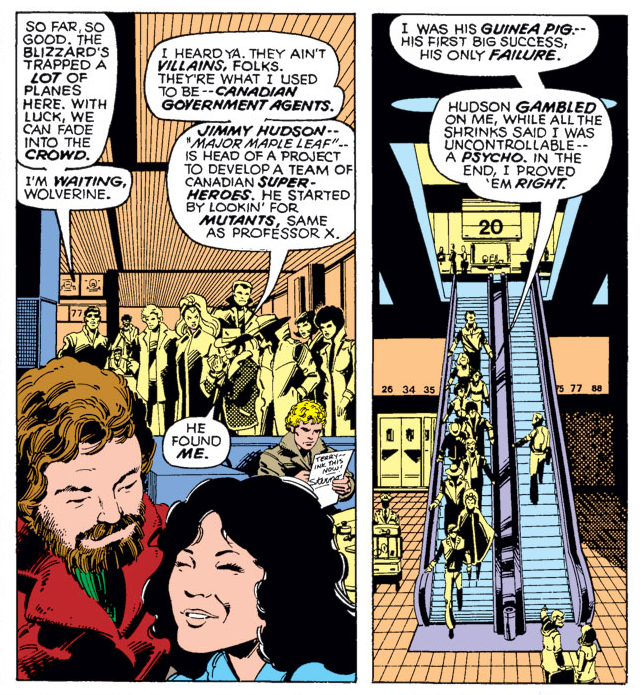 In the foreground, that’s Dave Cockrum and Bonnie Wilford.  In the background, reading the paper that says “Ink this now!  [Signed] Sterno” is Terry Austin.  Roger Stern was the editor.