The Splash Page from Marvel Spotlight #5

The best-looking hero in Marvel’s stable gets his start in a comic that’s…Really all about the look.  Silver Age author Gary Friedrich and artist Mike Ploog designed a flaming skull in leather riding a motorcyle.  Who doesn’t think that’s cool as Hell?

The comics themselves aren’t very good.  So this write-up is mostly about #5, his first appearance.

(Side note: Friedrich recently sued Marvel for some of the profits from the horrible Ghost Rider movies. Naturally, he lost under well-established work-for-hire principles. The truly sad part, though, is that Disney has countersued him and bankrupted him for illegally marketing his own Ghost Rider materials.  I’m not taking Friedrich’s side here. I understand that when a publisher pays you to create something, they own it. And I understand that he can’t go around capitalizing on the character. But this seems extreme to me. Seems like Marvel/Disney could let the dude make a little money off of being the creator of their intellectual property.  Anyway, you can read it about it lots of places, but a particularly pro-Gary article is here.)

The story is pretty simple: Johnny Blaze is in a family of traveling stunt motorcycle riders, and his dad “Crash” is the leader.  Johnny promises his dying mom he won’t ride stuntbike for cash anymore, so he becomes a one-man pit crew instead of the son his daddy wanted him to be, the one who take over the show.  But Johnny still rides for fun, since he only promised her he wouldn’t do it as performance. Imagine, a guy who can “lawyer” his dying mom like this, still can’t make a good deal with the devil!  When Crash is about to do a dangerous ride, Johnny offers his soul to Satan to not have his dad be killed. 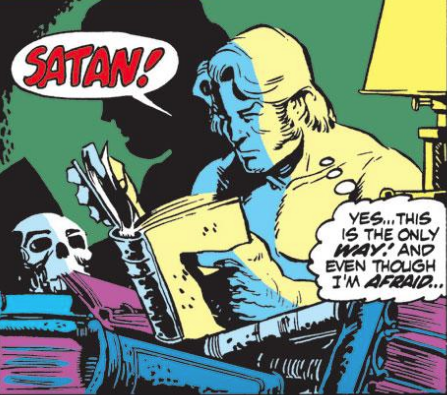 So, instead, the devil tricks him and daddy gets cancer… 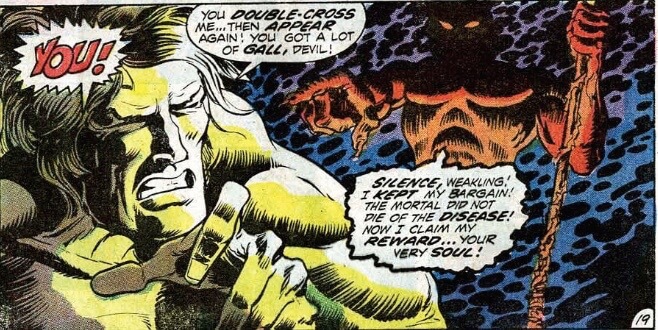 And so he becomes Ghost Rider.

In issues #6-11, we get generic villains like Witch-Man and not much in the way of character development.  Johnny goes to Hell and races against his dead adopted dad.  He’s full of angst and considers giving up and just being what Satan wants him to be.  That’s his struggle.

The most interesting thing about these issues is that the devil appears to be The Devil.  He won’t become Mephisto until later. 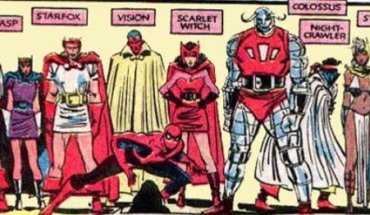 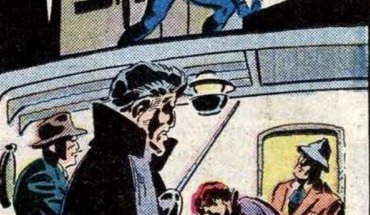