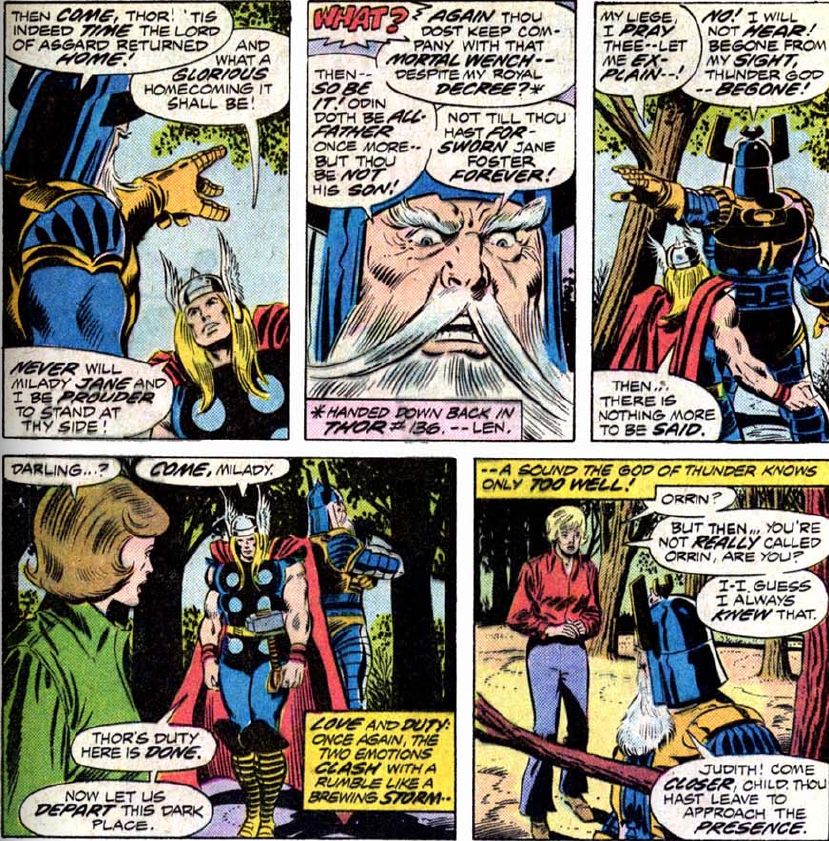 After rescuing his father from the Egyptians and giving him his memory back, Odin thanks Thor by banishing him to Earth (again) for dating Jane Foster (again).  Because being a God means never changing your mind or opinions, and way, way back in Thor #136 Odin decreed that his son could not bone a mortal.

So, it’s all back to normal.

Thor and Warriors Three all move back to Earth where they live in Don Blake’s apartment and Volstagg pigs out on donuts. 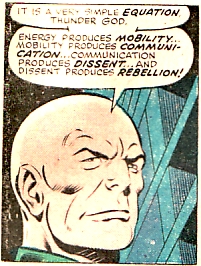 Then they fight Zarrko the Tomorrow Man, in a battle through time that includes dinosaurs. 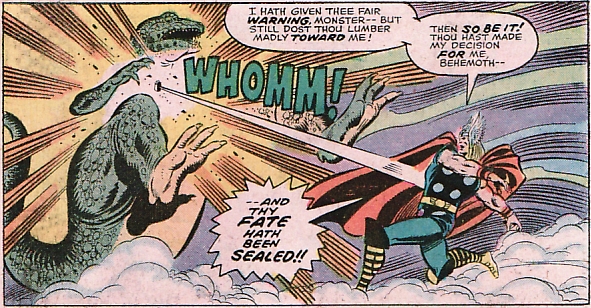 The T-Rex appears to have a human-flesh foot.

The worst of this is that he kidnaps Jane Foster, who was just beginning to prove herself worthy of Sif’s soul (which Sif donated to her to save her life a while back), relegating Foster to the hostage/woman in distress role.  Until Jane picks up a sword and remembers the “warrior Goddess who lives within me” and, briefly, transforms… 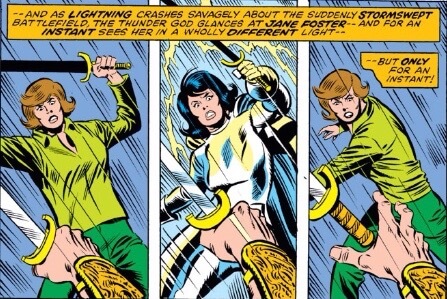 I’m hoping this Sif-and-Jane thing turns into something cool.  Marvel loves characters that transform in battle or anger into something else.  (Hulk, Ghost Rider, etc.)

Creators: Len Wein, John Buscema
Grade: B
For the complete history of the MU, year by year, go here. 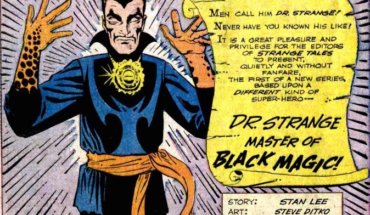 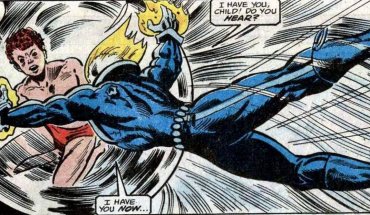 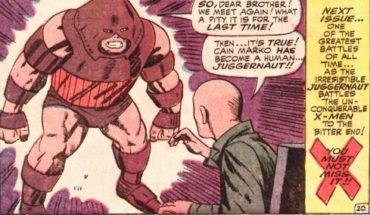