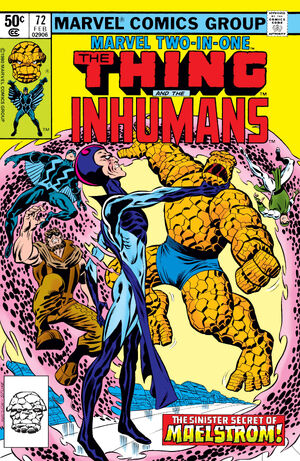 I want to start by saying that the more I see Ron Wilson’s work, the more I really dig it.  He might be my second-favorite Thing-drawer.  Next to Jack Kirby, of course.

This is another Mark Gruenwald special: A complicated story with lots of esoteric characters and bits of Marvel history. Gruenwald was kind of the early 1980s version of Grant Morrison.  It was a simpler time, but like Morrison, Gruenwald loves to pull toys from the deepest bottom of the toybox. 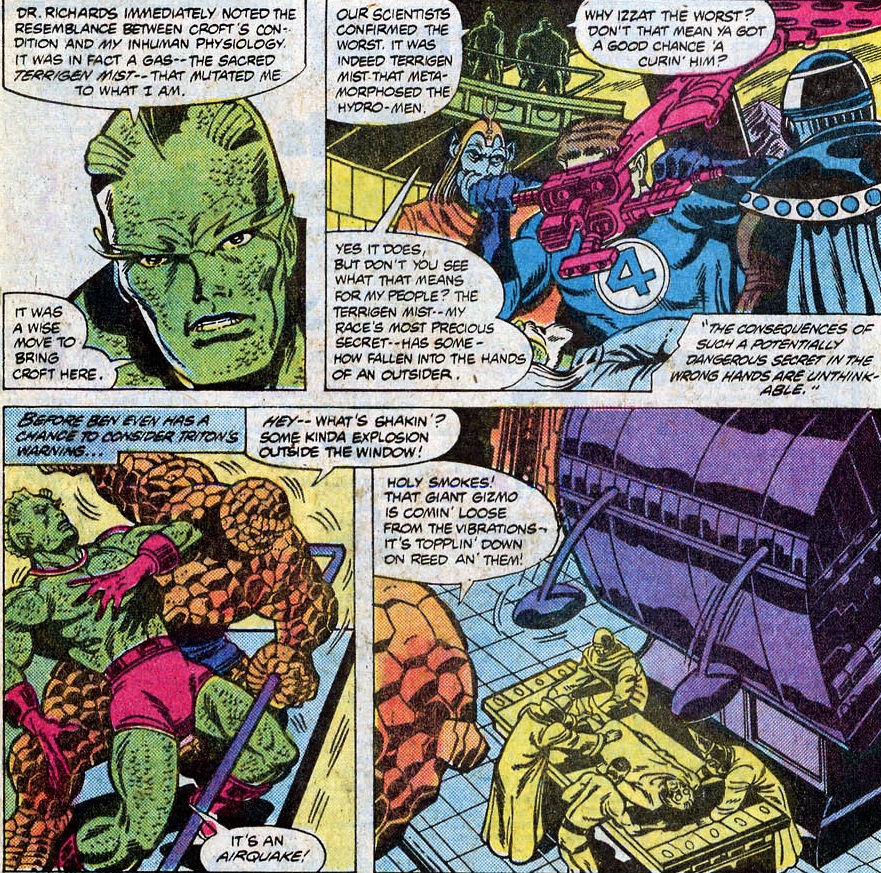 It starts with Mr. Fantastic and the Inhumans having worked together to cure The Amphibians, a group of humans who were transformed into “hydro people” by the Terrigen Mist, the same chemical that gives powers to The Inhumans.  (The Amphibians date back to the end of Sub Mariner’s solo book, almost a decade ago.)  The only catch is that this “cure” will also reverse the Mist’s effects on actual Inhumans, so they need to guard it well.  A villain named Maelstrom decides to steal it. 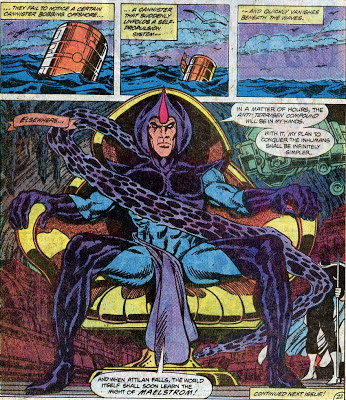 Apparently, he’s the son of an Inhuman who was cast out of Attilan, so he’s all angry and full of a need for family vengeance.

Maelstrom’s key henchman is another new character, Deathurge, who is like Silver Surfer except that he’s all black instead of all silver and he rides a flying axe instead of a board.  He’s pretty cool. 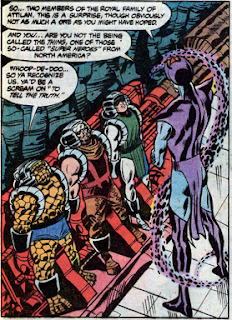 Maelstrom is able to capture several of the heroes, and he doesn’t put them in tubes–to his credit.  But Karnak is still able to escape because he’s “scrawny.”

Lots of good use of the Inhumans in this book, but Deathurge kills Maelstrom in the end and the Amphibians are cured.  Maelstrom’s not really dead, though.

Thing is a very minor character in this—it’s really an Inhumans story.