This story picks up where the Excalibur Special Edition one-shot left off.  The Warwolves sent to Earth by Mojo are still running around England, and they’re killing people in a pretty harrowing way.

Eventually they end up in the zoo.

There’s also a really weird guy called Tweedledope who is part of a gang called The Crazy Gang, and a robot head called Widget who will join the Excalibur team eventually, I believe. Widget helps a young redheaded boy escape some high-tech, mutant-hunting assailants who are led by a woman in safari gear.  The kid will end up being Kylun and will join Excalibur.  I had to research that.

Some of this stuff seems like it’s just weird for weirdness’ sake.  I feel like I’m at a disadvantage with this book for not being familiar with the Captain Britain comics, which weren’t published in the U.S.  I just don’t understand the character and his sister Meggan.  Or maybe this was Chris Claremont’s goal: To create a really “out there” book and have the reader be confused—at least in the beginning.  Also, much of it is written to be intentionally comedic.

Like when Kitty, Captain Britain, and Rachel “Phoenix” Summers stop a hostage situation.   Kitty, who is still stuck in permanent “phase” mode unless she concentrates, dresses as a ghost.  That’s a good story—pretty straightforward.  Nothing else is in this comic.

There’s a recurring blowhard who keeps hitting on Rachel Summers, for example, and tonally the book feels light, even though the Warwolves are going around killing people and we see a young boy being literally hunted through the streets like an animal.

And finally, the back cover has a cute pin-up. 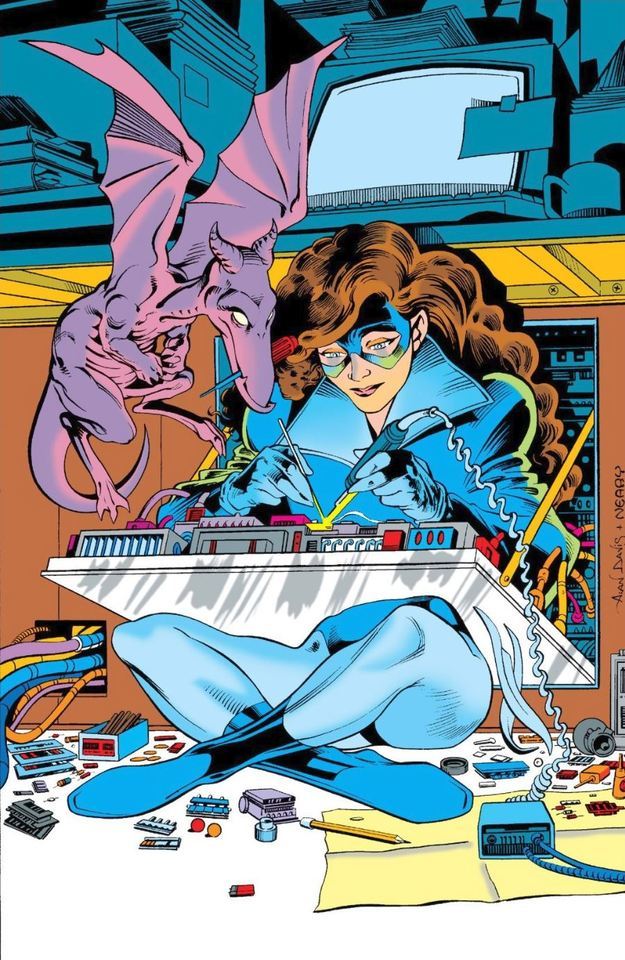