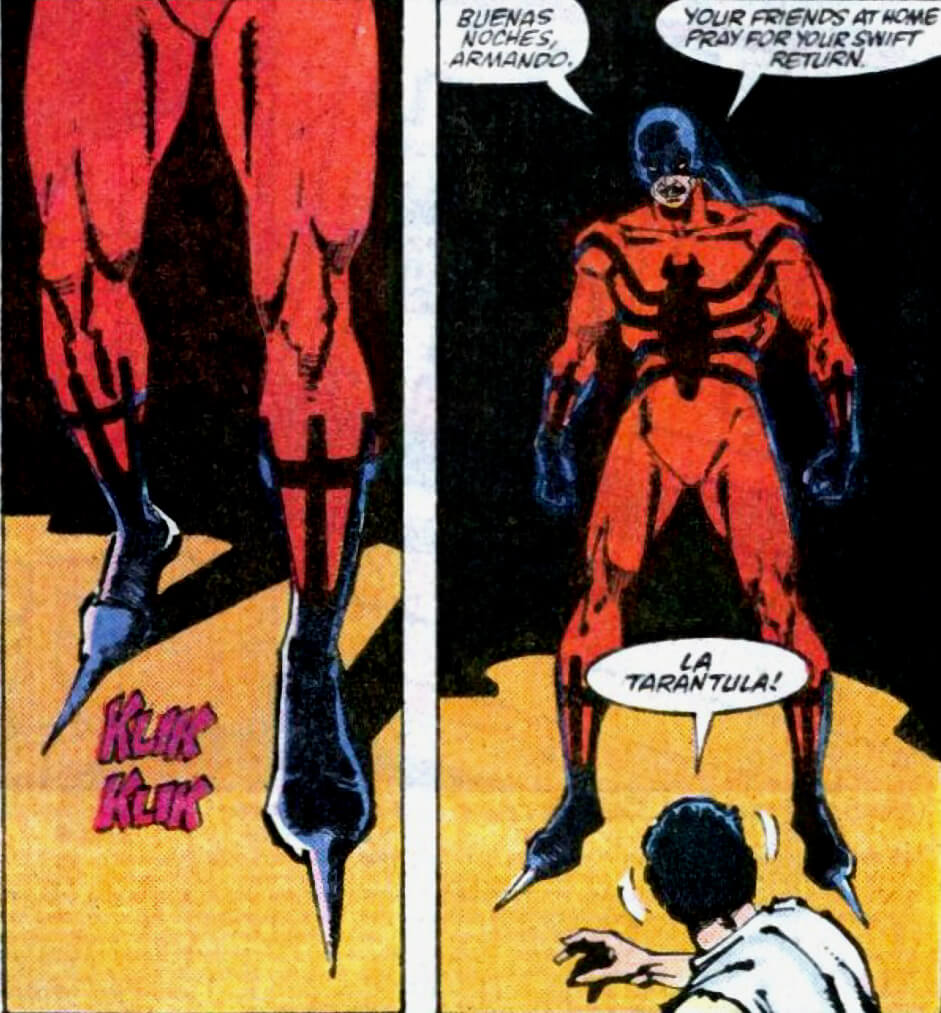 Tarantula (a new person in the old costume) and a group of henchmen come from South America to kill political fugitives hiding out in the U.S.  This brings the new Captain America (John Walker) into the picture. He is teamed up with Tarantula because the government orders him to help round up the dissidents. 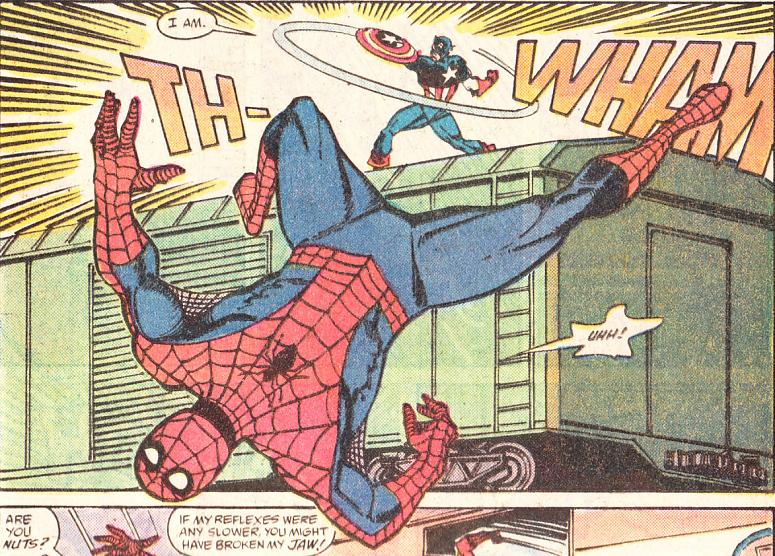 But during the battle, Tarantula’s true nature comes clear and John Walker has a crisis of conscience, leaving his “amigo” behind.

There’s a lot of commentary on immigration policy (of course J. Jonah Jameson runs xenophobic articles about it), but the story never really takes an opinion on the issues or gets too deep about it.  Until the very last panel.

I’m also having trouble understanding John Walker as a character, because in the pages of Captain America he’s pretty much a bigoted dude who I just don’t see having a lot of empathy for illegal immigrants on the run from their own government.  It makes me wonder if Gerry Conway originally wrote this for Steve Rogers, but then adapted it for John Walker?

Also, Tombstone warns Robbie Robertson not to pursue a story that leads to Kingpin.  This will matter more next issue. 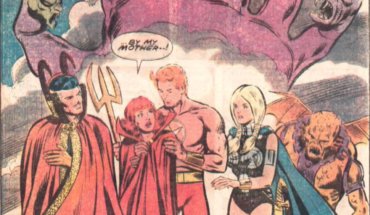 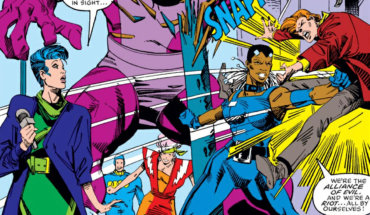