While Charles Bronson starred in Death Wish in theaters, Gerry Conway and Ross Andru came up with their own idea of a gun nut who wanted to obliterate organized crime.  The weird part about this comic is that he thinks killing Spider-Man is an essential part of that goal.

But he’s just being tricked.  By Jackal.  Who also debuts in this issue.  All we know about him is he looks wild and is hiring an assassin with white go-go boots.  And at the same time, Harry Osborn has decided to pick up his father’s costume, which has a similar look.

We’re not told Jackal’s identity in this issue, which is kind of cool–he just emerges from whole cloth.

One of the things that made the early Punisher appearances cool was that he had no origin story.  Like Wolverine, it took a while before Marvel started to reveal more about Punisher’s past (including his real name, Frank Castle).  Unlike Wolverine, when they started telling Punisher’s origin story, it didn’t ruin the character.  It actually made him more interesting. 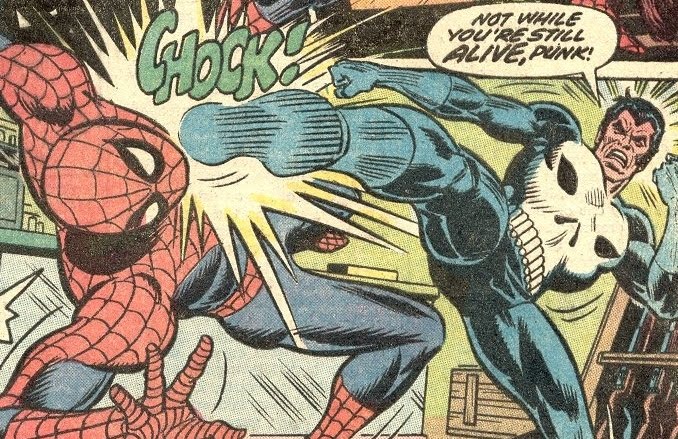 All we learn from this issue is that he was a former Marine who believes that criminals all deserve to die–and that it’s his mission to be their scourge. 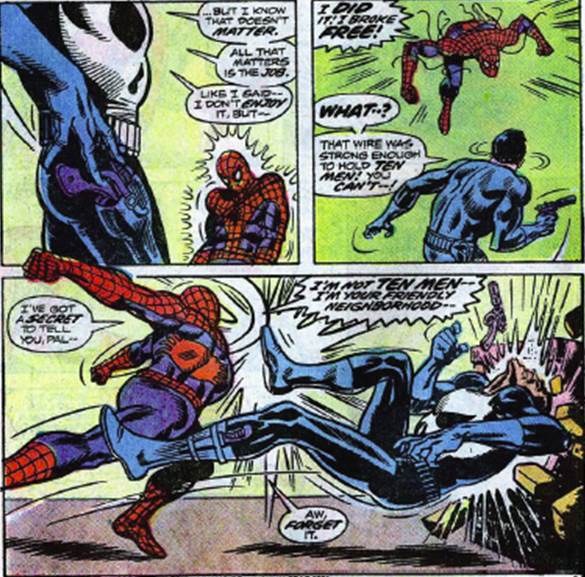 Spidey and Punisher briefly go toe to toe, but really Pun isn’t a close match for Spider-Man–and in later comics, where he takes out the entire Avengers–it gets kind of ridiculously stupid.

Anyhow, like I said, by the end of the issue the two finally talk, and Punisher figures out Jackal was just using him….

First Appearances!, Marvel 1974, Miles Warren is Jackal and Carrion and has clones, Punisher (every appearance), The Amazing Spider-Man (complete series)
Tweet Pin It