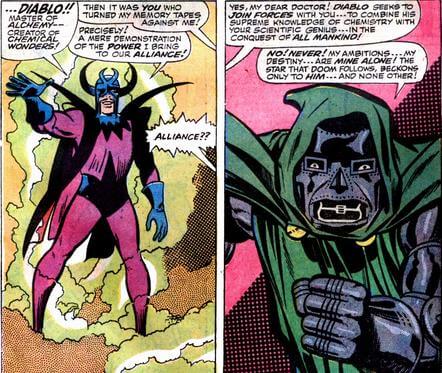 Despite that this anthology series is usually bad and inconsequential, we get a little story here that’s important for several reasons. 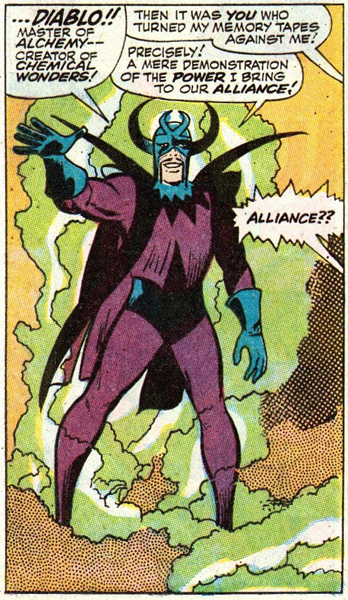 First, it is one of the earliest examples of a villain-focused comic: Dr. Doom and Diablo. 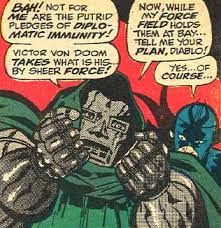 Think of it as a toe-in-the-pool for the future Marvel Super-Villain Team-Up book of the early 1970s.  The water was still too cold, but Marvel would soon go all the way up to the gonads by giving Dr. Doom half a comic, with Ka-Zar, in a few months in the pages of Astonishing Tales Volume One.

Second, it introduces Valeria, Doom’s long-lost love, who Diablo has captured and is using as leverage to get Doom to team up with him.  Over 30 years later, Mark Waid builds this character into one of the best Fantastic Four stories of all time.

Doom doesn’t want to team up with Diablo, and it’s the villain who reminds Victor Von that he once had a love, and she was a gas…

She’s a girl who knew VvD back when he was a young lad and became orphaned when her parents died.  That childhood memory was the last time Victor was innocent, without ambition, and capable of truly loving someone.

Through the course of this short story, Doom double-crosses Diablo and reveals some of his ruthlessness, which leads Valeria to reject him. 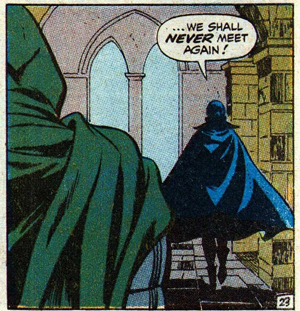 Credits: Script: Larry Lieber, Roy Thomas.  Art: Larry Lieber
Grade: B.  And it had the potential to be much more, but they rushed it in a one-off. 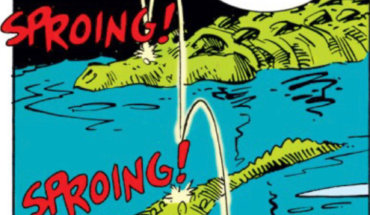