Nick and Cap get some help from Iron Man in taking down Hydra.  Only, it’s not Iron Man!  Madame Masque has built a Life Model Decoy who is inside the familiar red-and-gold suit. 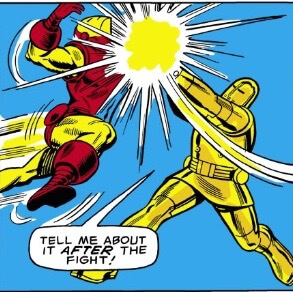 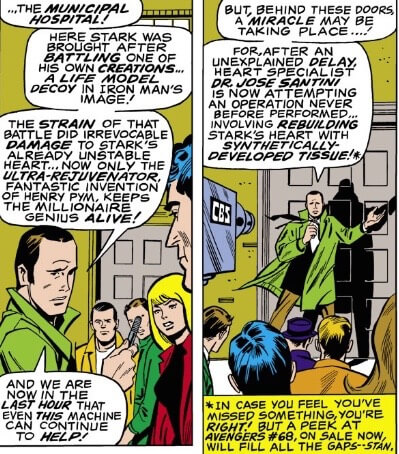 He gets a new heart.  But here’s the catch: He has to avoid “unusual stress.” Can an Avenger do that? Probably not.

Cap tells the press, and Happy Hogan is sad because he thinks Cap is sadder than him and it would make him happy to love Tony more than Cap does.

When he gets out, we get to see him put on his new armor—and it’s explained how it’s so flexible… 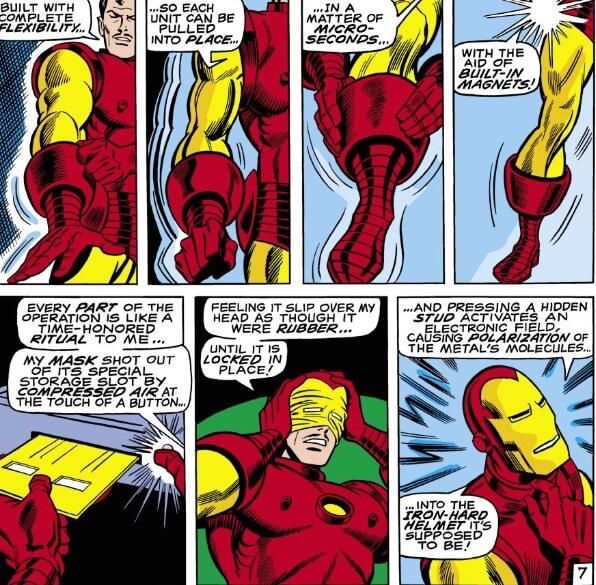 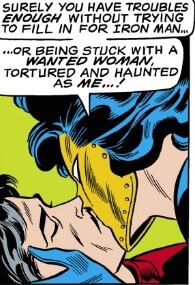 Then, he and Madame Masque team up to take down King Midas (worst villain ever), who was the real reason Tony’s own armor attacked him last issue.  (Masque is doing him to get him to fight Tony with her.)

In the end, Masque leaves him and he’s looking at a new life with his new, fragile heart. 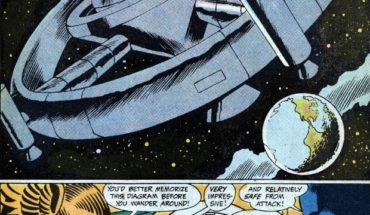