Nightmare holds Eternity prisoner, and Strange has to save him. 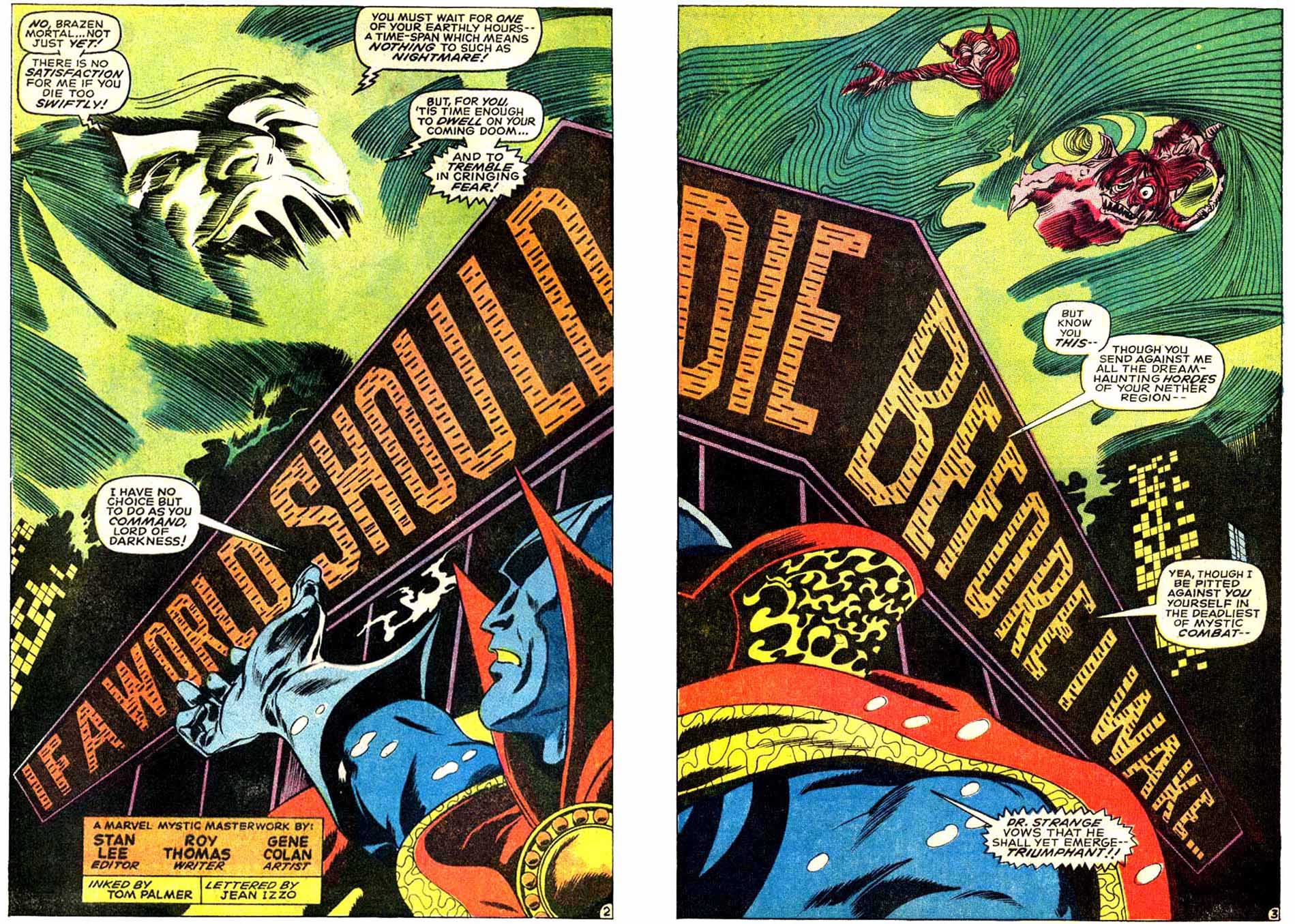 In this period, Gene Colan experimented a lot with large page designs, either full-page panels, spreads, or pages where the art and action flowed together with minimal borders. 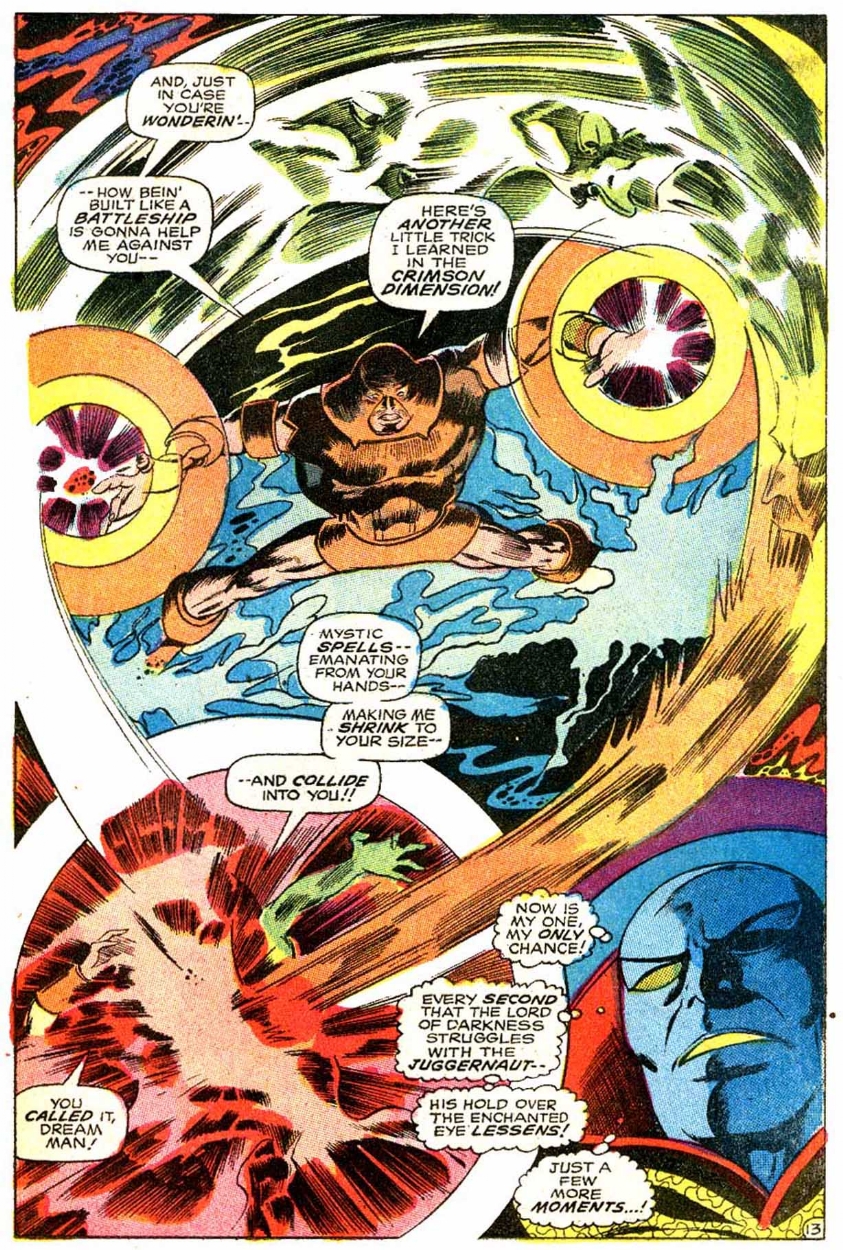 The adventure takes Strange into the Crimson dimension where Juggernaut is being held, but instead of using this comic to break Juggy free and return him to Earth, the adventure ends as status quo for poor old Juggernaut. 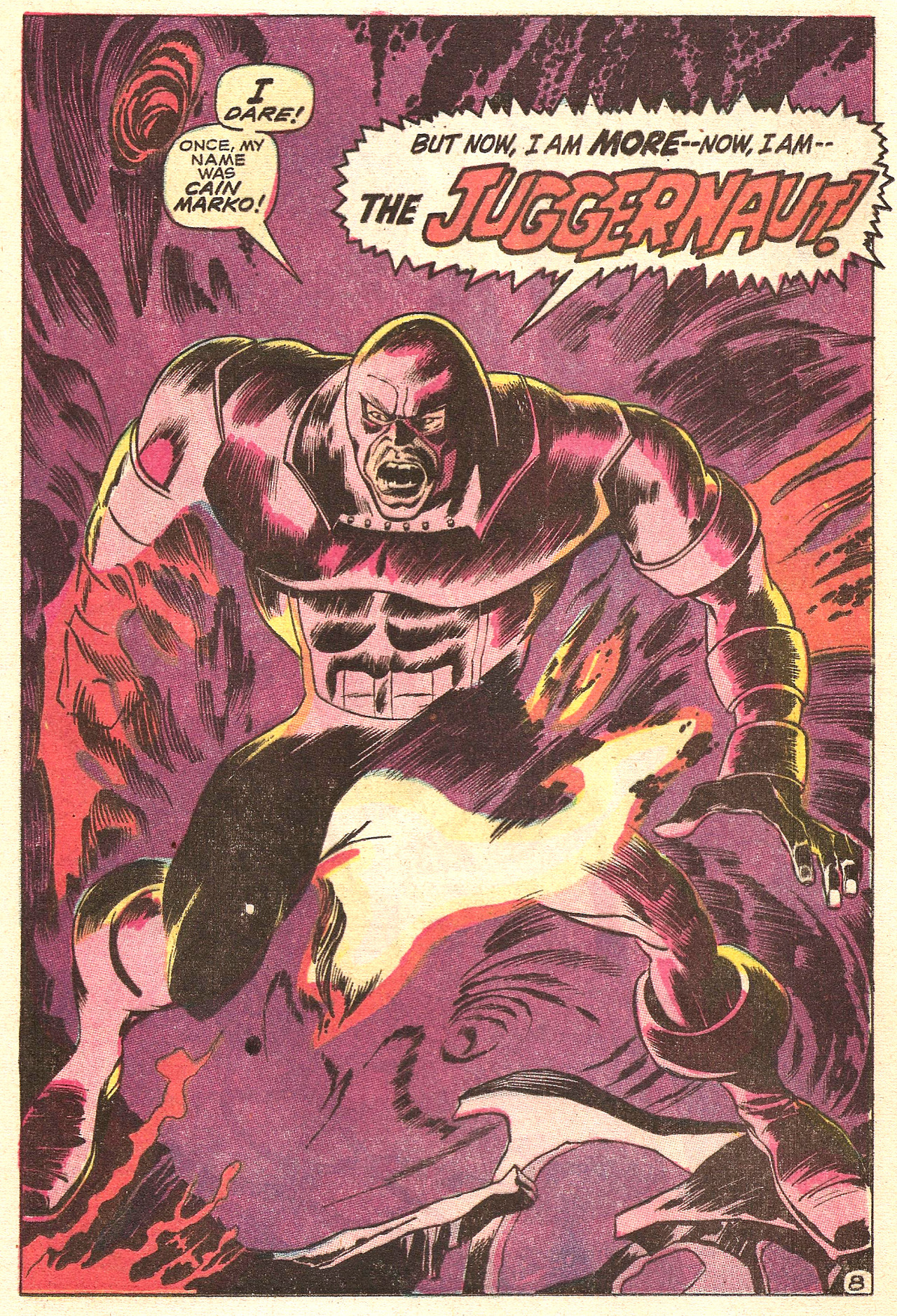 Except that he looks weirdly skinny.

Too bad.  I’m a huge fan of Juggernaut.  But it doesn’t end up as status quo for Dr. Strange, who, as a result of Eternity’s doing, ends this adventure as…

Stephen Sanders!  Since his “Stephen Strange” identity has been compromised, Eternity creates a new one for him.

I didn’t know Eternity could create identities like that.  I wonder if he’d give the New Mutants fake I.D.s so they could buy liquor?

Also in this story: 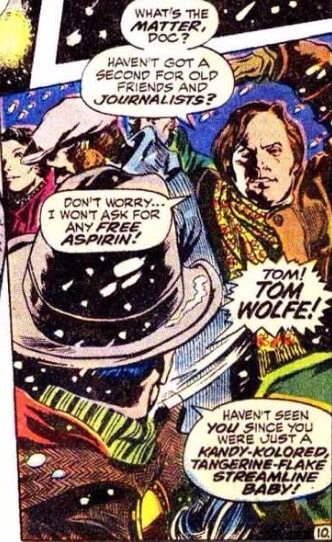 A cameo by Tom Wolfe.

This book will be cancelled next issue. 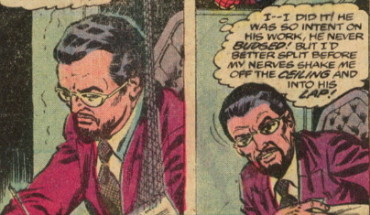