Beast continues to mutate.  They say he’s black, but he’s actually blue. In fact, he looks blue on the splash page.  Or purple. 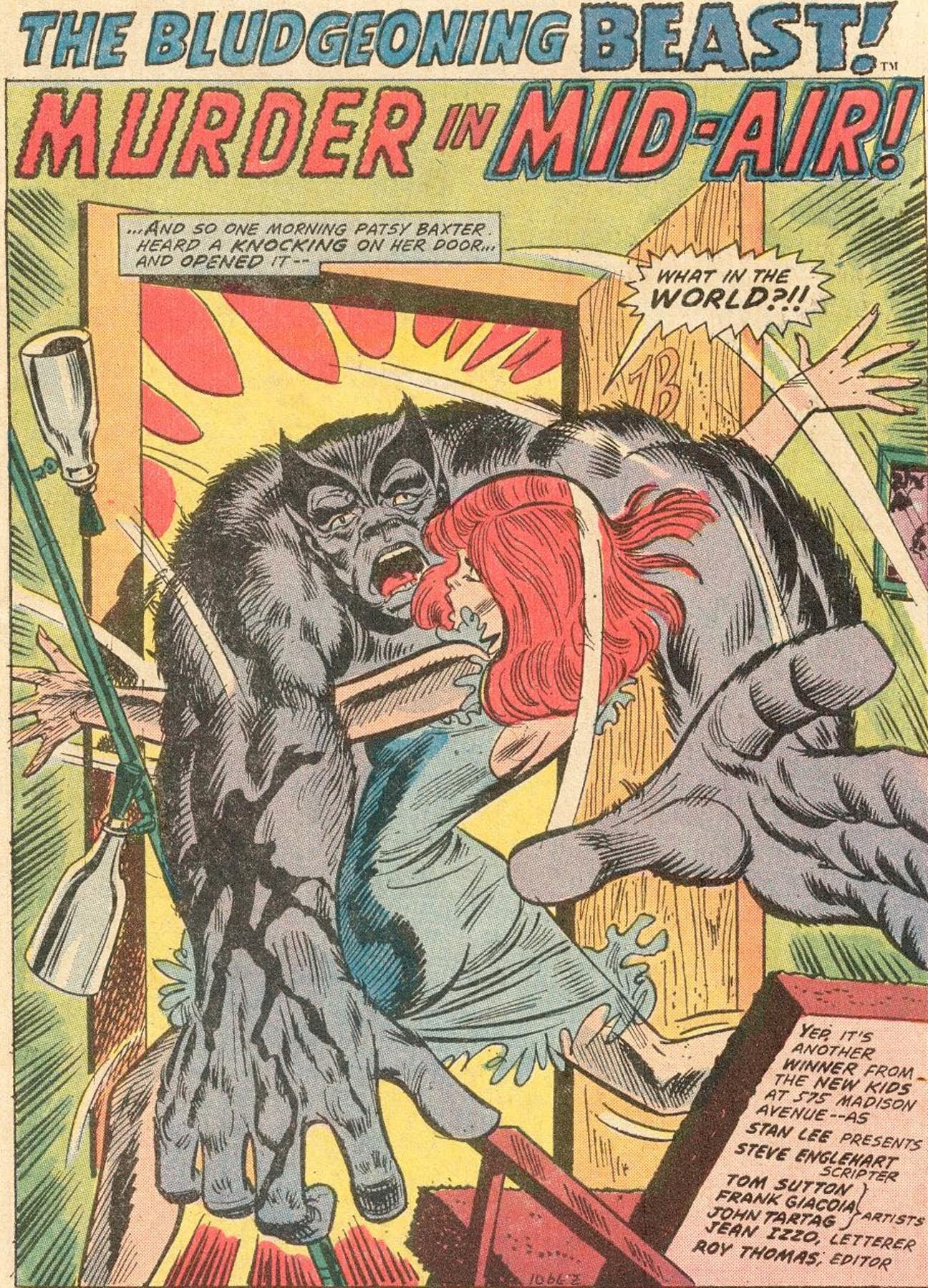 Patsy is a regular guest in adventures with Beast.

And she’ll even, eventually, follow him into The Defenders.  Actually, he’ll follow her.  She joins the team first.

Also, he takes on Griffin and during the battle it’s recognized that his arms are elongated, further making him beastlike.  And that redhead he’s knocking over is none other than Patsy Walker, future Hellcat.

He also begins to show his skills at banter.

And a cameo from Professor X, Jean Grey and Angel.

This is a really fun comic.