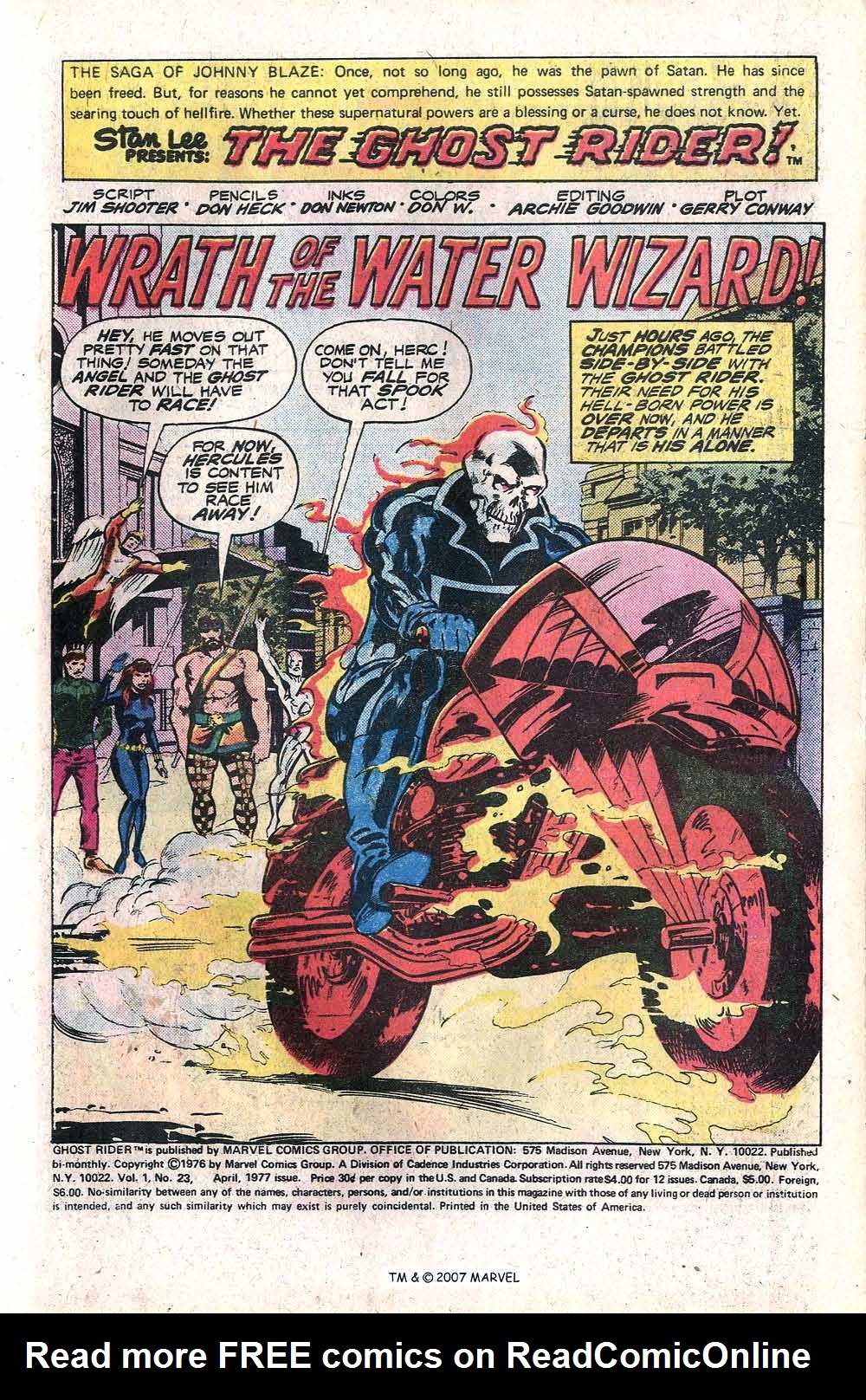 Gratuitously, this arc starts with a splash page that has The Champions on it.  I suppose that does set this issue up in terms of where it sits in continuity, but other than that Ghost Rider’s team has nothing to do with this story.  Instead, this is a story featuring Son of Satan and the return of the villain nobody was waiting for…. 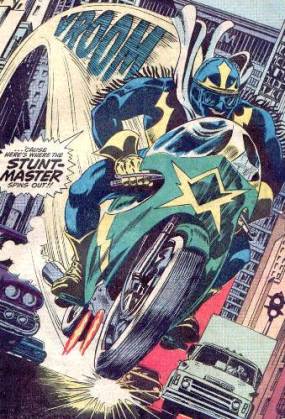 Stuntmaster!  Yes, he’s much more suited to this comic than Daredevil, where he first appeared.  But only because he rides a motorcycle.

When we last saw him, it was as the employee of Crime Wave in an issue where Karen Page’s father was killed. Now, Karen Page has a become a series regular here, as the potential love interest for Johnny Blaze and a movie actress on a movie that requires a stunt double.  Her double, Katy Milner, gets possessed by Satan and Ghost Rider and Son of Satan team up to perform an exorcism.

Along the way, a guy called Challenger-a tool of Satan-requires Ghost Rider to race against his past, offering up guest appearances by Crash Simpson, Orb, Thing, Spider-Man, etc.  Except they’re demonic imagery and not real, so I’m not listing them as guest shots.

In the end, we learn that Katy Milner is actually Roxanne Simpson-she was being hidden by the Devil-so Johnny is reunited with his true love and Karen Page limps off, jilted.

She has to have the worst love life of any Marvel character. In the end, Ghost Rider is freed of his Satanic curse but still has his powers-which I thought had already happened, but apparently it needed to happen again.  He also makes a motorcycle out of hellfire, something he has already done but apparently he didn’t realize he still had the power to do it.  So, it’s kind of like a retcon without actually retconning anything.

As far as Ghost Rider comics go, this is a decent one.  But that’s damning with faint praise.  (Get it, “damning”?)

Creators: Tony Isabella and Frank Robbins
Grade: C
For the complete history of the MU, year by year, go here.