Stern and Byrne get their run started with an introspective issue about Cap’s past, in which they undo all the crap that happened over the past two years to rewrite his origin to the point where the character made no sense.

They do it by saying it was all false implanted memories.

Along the way, he seems to be fighting some of his greatest enemies until… 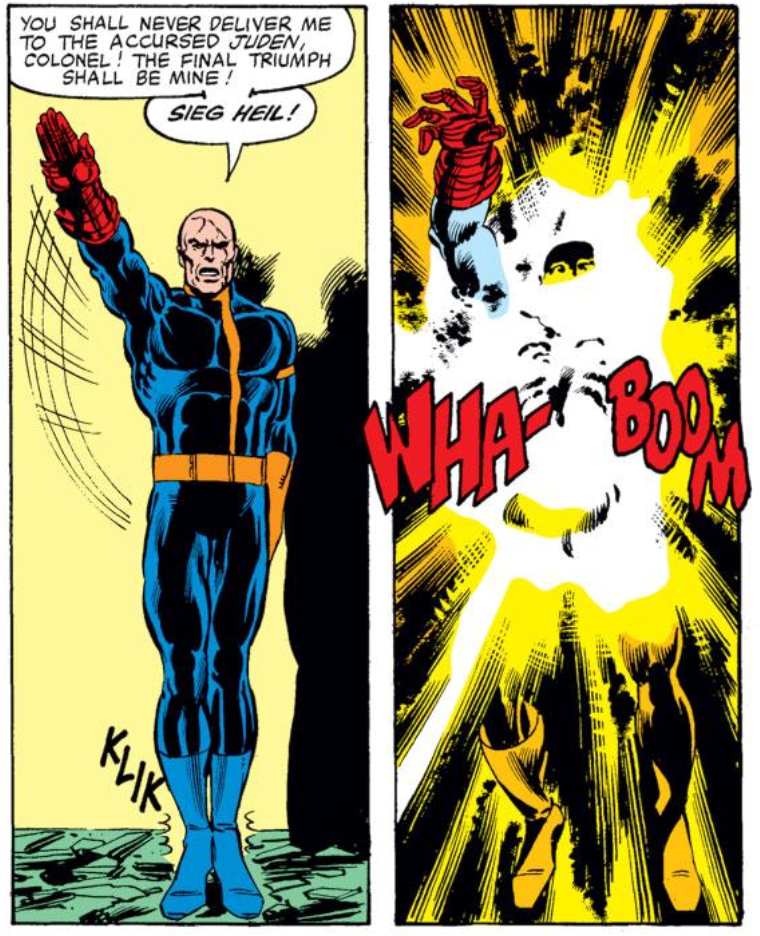 They’re robots, which we will learn were created by Machinesmith.

It’s a clever start to a terrific run.

And they pay tribute to artist Sal Buscema with graffiti on a wall.