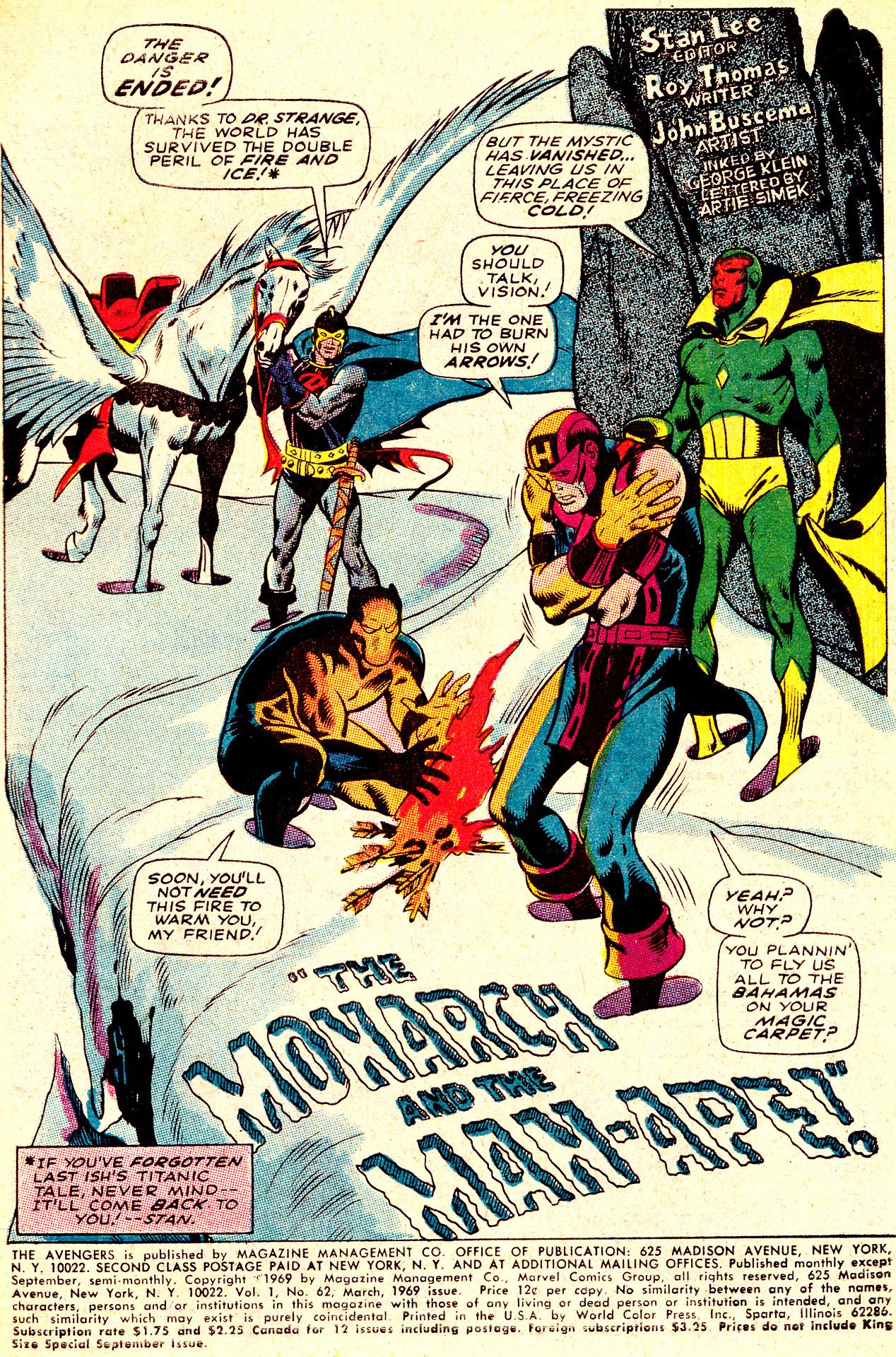 At this point in time, the roster of Avengers is hardly Earth’s Mightiest Heroes.  50% of the team is Black Knight and Hawkeye. Anyway, this is basically a Black Panther solo story, where he battles for the kingdom of Wakanda against Man-Ape. 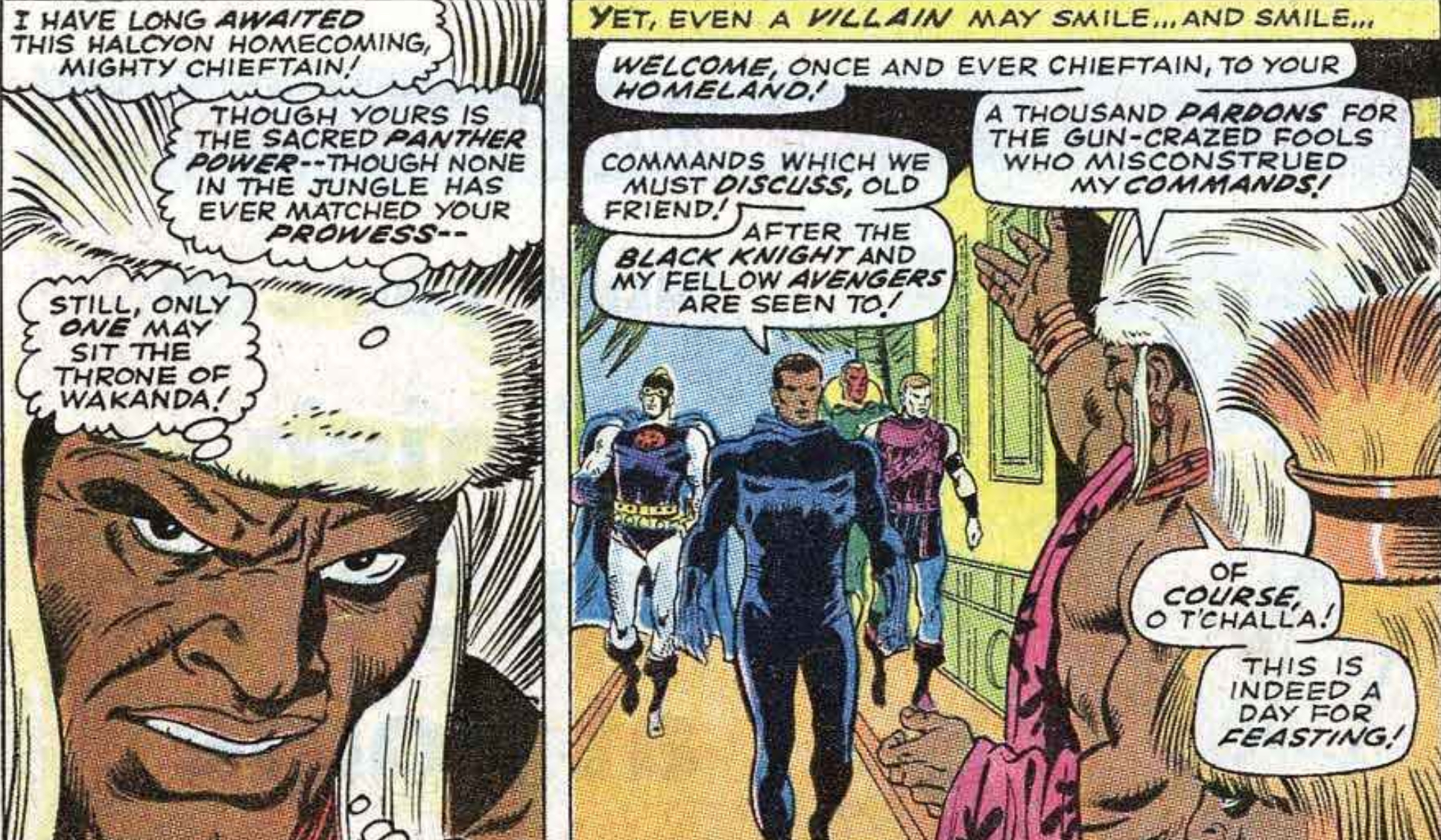 Because every time we see Black Panther in Wakanda, someone is trying to steal his throne.  He’s really not a good leader if he’s always in jeopardy from his own people.

Before the big battle… 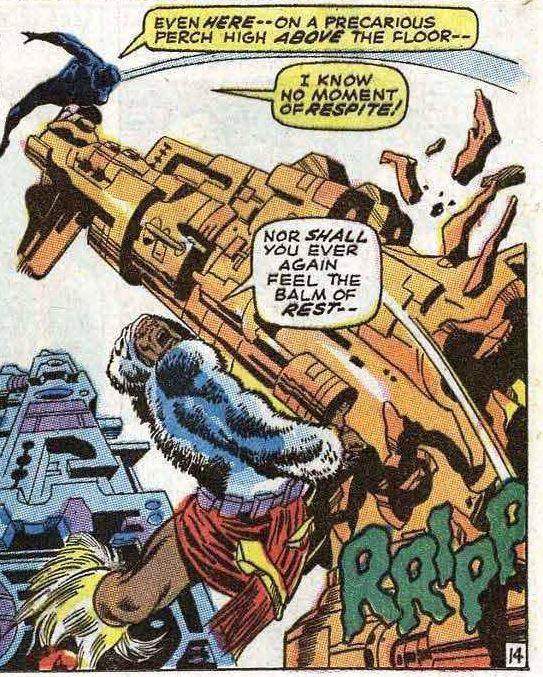 In the end, Man-Ape dies from a bunch of stuff landing on him when The Avengers bust in to save T’Challa.  So, The Avengers do cause a death here.