Part of what makes Steve Englehart such an interesting writer is his range.  He could do straightforward superhero stories, but he also could get his weird on.

Hulk is where he got weird. Jim Wilson sees Hulk and does a “Heil Hitler” before bringing him to his girlfriend’s house. 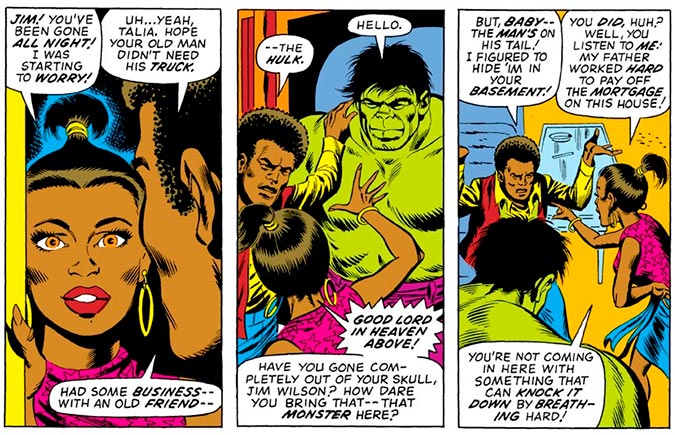 While Jim Wilson is calming Hulk down and getting him to change back to Bruce Banner, MODOK is luring Betty Talbot (nee Betty Ross) into a trap.  Remember, over the past several issues she’s been showed to be losing touch with reality, so her mind is easy for MODOK to affect…And he turns her into a new villain: Harpy!

The cliffhanger of this issue has Harpy defeating Hulk!

Creators: Steve Englehart and Herb Trimpe
Grade: B
For the complete history of the MU, year by year, go here.