I’m not gonna lie: Marvel Super Heroes was a shit comic.  After introducing Captain Marvel, the anthology series descended into awfulness.  #14 was a solo Spider-Man story that was created as a fill-in issue.  It’s the first time Ross Andru draws Spidey, so I guess that’s cool, but the story is just awful.  Spidey Super Stories were better than this. #15 is a solo story about Medusa, with the Frightful Four trying to get her to come back to them by offering to restore Black Bolt’s voice–but Wizard’s science fails.  It was designed to lead-in to a solo Medusa book, but that never happened.  Probably because the comic sucked.

The book had been one new story, backed up with several reprints.  #16 is all reprints.  At least I think it is—there’s no creator credits anywhere to be found. 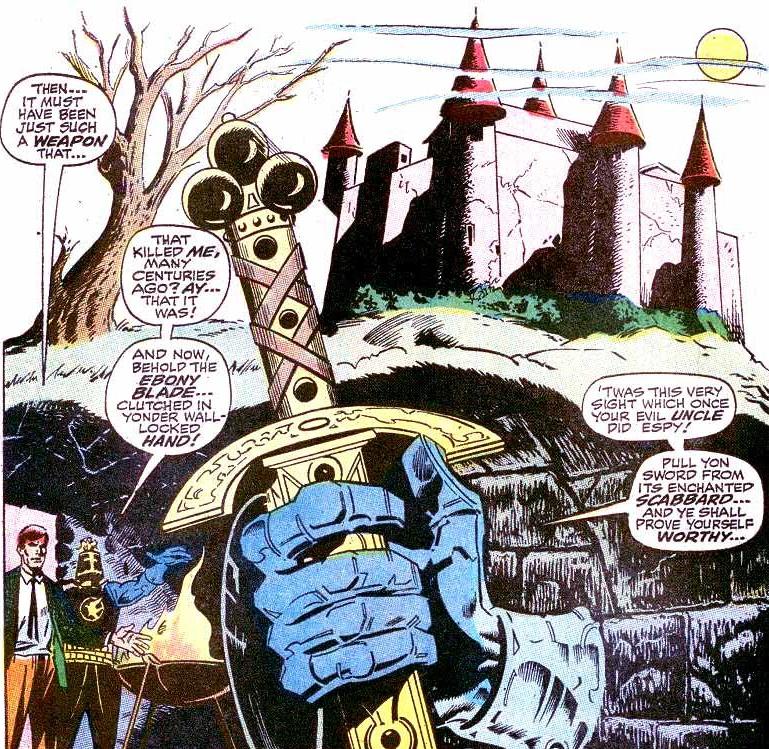 Then for #17, Roy Thomas and Howard Purcell tell an expanded origin of the Dane Whitman version of Black Knight—the heroic one.  Arguably, it’s a more important issue since Black Knight becomes an Avenger in the future, but…It’s Black Knight.  Nobody cares.