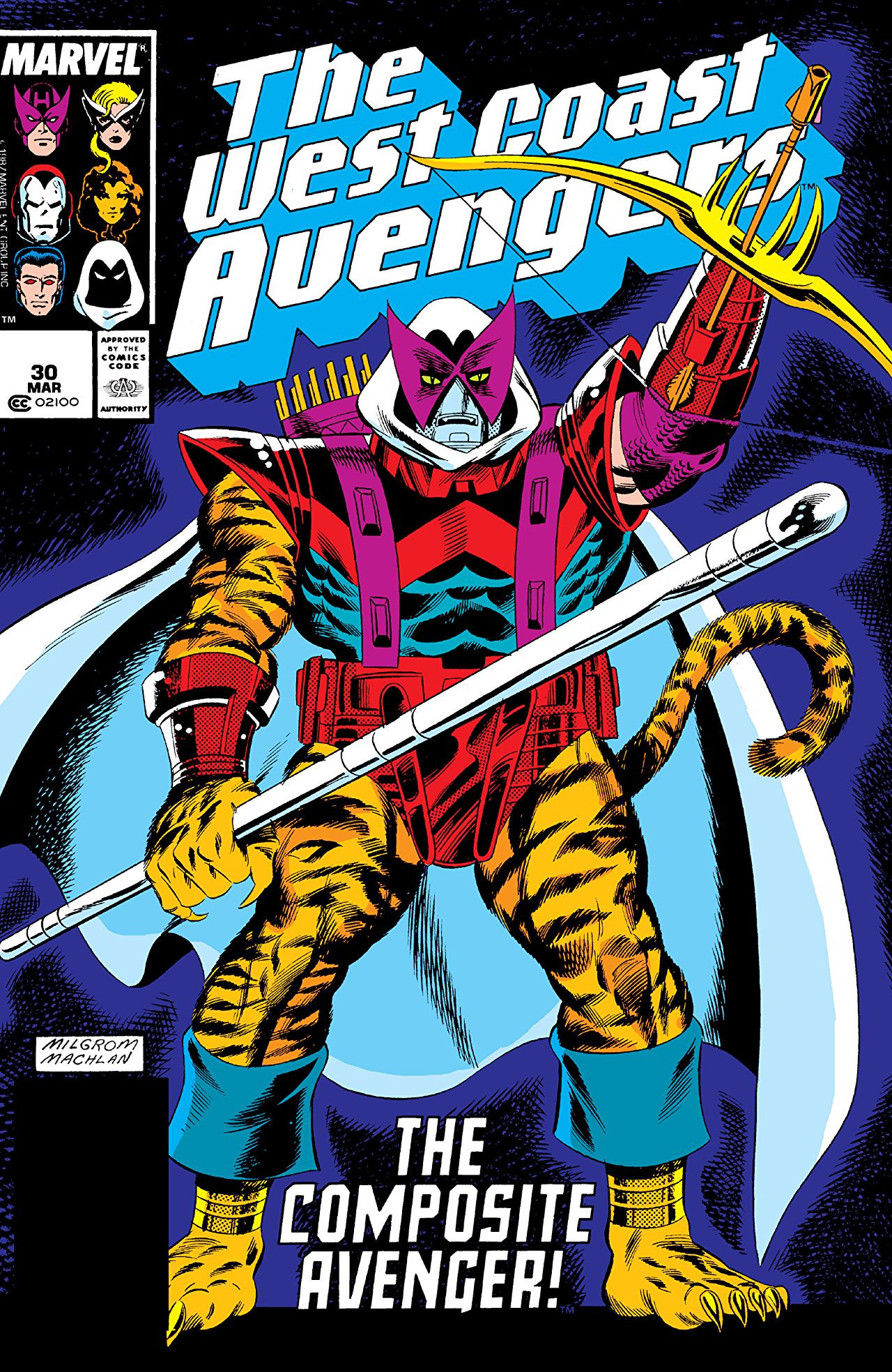 Look at that awesome cover.  Don’t you totally want to see that? Okay, then some robots attack the Avengers, sent by alien “examiners” who are trying to see why the team is known throughout the universe.  (Guys—you visited the wrong team.  This is the one with Hawkeye and Mockingbird.)

And where the Hell is the composite Avenger I was promised on the cover? Wait!  It’s the last page!  And it’s not to be continued?!?  The aliens are creating him way over in their own universe, and we’ll never even see him fight the West Coasters?????