This book makes me rethink this blog.  Every time.  It’s just bad, bad book.  Fortunately, it doesn’t matter much.  It rarely ties into the greater Marvel Universe, so a very quick read (skim) is entirely sufficient.

The most frustrating part of Alpha Flight is that there are lots of interesting ideas that are poorly executed.  Not that these issues exemplify that problem.

This story brings back Canada’s “Great Beasts,” who are some kind of mystical sasquatchian types who fight for dominance over the tundra.  Somehow, it all ends up in space and then in another dimension called “Liveworld” which is part of newish Alpha member Manikin’s lore, but…I really don’t care.  I could figure it out if I read more closely but, God help me, I won’t do that. 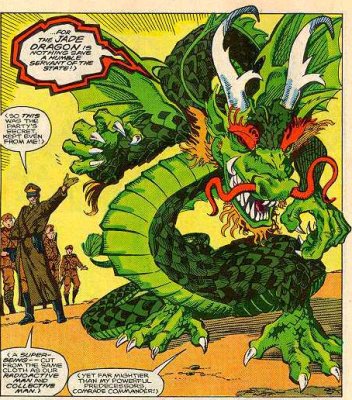 Somehow, it ends with Alpha Flight in China, provoking an international incident that results in a new character, a talking dragon named (ugh) Jade Dragon, petitioning the Canadian government for sanctuary and joining Alpha Flight. 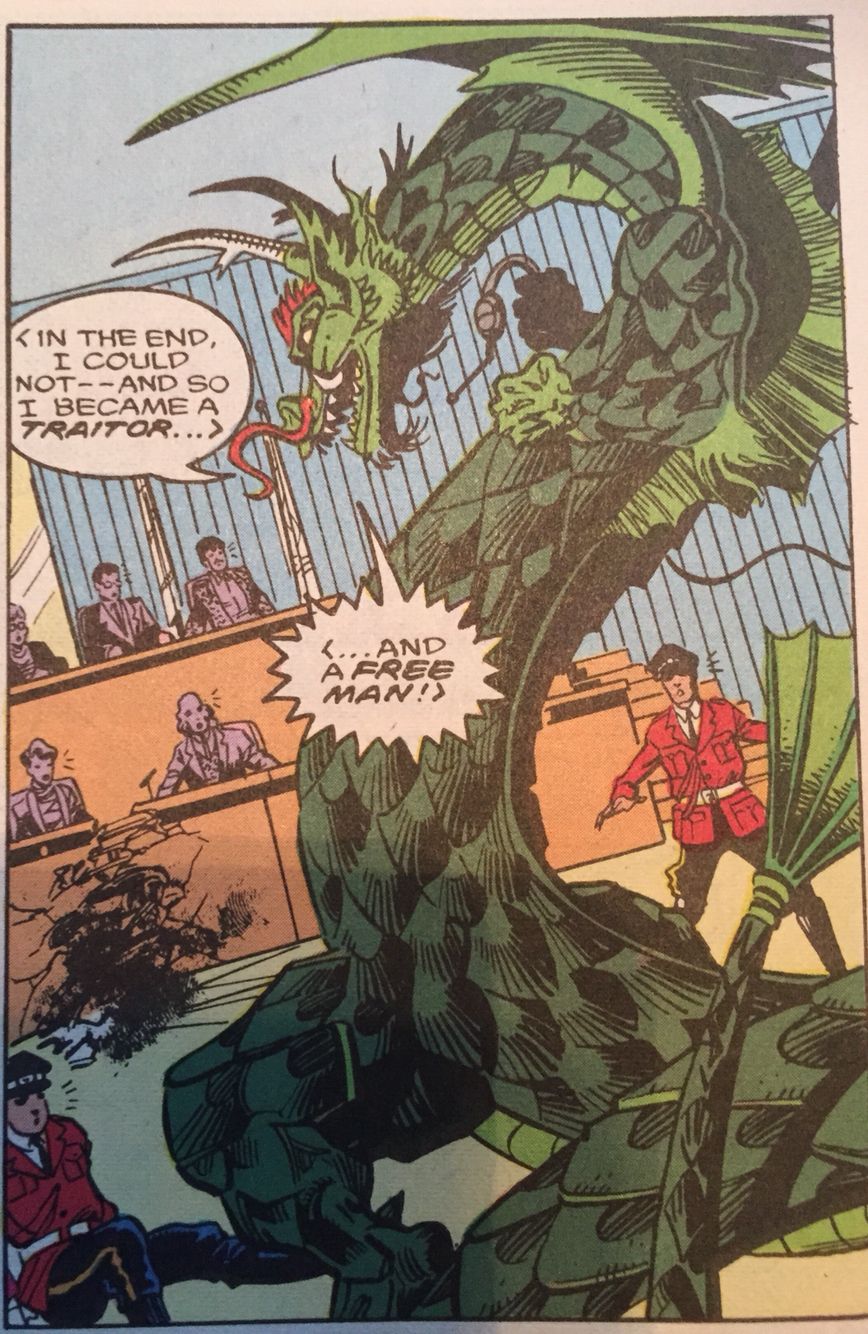 There are some pointless cameos by lots of American superheroes watching the government proceedings on TV.  I’m not even gonna tag those appearances because anyone involved in this comic should be too embarrassed to want credit.

Especially Jim Lee, who will later become a legend of the industry.