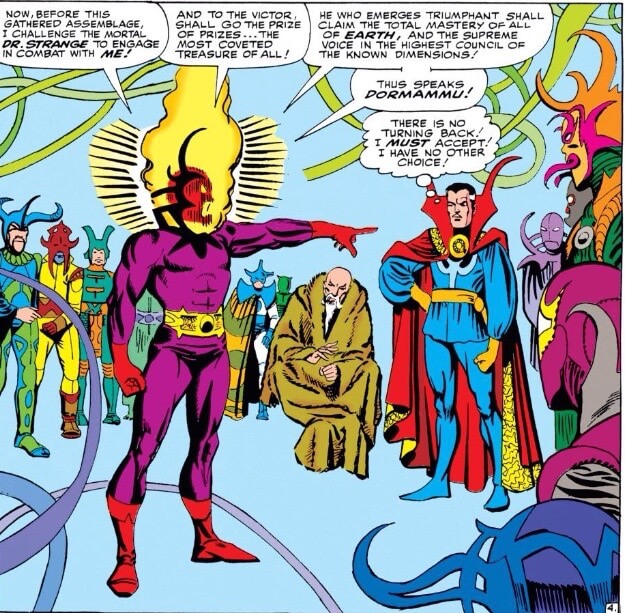 Nick Fury and Dr. Strange each take on their biggest foes in these great issues.  And Fury reunites with his war buddies, the Howling Commandos.  Let’s start with the good doctor.  Dormammu challenges Strange to combat, with the right to master Earth in the balance.

During the combat, Strange gets the edge so…Baron Mordo, Dormammu’s disciple, cheats–he shoots Strange in the back.

Dormammu, it turns out, isn’t a fan of cheating–he feels it besmirches  his own honor.  So, he banishes Mordo.  Mordo ends up going to Earth and putting a bomb in Strange’s Sanctum Sanctorum and doing black magic in New York City, which forces Stephen Strange to return to Earth.  In the meantime, Dormammu starts messing with Clea. 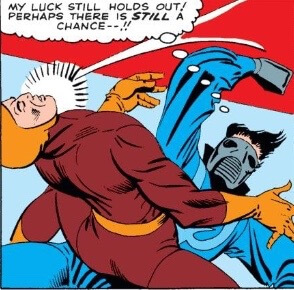 On Earth, Mordo’s minions manage to muzzle Dr. Strange so he can’t cast spells and has to fight his foes hand-to-hand.

Dr. Strange doesn’t have super strength or anything close to it–his being able to catch himself on a ledge and pull up his own body weight with no grip and muzzled hands is ridiculous.

Strange takes care of the Earthly challenges, and is then free to go after Clea.  That phase of this story pick up in issue #144.

Overall, this is pretty good stuff.  Steve Ditko’s the perfect artist for this book, and Stan Lee’s penchant for overdramatization works well when you’re dealing with a villain whose head is made of fire. 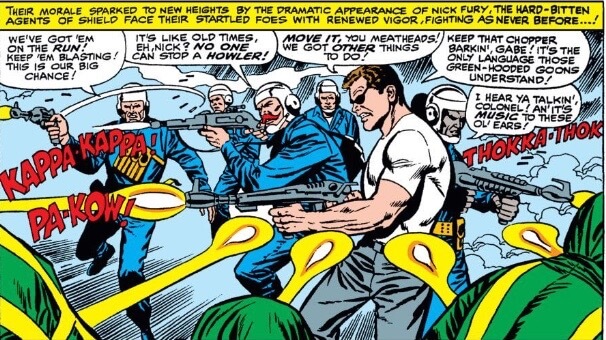 In the Nick Fury half of these books, we see this neat cutaway of Hydra’s base…

Who knew they had a Board of Directors?

These issues are just more of SHIELD vs. Hydra.  They’re well-done, though.  And Hydra ride skateboards.

But SHIELD has shoes that stick to walls. 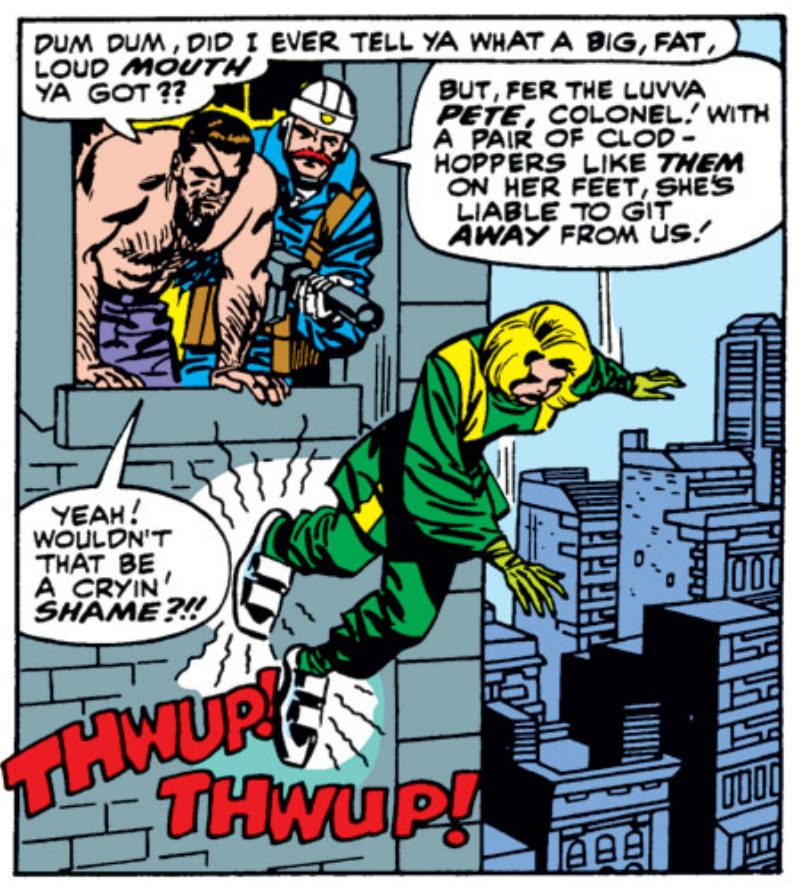 And an intercontinental cell phone: 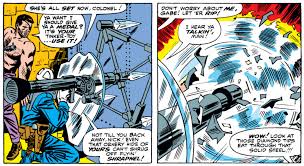 This story also introduces SHIELD’s ESP unit, where the agency is experimenting to see if they can develop psychic abilities in test subjects–something a lot of late 1960s hippies believed the CIA was doing in real life. 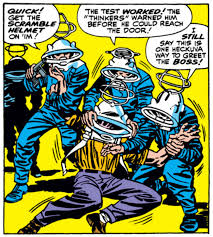 They have to wear dopey helmets to access ESP.

Mentallo is introduced as someone quite interested in stealing from SHIELD’s “Operation Brain Blast.”  He teams up with The Fixer to kidnap Nick Fury, fit him with a special helmet, and control his mind. 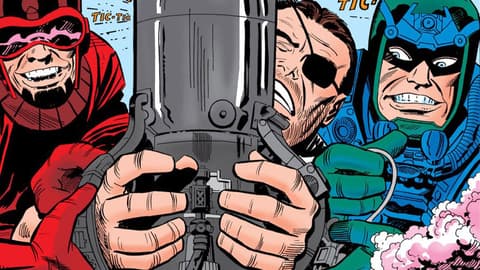 Fixer and Mentallo will be partners for a while.

Tony Stark joins in, inventing a neutralizer to counter Fixer’s brain-control helmet, and Nick Fury is able to save the day with the help of the ESP unit.

At the end of the issue, it appears that SHIELD’s ESPers have taken Mentallo’s powers away permanenty.